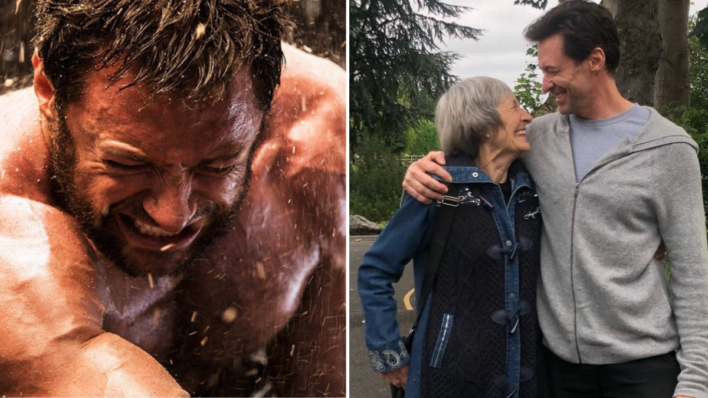 After his mother left him when he was 8 years old, Hugh Jackman felt abandoned. How did he finally make peace with his mother’s decision?
By Shaoni Das    September 14, 2021

After his mother left him when he was 8 years old, Hugh Jackman felt abandoned. How did he finally make peace with his mother’s decision?

Hugh Jackman is the epitome of the picture-perfect “family man,” but it hadn’t always been this way.

Everyone has their ups and downs with family — that’s pretty much the only guarantee in life. However, very few can claim to have been completely abandoned by their mother as a child. That’s exactly what occurred with Hugh Jackman, who was only eight when his mother walked out on him without so much as a proper goodbye.

When you’re a child, you don’t understand the complexities underpinning these drastic developments. You just feel raw emotion, which emboldens you to act impulsively and latch onto ill-advised assumptions. Hugh, like any other kid in his position, was left shell-shocked by his mother’s move, and it took him a while before he could reconnect with her and come to grips with her shocking decision.

They’re in a better place as of late, but the road to this reunion has been strenuous and testing. Here’s how Hugh Jackman negotiated with his mother’s sudden departure:

Hugh’s described his mother’s abandonment as “traumatic,” but he never lost hope

To understand Hugh’s chaotic childhood, we need to begin with his mom and dad and their background. Grace McNeil and Christopher John Jackman were born in England and had immigrated to Australia as part of a population development scheme. Their three eldest children were born in the U.K. and Hugh was only the second of the brood to be born in Australia.

Grace and Christopher divorced in the mid-seventies, and Grace decided she would head back to her homeland to start her life anew. Hugh described the moment as “traumatic,” but he harbored childlike hope that she would return home one day. She never did.

It was traumatic. I thought she was probably going to come back. And then it kind of dragged on and on.

Hugh Jackman to WHO Magazine via Daily Mail

Talking to 60 Minutes Australia, Hugh recalled the exact day she packed up her bags and left her old life in the rearview mirror. “I remember her being in a towel around her head and saying goodbye, must have been the way she said goodbye,” he shared. He didn’t register that her nonchalant goodbye signified something more serious, something more permanent. Upon returning home from school, he realized no one was home. The very next day, a telegram appeared in their house, notifying Hugh and the rest of the family that she was in England. “And then that was it. I don’t think she thought for a second it would be forever,” he added.

Grace’s abrupt exit left the entire Jackman family reeling — they weren’t sure how they could cope without her. What’s worse is that Hugh’s sisters, Zoe and Sonia, shortly moved to England to live with their mother, leaving Christopher to raise his sons, Ian, Ralph, and Hugh, as a single dad.  It was an environment charged with anger, resentment, and sadness, as the boys had to learn how to manage the household without any of the women present. “At the time, I was miserable and angry, and my brothers and I used to fight all the time,” the 52-year-old actor told Perth Now in 2009.

As helpless and dejected as he felt due to his mother’s desertion, he never stopped hoping. He would still be able to meet her about “once a year,” but she never indicated in the slightest she was planning to return to his side. When the Greatest Showman actor was about 12 or 13, his mom and dad were considering a possible reconciliation, offering a semblance of hope to a young Hugh. Unfortunately, it didn’t pan out, and Hugh felt exponentially more disheartened than he ever had before. “All those years I’d been holding out hope that they would [reconcile],” he told Parade. Though Hugh’s wishes never materialized, he still knew his mother loved him in her own way.

As a child, you put your mom and dad on a pedestal and are not aware of any of their inadequacies. Your parents are your heroes, and you’ll treat them as such for a long time. Of course, you can be peeved by their harsh rules and punishment, but you’ll still abide by their instruction because they’re the adults in this scenario, and they’re supposed to know everything. Hugh wondered and wondered and wondered why his mother would ever leave the family, yet he still didn’t have the faintest idea of what spurred her to leave.

The reason why Grace left is that she suffered from postnatal depression in the wake of Hugh’s birth. As per Hugh, “There wasn’t a support network for her” in Australia, so she made the most rational, liberating choice for herself and decided to establish herself elsewhere. It is a tough decision, no doubt, but from an adult’s perspective, it’s also understandable. Hugh reached the same conclusion when he reconnected with her as an adult and heard about her trauma in detail. The reveal certainly didn’t erase years of anguish, but it allowed Hugh to make sense of the abandonment and reframe the situation with more depth and forgiveness. As a result, he could make peace with Grace and rebuild their relationship from the ground up.

As I grew older I gained an understanding of why Mum did leave […] We have definitely made our peace, which is important.

Hugh Jackman to The Sun

Hugh’s Instagram photo with his mother on August 23 confirms their rapport is as strong as ever. With a simple caption, “Mum,” the father-of-two affirms his love for his mother and shows the world how far they’ve come. A lot might have transpired over time, but there’s nothing quite a mother-son bond.

It takes time to understand your parents’ choices

It’s impossible as a kid to step into someone else’s shoes and view the surroundings through their lens. That’s why you tend to take everything your parents say or do at face value; you lack the three-dimensional perception to dig deeper and examine the significance of your parents’ choices. At the end of the day, your folks aren’t heroes or villains. You don’t have to idolize nor vilify them; they just did the best they could with the resources they had available in their particular community.

It takes time and patience, and continued persistence to empathize with their choices. You might disagree with their viewpoint, but sometimes you’ll understand why they did what they did. Parenthood is a challenge inside out, so it takes being in a similar position to gain an appreciation for your mother, father, or any guardian, for that matter. Just keep holding onto hope, as Hugh did, and the answers will present themselves to you.