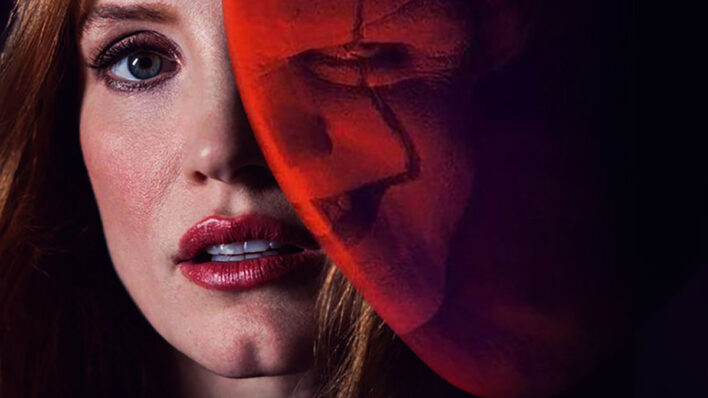 What We Can Learn About Trauma From IT’s Creepy Clown

It – Chapter Two addresses the impact of repressed childhood memories. Here’s why Pennywise is just a metaphor for unresolved trauma.
By Flavia Medrut    September 20, 2019

It – Chapter Two addresses the impact of repressed childhood memories. Here’s why Pennywise is just a metaphor for unresolved trauma.

It’s no secret that Stephen King is a master of the horror genre, and It (1986) is by far one of his scariest novels.

In 2017, director Andy Muschietti, has successfully turned the first part of it It into a hit movie. Two years later, a sequel covering the second half of the story followed.

While the first movie deals more directly with bullying, fear, and grief, the second, It – Chapter Two, addresses the consequences of an unaddressed childhood trauma.

In It, the clown many of us have come to fear is an ancient demonic entity from a dimension containing and surrounding our world. It first arrived to Earth during prehistoric times causing a massive cataclysmic event similar to an asteroid impact in the area which would later become known as Derry, Maine.

It remained dormant until the arrival of mankind. This evil being is a shapeshifter who uses its ability to transform into each of one’s greatest fears, but the shape it uses to lure children is that of a clown – Pennywise.

Unresolved childhood trauma is a clown?

At a closer look, Pennywise is not your average scary clown – he is a metaphor for unaddressed childhood trauma, worst nightmares, individual demons and everything in between.

It is the worst our mind can put us through if we let it.

The group of children in the first chapter were all outsiders, “losers” as they deliberately call themselves. All of them were bullied by Henry Bowers and his gang and suffered their own share of childhood trauma.

Now, all of them have grown to become successful adults, but not everything is as great as it seems.

All of those who left the town gradually forget the events of their childhood, except Mike who remained in Derry. He is the one who calls everyone to return to their hometown when It resurfaces.

Even if the characters seem to have forgotten about It, the trauma of past events is projected into their adult lives.

In the first Chapter, Bill grieves over the loss of his little brother and is constantly bullied for his speech disorder – stuttering.

After 27 seven years, Bill is a successful writer who is now able to speak correctly, but as soon as Mike calls him, he reverts to a state where he is not able to physically communicate properly.

He realizes that he is still mourning the disappearance of his brother for which he also feels guilty.

Mike, on the other hand, is an orphan whose parents burned alive, an event he witnessed first-hand. As the only character that chose to remain in Derry, he hasn’t forgotten a single detail of his past trauma.

Beverly used to live with her abusive father and has earned an unjust reputation as the town slut. She is the strongest in the group and she proves it when she confronts and defeats her father – she faced her biggest fear and won.

But even after leaving Derry and becoming an adult, Bev couldn’t get out of the cycle of abuse, so she married a violent husband who, despite the appearances of their chic life, controls and abuses her.

Eddie was regarded as a fragile individual who was a hypochondriac. He had an extremely overprotective mother who made him believe he was constantly sick and even gave him fake medicine.

Later in life, Eddie marries a woman who is very similar to his mother in personality and looks, controlling him and keeping him afraid.

Richie is the club’s “trashmouth” who uses his sense of humor as a coping mechanism. Richie’s biggest secret is that he is gay, and his story becomes clearer in Chapter Two, where as an adult, Richie is not over how virulently homophobic Derry was — and still is.

He instantaneously pukes upon receiving “the call” from Mike in a physiological reaction to remembering the traumatic event — a symptom of PTSD.

Ben is the “new kid” bullied for his obese appearance. After 27 seven years, he comes back as a confident, built, handsome man.

It later reveals that although Ben’s body drastically changed, inside he’s still a fat boy with a low self-esteem.

How does our brain cope with trauma?

Our brains automatically stores our experiences into a form of memory. Some of those memories are held indefinitely (long-term memory), and some we forget quite fast, but can still access (short-term memory). However, there are times where your brain “walls off” the memory of a painful experience, for its own good (repression).

The original concept of repression was proposed back in 1824 by Johann Friedrich Herbart, but was later popularized by Sigmund Freud. The father of psychoanalysis has made a clear distinction between repression and suppression. He believed the first one to be an unconscious way for the mind to act against trauma, while suppression is a conscious decision to block out memories.

Experts state that when we experience intense stress or trauma, actual neurological changes happen in the brain to enable us to survive the event. These changes help us cope by pushing the memory out of our consciousness

According to Darlene McLaughlin (MD, psychiatrist), if the brain registers an intense trauma, then it can essentially block that memory in a process called dissociation — or detachment from reality.

The impact of repressed memories

Your brain is doing its best to protect you, but as it turns out, the process is not a perfect defense mechanism.

At the time of the painful event, repressing the memory might be the only way that keeps us from a severe breakdown, but if the memory is left repressed, many psychologists believe that it will lead to mental problems further down the line.

PTSD, or Post-Traumatic Stress Disorder, is proof that memories can find their way back into the conscious and hit us as hard as the first time we experienced them.

When someone buries a particularly painful event to protect themselves, PtSD results in them suddenly and without warning reliving it. Certain environmental cues can trigger traumatic flashbacks of the event.

When someone experiences a negative or traumatic event in childhood, their brain records the specific sensations (sights, sounds, smells, etc.) and brings that negative experience to memory when similar stimuli is encountered in the future.

Address and confront your fears

Dealing with trauma in any way can be an overwhelming and scary experience, and we don’t have to face it on our own. We need to understand that the struggle to overcome it does not make us weak, it just means that the trauma is powerful and its roots have grown deep.

Sometimes we remember what hurt us, and sometimes we just find ourselves in a chaos that we have no explanation for. Either way, once we realize something is “off,” we should get professional help in order to move forward.

By confronting our fear, we rise above it, we take away its power, reduce it, and finally get rid of it.

This is what the characters do in their final battle with It – they face their biggest fears one last time when they realize they have full control over the situation. They destroy the evil from their past by realizing its limitations, facing it head on, and conquering their fears.

For more information on conquering the darkness within, check out our piece on shadow work.