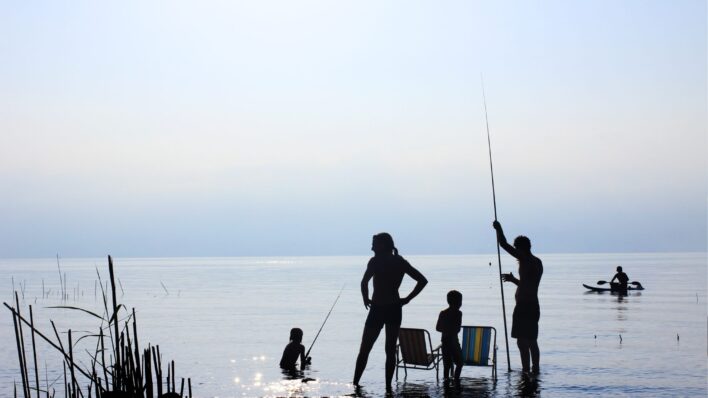 Have you ever been going about your day and then suddenly remembered something from your childhood that, only now as
By Jenny Medeiros    September 27, 2018

Have you ever been going about your day and then suddenly remembered something from your childhood that, only now as an adult, you realize wasn’t quite right? Sometimes it can be something innocent like your father joking that eating a seed would make a tree grow in your stomach. But other times, it’s a case of emotional manipulation or childhood abuse that continues to affect you even today.

Growing up in a dysfunctional family can lead to an equally dysfunctional adulthood. No matter how hard you try not to mirror your parents, there are triggers that can reignite the same negative behaviors in yourself.

Studies show that unresolved trauma in a person’s life can negatively affect their children. Recreating such a toxic environment, especially when you have children of your own, is a constant fear that you shouldn’t have to live with. However, you’ll never break the cycle unless you admit to yourself that your past is still affecting you. Awareness is the first step to healing, so here are four signs to look out for:

1. You’re overly critical of yourself

Toxic parents tend to be harsh critics and the fear of disappointing others never really goes away. You may have extremely high standards for yourself and sometimes go out of your way to accomplish something with the hope you’ll finally earn your parents’ approval.

Spoiler alert: they’ll never give you the satisfaction — and that’s okay. You have all the makings of a successful person and their approval didn’t get you to where you are now. So you certainly don’t need it to keep moving forward.

2. You blame yourself for other people’s unhappiness

When your parents always blame their own anger and unhappiness on you, that constant sense of guilt can linger throughout adulthood. If you still justify other people’s bad behavior at your own expense, then you’re playing into your parent’s belief that you are always to blame.

You’re not. Every person is perfectly capable of deciding on their own actions. Unless you’ve mastered mind control, their shortcomings are not your fault. There’s a difference between being a kind person and going out of your way to please absolutely everyone. When love and affection wasn’t a constant factor growing up, you may find yourself seeking it at every turn as an adult.

Buying things you can’t afford, having trouble saying “no” and being overly-generous with your time are just some examples of this people-pleasing behavior. This will lead to you spreading yourself thin, feeling guilty, tired and generally unhappy.

You will never be able to please everyone in the world and trying to will only burn you down. Focus on making yourself happy first.

4. You repeat their words to yourself

When you hear something often enough, it becomes ingrained in your mind and can pop up without being prompted. When you grew up in a toxic household, the words that flash across your mind tend to be negative.

The constant loop of negative thoughts can be exhausting and cripple your ability to take on new projects. Don’t listen to them, they were wrong when you were a child and they’re still wrong now.

What you can do to break the cycle

No matter where you are in life, you’re capable of breaking the toxic cycle. Your childhood doesn’t have to send your own children to therapy later on. Remember that you are not your parents, nor do you have to be.

The signs mentioned above are all behaviors that are learned over time and are hard to kick after so many years. But like with most learned habits, they can be replaced with better ones.

RELATED: How to Get Ready for a Healthy Relationship After a Toxic One

When you catch yourself repeating the same harsh words as your parents, make a conscious effort to counter them with positive ones. For example, instead of telling yourself “you’re doing it wrong”, replace it with “you’re learning a valuable lesson and you’ll get it right next time”. Do this with every negative thought, attitude, and behavior until being positive simply becomes second nature.

Granted, putting a stop to repeating unhealthy patterns is a long-term effort. Just like a wound, healing from your toxic parents will take time. But as long as you remain firm in your efforts to correct yourself and be the person you wish you had as a child, your past experiences will cease to affect you and those around you. The first step is to take one.

Healing takes courage, and we all have courage, even if we have to dig a little to find it.