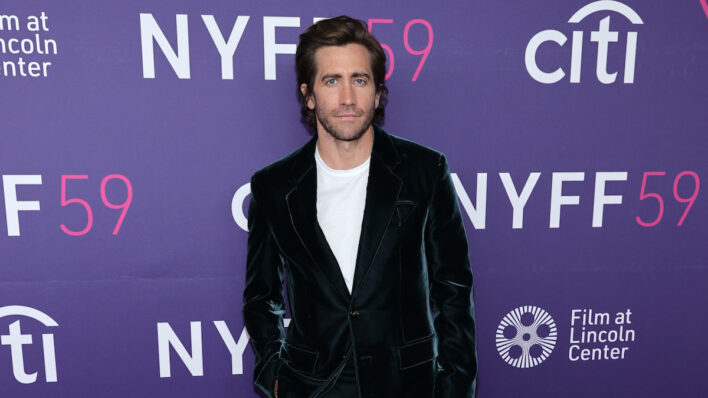 Jake Gyllenhaal Is Finally Ready To Settle Down – What Changed His Mind?

Hollywood’s most eligible bachelor opens up about undergoing a life-changing realization upon turning 40.
By Shaoni Das    November 11, 2021

Hollywood’s most eligible bachelor opens up about undergoing a life-changing realization upon turning 40.

Hollywood’s most adored bachelor is ready to settle down.

Jake Gyllenhaal, one of the industry’s most beloved leading men, has been on a twenty-year quest to find love, having dated well-known celebrities like Natalie Portman, Kirsten Dunst, Reese Witherspoon, and Taylor Swift, to name a few. In the latter’s words, he may have a “long list of ex-lovers,” but none of the dalliances persuaded him to give marriage a go.

At 40 and in a long-term relationship with model Jeanne Cadieu, he’s uncovering many discoveries about his trajectory and his vision for the future. For a man who’s spent so long dashing from one girlfriend to the next, he’s actually open to the idea of heading to the altar and building a family.  The journey to the realization hasn’t been smooth or easy; he’s had to reframe his entire perspective a few times over to articulate this desire, and there’s still plenty to learn.

At 40, Jake realized he’d been neglecting “love” in favour of work

On an episode of The Howard Stern Show, The Guilty actor opens up about his personal life and why he finally feels ready to take the plunge. “That's all I want is to be a good husband and a father…That really is what I want,” he told the host.

He’d been waiting a while to reach this moment, especially in light of the ups and downs that follow an actor of his fame and caliber. In the last two decades, he’d been one of the most in-demand actors in the business, having involved himself in so many professional endeavours he couldn’t afford to fixate on romance. Your time is precious, so if you can’t direct your full attention to your partner when you’re with them, the bond will naturally suffer.

I’ve reached a point in my career where I feel hungry in a different way. I’ve seen how much of my life I’ve neglected as a result of being committed to that work and that idea [...] You do have to be open to [having kids].

Today, Jake has learned how to create and maintain a balance. He’s achieved the career milestones he wanted to achieve, and he has become of the most respected, acclaimed actors of his generation. Accordingly, his relationship with Jeanne is flourishing as well as one could hope for - she understands him, she understands his profession, and she can withstand the spotlight whenever necessary. In his view, it’s time to seize the moment and walk down the aisle sooner rather than later. “Now that I have fulfilled a lot of things in my career that I feel comfortable with, I can safely say that. I don't know if I could have said that before,” he told Howard Stern. He doesn’t want to neglect other areas of his life anymore and therefore is concentrating on nurturing his connection with friends, family, and his partner. “I’ve turned to love,” he told British Vogue in May 2020.

With life being so short, he understands the value of “turning to love”

The other reason why Jake Gyllenhaal is itching for the domestic lifestyle is his dynamic with his own family. He’s always had a tight bond with his mom, dad, and sister Maggie Gyllenhaal. They’ve been a solid unit for as long as he can remember, and with the addition of Maggie’s daughters to the mix, the Donnie Darko actor feels more surrounded by love than ever before. Being an uncle to his nieces has changed his life, and it’s made him realize he wants to experience fatherhood as well. His nieces Ramona and Gloria “make him have faith in the future,” he said, adding that it’s an immeasurable feeling to see them growing up and partaking in their evolution.

Reflecting on his upbringing, Jake appreciates what his mom and dad instilled in him as a child, and it’s something he wants to recreate himself down the road if he gets the chance. “I have been raised by a wonderful father who was always affectionate. My mother and my sister are some of the most extraordinary people I know,” he stated to British Vogue. The family practiced a culture of cultivating vulnerability, even when times were rough, and it allowed them to communicate with each other in a responsible and empathetic fashion. “For everything I hope to pass on, that’s the most important,” he adds.

This same sensitivity, which his family helped galvanize from day one, is what enables him to speak his mind so thoughtfully without feeling scared or wary. It’s also brought about a few epiphanies about the fleeting nature of life and how your priorities shift as you age. Jake admitted to the magazine he’s never been the type of person who could anticipate his future and predict what’s “coming next.” At the same time, he doesn’t want to live his life in fear, missing opportunities left, right, and center, and not making the most of his time on the planet, whether he’s forty or eighty.

Ultimately, the decision to get married and have children is not solely up to him; it has to match his partner’s agenda, too. Jake is a little reluctant to reveal whether he and Jeanne Cadieu have discussed their future, but he did say she’s unlike any other woman he’s ever dated. “I love her so much. She's such a good person,” he said, raving about his girlfriend. He added that the marriage is a “choice” for them, but he declined to elaborate whether they’ve done a deep dive on the possibility. At this moment in time, they’re just pleased to have each other’s company; if it continues through a wedding ceremony, wonderful; if not, the relationship has still been worth their time.

Change is the law of life

With age come so many realizations about your past, present, and future. Jake never thought he’d be in a position to get serious about love and undertake such a monumental commitment, but time does what it does. It will bring about not just physical changes but inner metamorphoses that will transform the way you see and think about the world. Change will overcome everything in its way, keep in mind it has a unique strategy with everyone in its path.