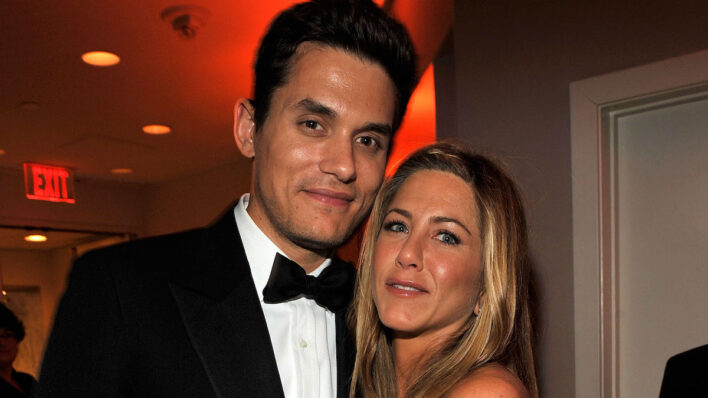 Jennifer Aniston is known for the classy way she handles her breakups. Even when one John Mayer put her to the test, she showed the world how to deal with a bitter ex.
By Shaoni Das    November 23, 2020

Jennifer Aniston is known for the classy way she handles her breakups. Even when one John Mayer put her to the test, she showed the world how to deal with a bitter ex.

Jennifer Aniston may be one of the most well-known faces out of Hollywood but it’s her love life that’s scrutinized time and time again. She’s been labeled as someone who’s perpetually ‘unlucky in love,’ even though the woman herself takes a lot of pride in her previous relationships.

Look no further than the aftermath of her relationship with John Mayer. The pair only dated for about a year but the high-profile nature of their relationship has had a lasting impact on both their public perceptions.

John, known as a perennial ladies’ man, decided to issue some harsh, unflattering, and completely unnecessary comments about Jennifer following their break-up. But instead of firing back, Jennifer took his comments in stride and decided to move on.

Jennifer’s response spoke volumes and it’s a testament to her character that she never harbored resentment for her ex. Here’s how we can embrace that level of kindness, empathy, and forgiveness in our lives by following in Jennifer’s footsteps.

Though the relationship was short-lived, John Mayer didn’t hold back from discussing the details of everything that occurred between them, including what caused their break-up. In his opinion, Jennifer’s age — she is eight years his senior — was a large contributing factor to the demise of their relationship. But what was even more shocking is that John didn’t mince his words when he spoke about the specific instances that highlighted the age difference.

In some ways I wish I could be with [Jennifer]. But I can’t change the fact that I need to be 32 […] The brunt of her success came before TMZ and Twitter. I think she’s still hoping it goes back to 1998. She saw my involvement in technology as courting distraction.

His statement wasn’t just overly blunt and unfair but it’s also hypocritical. John went on to date Taylor Swift later that year; she had only turned 20 and he was 32. The double standard of judging an older woman-younger man dynamic was made obvious yet again.  Unfortunately, nobody picked up on the narrow-mindedness of his words or how he tried to control the narrative.

When those crushing words spewed out of John, you’d expect Jennifer Aniston to turn red and lash out in some form. But the Friends actress kept it professional and charming — it’s almost like she didn’t take it seriously and knew that John had to get those words out of his system to process the break-up. It just goes to show the perhaps experience and maturity does play a part in fostering affection, respect, and politeness towards exes. When asked about John’s bitter comments, Jennifer first said that John was perhaps not the one who initiated the break-up, even though that’s how he’d framed it earlier. She told Vogue:

He had to put that out there that he broke up with me. And especially because it’s me. It’s not just some girl he’s dating. I get it. We’re human.

In the same interview, Jennifer offered her perspective of their bond and said that no one was to blame for the breakdown. It was a brief connection that just didn’t have enough legs, and that they both realized they wanted different things from life. It was difficult, she said, but it had to be done. And so the decision to part ways was basically inevitable. She explained:

It’s funny when you hit a place in a relationship and you both realize, We maybe need to do something else, but you still really, really love each other. It’s painful. There was no malicious intent. I deeply, deeply care about him; we talk, we adore one another.

They both still care about each other deeply

Though John’s attitude was poor after the break-up, it was nothing but a blip for Jennifer. She added shortly afterward that she still adored him a lot and cared about him. In Jennifer’s eyes, his comments didn’t reflect his entire personality or how good of a boyfriend he had been to her. Moreover, she felt like she had to protect their relationship from the public analysis because it was still special to her in some way. She said:

I feel seriously protective of him and us. Trust me, you’ll never see that happen again from that man. And it doesn’t take away from the fact that he is a wonderful guy. We care about each other.

And the same went for John as well. He had said what he needed to say but he also emphasized over and over again that there was a part that still wanted to be with her and that it left him in a painful spot. He’d said at the time, referring to Jennifer Aniston, “have you ever loved somebody, loved her completely, but had to end the relationship for life reasons?”

Their good relations are evident to this day. John attended Jennifer’s 50th birthday party a year ago, and Jennifer continues to post sweet comments on John’s social media activities. It’s clear that they have no hard feelings for one another and continue to support each other the way they can.

The high road is always worth taking

Jennifer’s commendable response to the entire break-up and even the comments shows us that the high road is the only road worth taking sometimes. Why carry that resentment with you, just so you can find yourself encumbered with negative feelings that only lead to more frustration and animosity down the line? Jennifer took the high road right after the break-up so she could build the foundation for a beautiful friendship that’s lasted for ten years and counting.

You could also find yourself in a situation where you have to choose to either let something go or hold a grudge indefinitely. Our instinct tells us to hold a grudge and let ourselves be consumed by negativity, and sometimes that very well might be the better (if not necessary) choice. But other times, we have to see the situation from the other person’s perspective and find a way to relate. If you think that they deserve your friendship and that they make you happy either way, then their comments shouldn’t mean anything. So if you dare to take the high road, you’ll end up at a significantly more fulfilling destination.