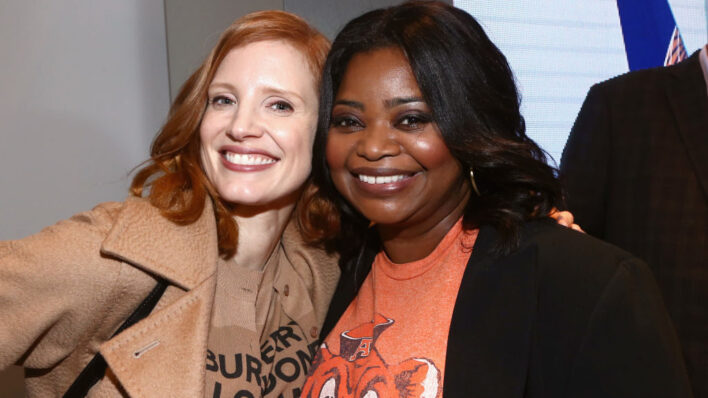 Before winning the Oscar for best supporting actress for 2011’s “The Help,” actress Octavia Spencer was offered five times less money than costar Jessica Chastain for the role. Then, Chastain stepped in.

Jessica Chastain is a staunch advocate for pay equity between men and women, and she happened to be chatting about it with fellow actress Octavia Spencer before they agreed to work on the movie together.

“Here’s the thing,” Spencer told Chastain, according to BBC News.

“Women of color on that spectrum, we make far less than white women. So if we’re going to have that conversation, we’ve got to bring the women of color to the table.”

Chastain was unaware that Spencer, who went on to win an Oscar for her role, was offered five times less money than she was. So she said: “Octavia — we’re going to get you paid on this film.”

With tears in her eyes, Spencer said she was extremely appreciative of Chastain’s support.

“I love that woman, because she’s walking the walk and she’s actually talking the talk.”

“Fast forward to last week, we’re making five times what we asked for.”

After making what her white costars made, Spencer said she wants actresses to earn as much as actors do.

Recently, Chastain has continued her work advocating for pay equity. She founded her own production company, Freckle Films, which helps actresses earn a portion of the box office revenue.

“A lot of times, our names are used to sell movies, and that’s how the money is raised for them,” Jessica told Shape. “So I thought, If our names are being sold, then we need to be the owners of the film.”

For upcoming film The 355, Chastain approached costars Lupita Nyong’o, Diane Kruger, Penélope Cruz, and Fan Bingbing, “If you do this movie, you’re going to have to agree to sell it, because you will be an owner. We’re going to sell the distribution rights to raise the budget for the film, and then everyone owns a portion of the box office,” she recalled.

The actresses all agreed, and the film rights sold. “I don’t know if anything like this has been done before, and honestly, I’m a bit shocked I got away with it,” Jessica said. “But hopefully it creates a new model in which artists can own their work.”

Chastain added that she doesn’t love to talk about her advocacy because equality should already be a thing in 2021.

“When it comes to fighting for pay equality, I would rather just do it and not talk about it,” she told Shape. “I think it’s actually more powerful if I don’t have to explain it.”

How to be an ally

While Chastain shouldn’t have to speak out, it’s certainly helpful if she does. Many people don’t know how they can be an ally (hint: it’s more than posting black squares).

Chastain proves that being an ally involves speaking out and sometimes putting your own career at risk to help others. Hopefully, others in power will follow her lead.