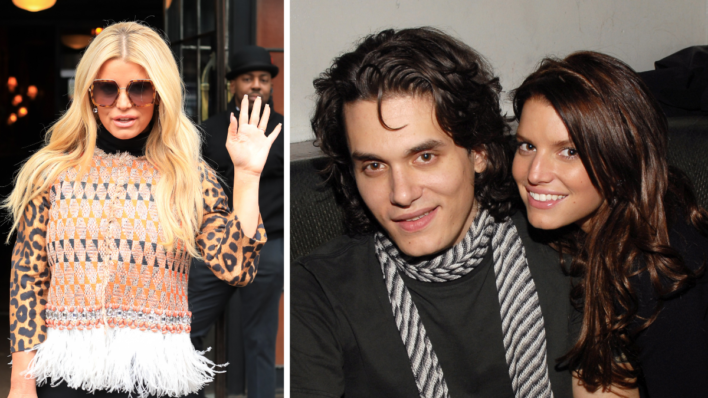 Jessica Simpson and John Mayer’s toxic relationship led her to the unthinkable. How did she break free from it?
By Shaoni Das    July 19, 2021

Jessica Simpson and John Mayer’s toxic relationship led her to the unthinkable. How did she break free from it?

It’s high time we as a society reckon with our horrifying treatment of Jessica Simpson.

The #FreeBritney movement has led to a profound reflection on the public’s part on how we dehumanized, exploited, and pulverized certain female celebrities over the years. We mined their trauma and distress for entertainment and humor, tapped into age-old stereotypes that only served to debase them, and uplifted public figures that blatantly tormented them.

Put simply, we did them dirty, and now it’s only fitting that these women are afforded the platform they require to speak their truth and expose the injustices that devastated their lives. Jessica Simpson did just that in her memoir Open Book, where she disclosed the appalling ordeals she’d been put through as a naïve starlet in Hollywood.

Though it’s a long list of aggressors who inflicted pain upon her, John Mayer is decidedly the worst of the bunch. Here’s how he agonized her and what she had to do to overcome his wrongdoings:

Their relationship was brief but tumultuous. Jessica met John while she was still married to Nick Lachey but didn’t pursue a relationship with the singer-songwriter until the divorce proceedings had commenced. They dated on-and-off between August 2006 and May 2007 but had broken up approximately nine times in that duration. As if the continuous breakup-and-makeup cycle wasn’t excruciating enough, John would always dump her via email, and then crawl back to her when he was in want of creative inspiration or sexual fulfillment.

The Public Affair singer stated John was physically and emotionally obsessed, and to some extent, dependent on her. Following their ninth reconciliation in London, Jessica realized the “full intensity of his obsession with [her].” He was like a drug to her, and despite understanding the ramifications of his reckless and compulsive behavior, she still couldn’t let go. Unfortunately, John couldn’t let go, either. “He photographed me constantly, to the point that I worried he was keeping souvenirs before dumping me again,” shared Jessica.

What’s worse is that Jessica perceived their unhealthy romance as something passionate and hopeful. In her view, John’s possessive demeanor was a seismic improvement over what she shared with her ex-husband Nick, who frequently abandoned her for sleazy, extramarital affairs. John’s approach made Jessica feel “seductive” and “powerful,” which is partly why she decided to endure his problematic conduct for as long as she did.

Every time John returned, I thought it was a continuation of a love story, while my friends saw a guy coming back for sex with some foolish girl.

The Texas native had to deal with far more than his unyielding fixation; she felt intellectually inferior to him in every single sense and therefore sought advice from her friends on how she could present herself as more intelligent to him. In addition, John Mayer was reportedly hypercompetitive — he had a tendency to dominate every discussion and treat “conversation like a friendly competition that he had to win.”

Jessica turned to alcohol to cope with his temperament, which triggered a lengthy struggle with addiction that plagues her to this date. “It was the start of me relying on alcohol to mask my nerves.” John recognized the escalating situation, but instead of seeking professional help for his girlfriend, he urged her to replace booze with Xanax. It took Jessica a long time to get the counseling and resources she needed to make a recovery and straighten out her addiction issues.

What was so unbearable about the predicament was that John Mayer just wouldn’t go away. Jessica made it known repeatedly that she was feeling increasingly troubled and that his sensual advances weren’t welcome, but he would find other ways to insert himself into her life. For example, whenever he wanted to patch up with Jessica, he would show up at her parent’s home and pompously declare his love for her, in essence embarrassing Jessica into reuniting with him. In another case, when Jessica began dating football player Tony Romo, John appeared in her life through his relationship with Jessica’s former brother-in-law Pete Wentz and decided to resume his flirtation with the actress as if nothing had changed. Tony caught wind of their entanglement and broke it off with Jessica.

The match in the powder barrel had been a disastrous dinner at John’s house, which took place shortly after Jessica’s breakup with Tony. Jessica headed to his home in hopes of reconnecting with him peacefully, but he thwarted her wishes by saying, “you don’t get me yet,” and forcing her to listen to live performances off his upcoming album. Jessica said she nearly “puked” and decided right there and then this was going to be the end.

I was done with this man in a way I never thought was possible. When he reached out to me, I changed my number and changed my email. Delete.

You’d think this was the end of the saga, but John exacerbated the affair by referring to her as “sexual napalm” in a 2010 interview and saying that she was like “crack cocaine” to him. Though he apologized for the crude interview, it was too late, and Jessica made up her mind about wiping out every trace of him from her life. She was “floored and embarrassed” from having her most innermost characteristics be revealed to the public, and was overcome with shame at realizing her grandmother might come across the interview. John crossed a bridge too far, and Jessica knew she couldn’t let herself be controlled by his poisonous aura anymore.

It took Jessica close to thirteen years to take ownership of the narrative and provide her unique and necessary perspective on the matter. Too often, women stay silent about their doomed romances as if it’s some type of a blemish on their character, and let the men get away with commanding history as it suits their intent. Jessica’s power lies in her ability to speak up and disclose what truly happened; it’s never too late to set the record straight, and you don’t have to feel apologetic about it in the least.

If you’re not happy, it’s not worth your time

John and Jessica’s toxic, albeit brief, relationship demonstrates that it takes very little time for someone toxic to create havoc in your life. It’s admittedly challenging to recognize what ‘toxic’ looks or feels like, so it might take you longer than you’d like to distinguish it from the good. A good rule of thumb is that if you can tell you aren’t happy anymore, it’s not worth your time. Furthermore, if you find yourself becoming more and more disturbed, and are turning to unhealthy coping mechanisms to preserve your sanity, it’s time for you to confidently let go of this toxic person or situation. Life is too short to spend your valuable time and energy on people who don’t deserve you.