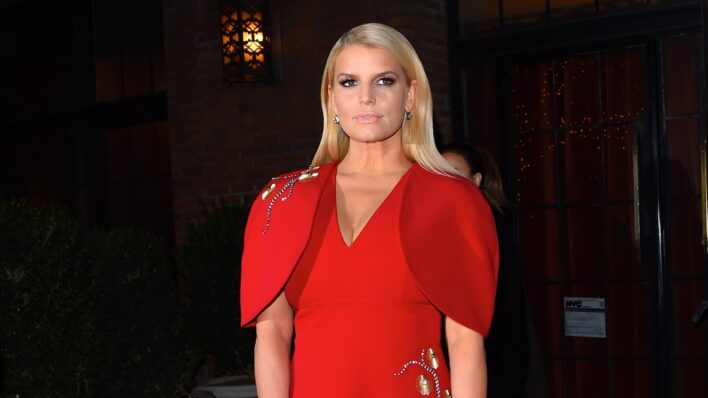 Jessica Simpson released her memoir Open Book and revealed the dark truths and struggles behind her life in the spotlight.
By Shaoni Das    February 10, 2020

Jessica Simpson released her memoir Open Book and revealed the dark truths and struggles behind her life in the spotlight.

Most of us have fantasized at some point in time about what it would be like to live our lives as celebrities. There would probably be some undeniable perks to it. The masses would follow in my footsteps, they would imitate my fashion choices, they would be inspired by my work, they would swoon over who I was dating—the list doesn’t end.

But very few of us consider the ramifications of being in the public eye.

Many stars have spoken out about the pressures of fame and how it affects their mental and physical wellbeing. Jessica Simpson is the latest celebrity to speak out about the internal struggles that develop when you’ve spent the majority of your career being the object of public attention.

Most of us remember Jessica from the mid-2000s when she had established herself as a charming, gorgeous bonafide celebrity. Her new memoir Open Book reveals that while the rest of us were watching her sing and dance (and occasionally act!), she was leading a much darker life behind the scenes.

From churning out pop hits one after the other in her early 20s to starring in a cult-favorite reality show with then-husband Nick Lachey to being a savvy businesswoman in her 30s, Simpson has seen it all. And she is not holding back from speaking her truth and sharing her most painful, intense experiences over the years.

Was anything real in Jessica Simpson’s reality show?

Jessica gets blunt about what really went on between her and then-husband Nick Lachey when the cameras weren’t rolling. The pair got married when Simpson was only 22 years old.

Soon after their wedding, Simpson’s father, who was her manager at the time, suggested the couple be featured on a reality show, and so Newlyweds: Nick and Jessica was born. The show was a massive success but it contributed to Jessica Simpson being unjustly labeled as a ‘dumb blonde’.

“I wanted my marriage to look perfect. I didn’t mind if I looked dumb, but I wanted people to see the fairy tale in Nick.”

In her latest memoir, however, Simpson reveals how their rocky marriage essentially crumbled under the weight of the reality show. She writes how the burden of needing to be a perfect couple for the show’s viewers got so heavy one time that they escaped to an empty lot to scream at each other’s at the top of their lungs.

The pair became household names but is it really worth it to put on a show for others at the expense of your own relationship? Simpson decided to go through with her wedding to Lachey, even when her father continuously advised her against it, right up until walking her down the aisle. But maybe her father’s instinct was correct in this case.

Why keeping it real matters

Sharing the ugly, dark stories of our life can be as rewarding as sharing the good moments. The reality show had forced Simpson to present a certain version of her marriage to the public that had very little basis in truth.

Now, by opening up about her past experiences, she is being her authentic self regardless of the consequences. In order to feel the relief of freedom, she owned up to those unpleasant experiences that shaped her along the way.

A body of shame

Jessica Simpson had previously sounded off on her body image issues but never before has she been this forthcoming with her insecurities about her body and how they influenced to make poor decisions. She began taking diet pills in her early twenties after being told by her record executive to lose weight for her next video.

She also had to resort to sleeping pills because she was constantly worried about being too fat for her line of work. Let’s not forget that Jessica Simpson, being blond and beautiful, was also pitted against the likes of Britney Spears and Christina Aguilera. So her father told her to cultivate an “anti-sex appeal” persona to stand out amongst the other two.

The media’s obsession with her weight continued well into the late 2000s and it peaked in an appearance at a chili cook-out, where she was bombarded with insults regarding her body. She couldn’t believe this level of shame and humiliation and this triggered a case of body dysmorphia.

“With every reflection, every single pane of glass I passed, I took myself in quickly to try to catch myself, to see what the world apparently saw.”

She also recounts being told by executives to “show more skin” to appeal to a wider audience. It seems like she had to walk a thin line between maintaining a pure, goody-two-shoes image and wield her sexuality to sell more albums.

Naturally, these body image conflicts eventually got to Simpson and she underwent plastic surgery. The doctors warned her against such a high-risk procedure but she eventually decided to get her tummy tucked. But would physical adjustments fix what’s broken inside?

Being proud is difficult but worth it

Jessica Simpson explains how her procedures did not “fix what’s inside”. She urges her fans to be proud of their bodies. Self-esteem is a complex emotion, something that takes a while to achieve. If someone is too caught up with what others are saying about them, they have a hard time perceiving themselves as what they are.

To recognize that you are valuable in all shapes and forms takes hard-earned emotional maturity. Simpson has been through her share of painful and uncomfortable situations over the years, yet she chose to accept and embrace herself, flaws and all. If you can convince yourself that you have value, that you have beauty, no matter what— then you are exactly where you need to be.