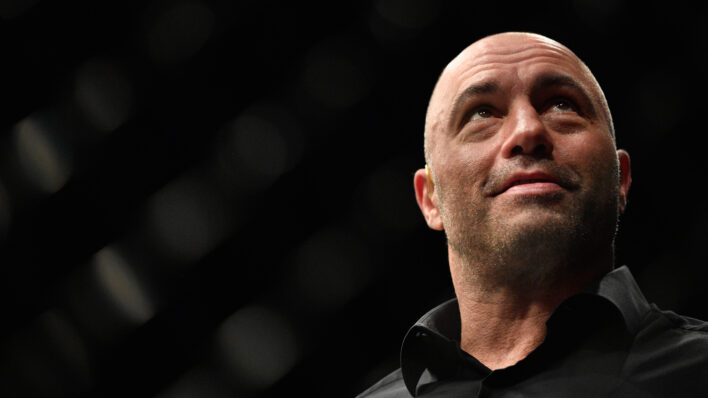 Joe Rogan figured out which of his passions were worth pursuing by giving them all a shot– and quitting the ones that didn’t work.
By Emily Davis    October 9, 2019

Joe Rogan figured out which of his passions were worth pursuing by giving them all a shot– and quitting the ones that didn’t work.

“Apparently Fear is not a Factor to you!”

These are the immortal words of the fantastic television masterpiece that was Fear Factor. Okay, okay, it wasn’t quite a masterpiece but when I was in high school, it was the first exposure that I ever had to Joe Rogan.

Of course this is not at all where his career started but it was where I and thousands of others had a first exposure to him. However, I never expected that the host of something as ridiculous as Fear Factor, a series that seemed to exist so that Survivor rejects would eat bugs on camera, would years later inspire me so deeply.

How much passion is too much?

It is becoming increasingly hard to establish and grow a solid career nowadays and more and more people are striking out to build businesses on their own. However, that push also drives people to try and become experts, to make their brand recognizable and successful.

This push to be single-passioned actually goes against our nature as humans. We are innately passionate about and interested many different things. And if you are anything like me, that instinct to be good at and explore many different avenues just can’t be ignored.

However, as a business owner myself, I struggled for a long time wondering if I were to explore more than one passion, would success even be possible?

This is where Joe Rogan comes in

Joe Rogan‘s career has been anything but tunnel-visioned. In fact, his success comes not from being singularly focused but rather multi-passionate.

A journey through his career will then reveal a unique and inspiring path to multi-passionate fulfillment.

Prior to what the world views as his career, Joe was a passionate martial artist. He practiced multiple types of martial arts all through middle school and high school. He was even won the US Open Championship Taekwondo tournament at the age of nineteen. Joe then went on to become a Taekwondo instructor but retired from that life path at the age of 21 because he feared injuring himself longterm.

That left him without a career path at 21. Joe tried to do the typical thing at that point and go to college, but it wasn’t for him and he dropped out.

It is refreshing to me that Joe acknowledged when something wasn’t for him and changed direction. That alone is such a challenge to do.

I urge you, if you are doing something that is not aligned with who you are or what you want, pivot. Life is too short to be dedicating time to something that doesn’t fulfill you. There are other options for finding success.

After his short college adventure, Joe tried his hand at stand-up comedy– a far cry from the world of martial arts, but another thing he was deeply passionate about.

He spent years trying to build his comedy career while working odd jobs and living with family before he could financially manage becoming a full-time comic.

One of the most fascinating lessons I’ve absorbed about life is that the struggle is good.

However, through the struggle, Joe’s comedy career as well as his acting began to gain momentum. He had consistent roles on a few different sitcoms in the 1990s that allowed him to have the financial freedom to dedicate more time to his comedy, and became regular at many comedy clubs in the LA area.

Working on sitcoms was not exactly a passion of Joe’s but they helped him dedicate more time to his actual passions and gave him a foothold to expand his reach.

That’s when the next major change hit the stage

MMA was something Joe had enjoyed since an early age and he often attended matches. When Dana White, UFC network producer, asked Joe to be a commentator he originally declined because he didn’t want to make one of his passions into work.

But after doing fifteen shows commentating in exchange for free tickets, Joe accepted the job and spent nearly ten years being a commentator for UFC, winning awards for his work. At the same time, he accepted a job hosting Fear Factor.

Now, don’t get me wrong, Joe Rogan was not passionate about people eating bugs and jumping off of high places for prize money and fame, but he was passionate about entertainment. And sure enough, Fear Factor was entertaining for seven seasons.

Now that he had two consistent gigs going, Joe was able to invest far more time into his comedy. He also spent time developing and working on a variety of different TV shows and even began writing a book.

The passion that brings everything together

Joe had been blogging since the early 2000s but now it really kicked up a notch. He also journeyed into a new medium, launching his now-massively successful The Joe Rogan Experience podcast.

His podcast is really where all his different passions have shined through to a wider audience. He had a chance to share not only his comedy but his passion for social issues and people in general. These are the focal point of his show, which consistently tops podcast charts and has inspired many others, including myself, to create podcasts.

Joe also used the podcast to dive into his passion for knowledge and metaphysical beliefs. He dedicated time to appear on multiple documentaries centered on the abilities of mind-altering substances to aid in consciousness and introspection.

Excellence in anything increases your potential in everything.

What we can learn from Joe’s many passions

I was reintroduced to Joe, like many people, through his podcast and documentaries. Hearing his genuine wisdom about consciousness and the sharing of his many passions is what deeply inspired me.

At the time I rediscovered Joe, I was going through a deeply internal conflict of whether or not it was possible to be a “successful” person if I was multi-passionate.

Could I do many different things and still build a career I wanted?

In charting Joe Rogan’s career, we can see how he flourished by following his many passions rather than just focusing on one element. Now he’s offering his wisdom to those who need to hear it– including me.

Not only did his story come to me at a time when I needed the validation that having many passions is good, but it is in part because of his story that I have diversified my business to help more people than ever before.

His entire life seems to speak to the the fact that Joe is truly the one for whom fear is not a factor, after all.

Joe’s journey goes to show the importance of acknowledging all that you are. Honor all the parts of you. Do all the things you want.