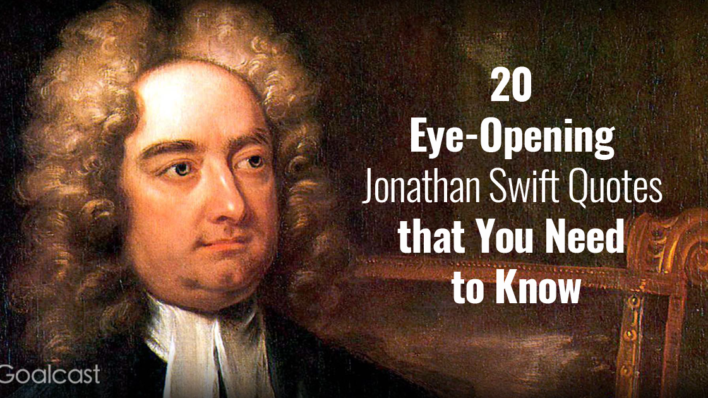 20 Eye-Opening Jonathan Swift Quotes that You Need to Know

Jonathan Swift (Nov. 30, 1667 — Oct. 19, 1745) was an essayist, cleric, writer and one of the most influential satirists of all time. Gulliver’s Travels is perhaps Swift’s most popular work.

Swift’s father was a famous attorney, but sadly, he died when his son was only two months old. His mother didn’t have a steady income and Swift was a sickly child, so she mostly struggled to provide for him. She decided to leave Swift in the care of his Uncle Godwin, who took care of his education.

The writer first worked as a statesman’s assistant, after receiving his bachelor’s degree. Swift’s first work was the short satire The Battle of the Books but it was published some years after it was actually written. In fact, most of his writing were published under pseudonyms, one of them being Isaac Bickerstaff.

Swift was a pioneer of satire and a gifted writer. He used humor in describing people’s weaknesses and bad habits, hoping that we’ll recognize our darker side and shun it. His specific style gave rise to a particular kind of satire that came to be known as ‘Swiftian’.

Hare are 20 eye-opening Jonathan Swift quotes that you need to know.