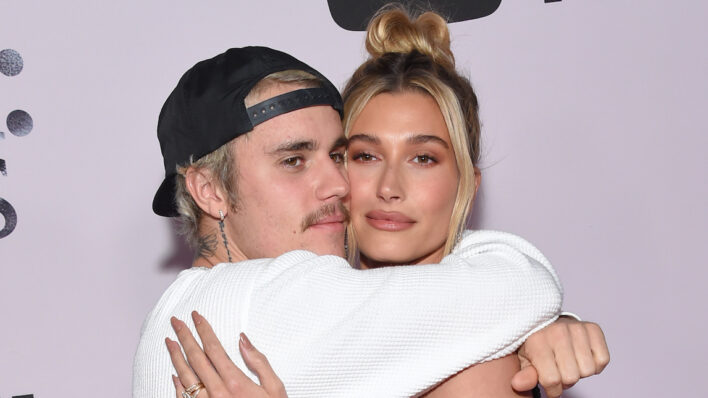 Justin Bieber and Hailey Baldwin’s first meeting was far less romantic than we imagine it to be. The truth is, it was not love at first sight.
By Shaoni Das    December 7, 2020

Justin Bieber and Hailey Baldwin’s first meeting was far less romantic than we imagine it to be. The truth is, it was not love at first sight.

Though it sometimes feels like Justin and Hailey Bieber are part of a dreamy, fairytale romance that’s straight out of a storybook, a happily-ever-after wasn’t always in the cards for the couple. They may have an army of supporters rooting for their happy ending, but a lot of mainstream media is still not aware of the origins of their love story.

Moreover, there are many false assumptions about their relationship: that Hailey was the infatuated fangirl who couldn’t resist, that Justin and Hailey only had a whirlwind of a relationship before they jumped straight into marriage, that Hailey was only a rebound after Selena Gomez.

It’s not for us to speculate on the nature of their bond but what we can confirm is that there weren’t any sparks flying during their first meeting. Both Justin and Hailey have since reflected on the pivotal moment and have collectively agreed that their situation isn’t the case of love-at-first-sight. Like many couples before and after them, it took time for them to find their way back to each other.

Relationships are never a straight line, so it’s worth looking back to see how Justin and Hailey Bieber’s first meeting compares to their journey as a whole.

The pair first met in 2009 when they were only teenagers. Hailey’s dad, Stephen Baldwin, took his 13-year-old daughter to meet Justin Bieber at the TODAY show after his performance. She was an awkward pre-adolescent girl who had no interest in Justin or his music. He was a mega teen superstar with legions of fangirls screaming for him at every corner. Hailey later explained in a Vogue interview that she wasn’t a particularly huge fan of any artist at the time.

Video evidence of their first interaction reveals an awkward, negligible interaction that doesn’t merit a second thought. Stephen Baldwin introduced Justin to his teen daughter Hailey, who stands with a relatively blank expression and her arms crossed. They shake their hands briefly, and that’s about it.

Hailey told Jimmy Fallon on The Tonight Show that she didn’t think for a second that the two would embark on a romance. Hailey’s dad became friends with Justin’s mom, and the two families met each other again during a family get-together and a bowling session. In explaining the interaction, Hailey said:

What’s funny is that in this photo, I’m super awkward. Nowhere was there a thought that I was like, ‘Yeah, he probably has a crush on me.’ I did not—that was not the case at all […] He was so new that I didn’t really know a lot about him yet.

Justin himself has admitted that Hailey didn’t care about him during their first few meetings. He was unaccustomed to teenage girls who were not screaming for his attention or getting freaked out by his presence. He said that Hailey didn’t want to be there at all and couldn’t care less about him. He added:

[Hailey] got there and her eyes were closed and she was like, ‘Nice to meet you.’ She didn’t care at all.

Justin said that he believes Hailey’s demeanor was the result of a jaded perception of Hollywood. Since her parents were in the industry, perhaps she wasn’t too keen on seeing other celebrities; their presence didn’t phase her at all.

Yet they decided to build a long and meaningful friendship

Hailey explained that friendship was the only thing that had taken place between the two of them in the first couple of years. As many would know, Justin pursued a relationship with Selena Gomez while Hailey began making her mark as a model. They weaved in and out of each other’s lives, but the first indications of a romance didn’t emerge until 2015. Hailey later explained a “weird age gap” may have been a deterrent for them when they were younger.

Even when they were first suspected of dating, Hailey maintained that they were friends and that was it. She told E!News at the time:

I’ve known him since I was so young — since I was like 13 — and we’ve just been good friends over the years. We have just stayed close and there’s nothing more to it than that.

Justin also shared the same feeling, calling Hailey nothing but a “good friend” at the time. It wasn’t until two years later when the two finally confirmed their romance, but even that journey had its ups and downs.

The concept of love-at-first-sight is a controversial one, something that we don’t have the tools to discuss. But we’ve seen time and time again that love-at-first-sight is a fantastical concept that frequently holds no basis in reality. Modern relationships aren’t so much about the first meeting; they’re about building a relationship bit by bit. You don’t necessarily need sparks or a crazy connection the first time you meet; in fact, it doesn’t have to be romantic at all. Justin and Hailey created a friendship out of their first meeting, not a relationship. They just knew that they liked each other enough to hang out again, and that was enough.

It was a friendship that they nurtured and respect, a friendship that gave way to other feelings over time. Don’t take your friendships for granted because you never know what kind of fulfillment it’ll bring into your life. Furthermore, don’t expect relationships to burst and thrive instantly; it takes time and a trial-and-error process to determine whether you genuinely like that person or whether that person is truly worth your time. If it’s really going to be a happy ending, would you want it to be that easy?