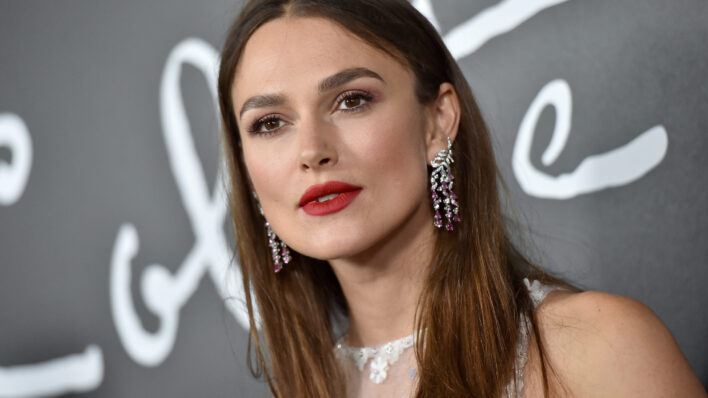 Keira Knightley Gets Real About PTSD, Anxiety and How Hypnotherapy Has Helped Her Cope

We think that celebrities have it all — riches, fame, fabulous clothes. But the reality is that they often experience
By Aly Walansky    October 5, 2018

We think that celebrities have it all — riches, fame, fabulous clothes. But the reality is that they often experience a lot of stress and problems, only they have to do so in the public eye.

Keira Knightley recently spoke with The Hollywood Reporter‘s “Awards Chatter” podcast and the subject of her mental health came up.

Knightley starred in 2002 hit Bend It Like Beckham when she was only 17-years-old.  As a teenager, people go through a lot and Knightly says the press was very invasive.  Knightley shared she felt like the paparazzi were trying to get her to “break down” just to get a photo of it happening.

RELATED: I Tried CBD to Help Ease My Social Anxiety

She said that “it was a battle every day leaving the house” and that the looming presence of the paparazzi created a “level of violence, it felt, in the air.”

Due to all this pressure, she had a nervous breakdown at 22 years old. “I did take a year off there and was diagnosed with post-traumatic stress disorder because of all of that stuff,” she said. “I went deep into therapy and all of that, and she [the therapist] said, ‘It’s amazing—I normally come in here and have people that think people are talking about them and they think that they’re being followed, but actually they’re not. You’re the first person that actually that is happening to!’

She shares that her anxiety got so bad that she needed hypnotherapy to be able to attend the 2008 BAFTAs and “stand on the red carpet at the BAFTAs and not have a panic attack.”

Knightley ended up taking some time off and taking care of herself, and now she’s doing a lot better.

But we appreciate her so much for sharing her mental health struggles so openly and helping to break down the unfair stigma attached to therapy and mental health.