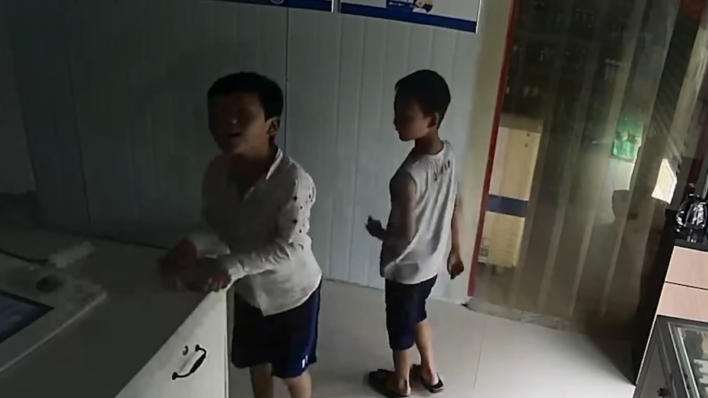 Two brothers went out shopping one day to grab some drinks, but when they got to the store the shopkeeper
By Joel Balsam    August 12, 2021

Two brothers went out shopping one day to grab some drinks, but when they got to the store the shopkeeper wasn’t there.

Instead of turning around and going home, the boys went and got their drinks — and in doing so, they went viral.

Why? Because of the integrity and respect they showed the shop owner.

In a video posted by South China Morning Post, two boys walked into the store and telegraphed to the security camera the 20 yuan ($3) banknote they had to pay for their drinks.

Then, they went and got their drinks — a couple of teas — before the older boy headed back to the cash register to take his change.

The boy was so polite that he even shut the fence on the way out.

Commenters applauded the boys and their parents

The YouTube video now has more than 6 million views.

In the comments, users applauded the boys and their parents.

One wrote: “They’re responsible citizens even at such a young age. One day they’ll grow out to be hard working and honest adults hope they’ll achieve great success and happiness in their life. So proud of them.♡”

Another said: “Credit goes to their parents for upbringing sensible kids <3.”

“wow.. respect to their parents. they really know how to raise kids,” wrote another commenter.

Being a good parent doesn’t necessarily translate to having good, responsible kids, but teaching them to be respectful can certainly help.

Still, all the credit goes to these boys. They could have easily run in and out with the drinks while covering their faces from the security camera. But they did the right thing, which is sometimes harder to do than the wrong thing.