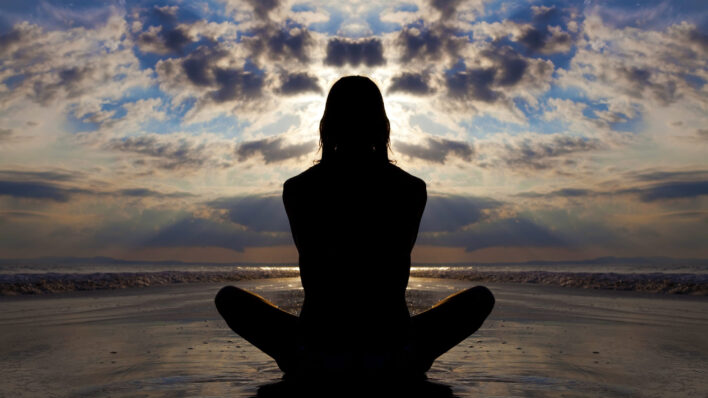 Know Thyself: Why Self-Awareness Is the Starting Point for Your Goals

Emotional intelligence is a big buzz word these days, and with good reason. Decades of research show that it’s the
By Shawn K    May 5, 2017

But what exactly is emotional intelligence, and why is it so vital to achieving your goals?

Let’s delve into the longer answer now, so we can see how self-awareness is the single most important factor in finding happiness, success and fulfillment in life.

Know Thyself: Why Self-Awareness is the Starting Point for Your Goals

Knowing yourself is the beginning of all wisdom.

The term “emotional intelligence” was coined by two researchers in 1990 and popularized by author and psychologist Daniel Goleman in his groundbreaking 1995 book, Emotional Intelligence: Why It Can Matter More Than IQ.

The idea was pretty revolutionary for the time, in a culture where the word “intelligence” (still) tends to refer by default to the logic-based form of thinking that’s tested by IQ. Suddenly, we were told that there is not one form of intelligence, but potentially many, and that our emotions, rather than being weaknesses or obstacles to be overcome, instead possessed their own inherent wisdom that we could learn to harness. Emotional intelligence shook up our old assumptions, by showing that our emotions and intelligence are not in conflict with each other, but actually work together.

The four stages of emotional intelligence

The term emotional intelligence might be very recent, but the idea behind it as old as history. Back in the day, when Ancient Athenians would go to see the oracle to discuss their problems — basically the old-school Greek equivalent of going to see your shrink or priest for advice — an inscription above the doorway served as a constant reminder of the source and solution to all our problems: Know thyself.

When Daniel Goleman listed the four stages of emotional intelligence, it all began at the same starting point:

I like to think of these stages as four concentric circles, where we begin at the center with self-awareness, and gradually expand our abilities outwards as we deepen our knowledge of ourselves, and by extension, others.

Let’s go on an adventure now through the four stages of emotional intelligence.

Self-awareness: where it all begins

Our journey to self-awareness begins with practicing mindfulness in our everyday. For me, it was yoga that launched me down the path to deepening my self-awareness. Engaging in silent meditation, deep breathing, or other meditative activities (anything from walking, to sewing or painting, to listening to music) are all powerful techniques for calming the mind so that you can hear your emotions speak. Keeping a journal can be a wonderful tool for clearing your thoughts and getting to know yourself better too.

Whatever avenues you choose, the crucial part is that you learn to listen attentively to what’s happening beneath the surface without letting your mind suppress or distort what emerges. You need to listen as you would to a dear friend, without judgment, so that you can learn from your emotions. If you speak over them whenever they disappoint or frustrate your ideal version of yourself, you’ll prevent yourself from arriving at a faithful portrait of who and where you are now. To move from self-awareness to the second stage of self-management requires that we take responsibility for our emotions. To own our emotions isn’t to assign fault or blame — that would amount to some pretty major judging after all! — but to understand that the causes of our emotions are always internal to us, and not ascribable to whatever external factors may have triggered them.

When we begin to understand that the causes and triggers are two separate things, we can start to observe and understand better the relationship between the two in our inner worlds. And once we understand the things that trigger us and why, we can start to manage our behavior when emotions arise, or even anticipate and prepare beforehand if we sense a trigger coming our way.

It’s a powerful thing to reclaim your emotions. When we learn to stop blaming others for our feelings of hurt, fear or anxiety, we stop trying to control others or retaliate against them. We focus instead on managing our own inner worlds, and guiding our lives to maximize the positive influences around us.

On the flipside, when we stop crediting others for our feelings of joy or accomplishment, we become less dependent on others for our happiness, and are more able and empowered to build strong and healthy relationships.

This takes us neatly into the third stage of emotional intelligence, which flows naturally from self-awareness and self-management. Put simply, the more you get to know yourself, the less you seek validation from others. Rather than looking at people around you and imagining mirrors reflecting back at you, you begin to truly see them. You relax, and find that a secure and peaceable mind is one that opens up more readily to others.

I know, because this used to be me. I had a veil of insecurities that hung between me and my closest friends, and that prevented me from developing deeper connections with them. Today, my exceptional closeness with my friends is the achievement I cherish most in my life.

In short, the more you know yourself, the better you get to know others.

This is where we’ve reached the peak. Because fewer skills are more central to your life goals — be they related to happiness, fulfillment or professional success — than being able to read others’ emotional language, understand and empathize with them, and build strong and lasting connections that will steady you when you faulter, launch you to the next level when you least expect it, and propel you across the finish line with a smile.

So the next time someone asks you for the secret to success, you can throw a little Socrates their way. It’s two simple words: Know thyself.

Shawn is a freelance writer and editor with a passion for holistic wellbeing, self-development, and harnessing everyone's full potential.