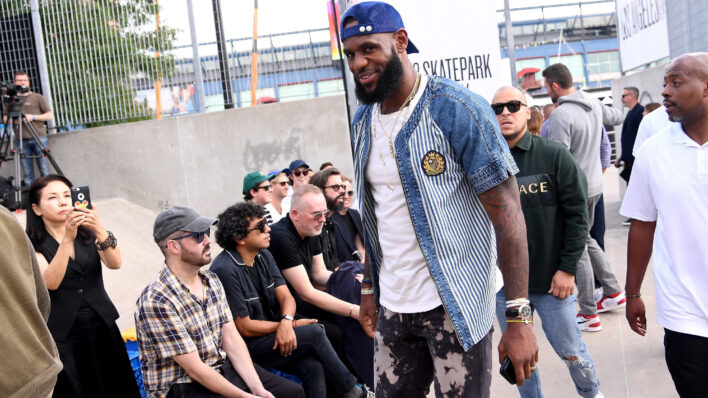 We all look to our mentors for advice. They’ve been where we are now and have their own successes and
By Aly Walansky    September 7, 2018

We all look to our mentors for advice. They’ve been where we are now and have their own successes and

We all look to our mentors for advice. They’ve been where we are now and have their own successes and failures that we’d be silly not to try and learn from. But what if the advice based on their own experiences doesn’t actually help us — what if it’s living through the experience ourselves that has the most impact? When asked what advice he’d give his 18-year old self, James’ response was profound: “I don’t want advice, and the reason I don’t want advice is because every experience is a teacher,”  NBA star LeBron James explained during an interview that has since gone viral after being tweeted Monday by Bleacher Report.

Of course, it’s one thing for James to say that — he has a lot of experience! He’s had ups and downs in his NBA career and overcome some major personal and professional obstacles to get where he is today.

James has been very busy, he even recently opened a public school that promises free college tuition upon graduation in Akron for at-risk children — and this idea came from his own childhood. James missed 84 days of school in fourth-grade because he was always moving. Also, when he was younger, biking was his only way to get around, so now he’s giving free bikes to 240 young students.

“It’s hard to go off of somebody else’s experience,” James says. “I could tell you guys, I could try to coach you guys, and me being a parent, that’s what I’m doing with my kids right now. I could give them the blueprint, but at the end of the day, they’re going to have to travel their own road.”