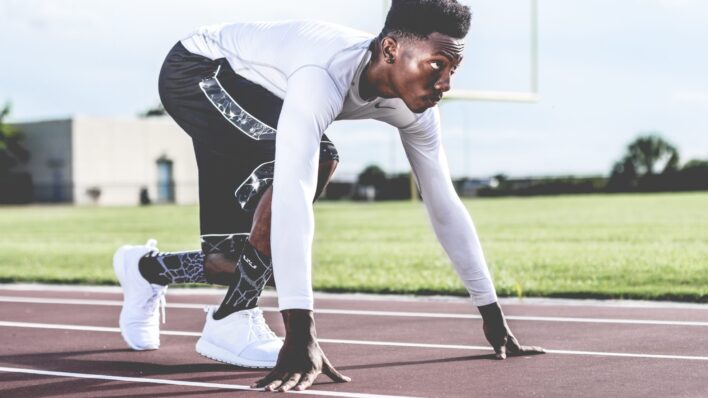 These Life Lessons from Olympians Are Too Important to Ignore

Every two years, we’re treated to an unrivalled display of talent and sportsmanship, as the greatest athletes from around the
By Barbara Pavone    February 9, 2018

Every two years, we’re treated to an unrivalled display of talent and sportsmanship, as the greatest athletes from around the world converge to compete for gold and show everyone what they’re made of.

Not only is it impressive to watch these individuals do their thing, but there are priceless lessons to be learned from observing how they win, and lose.

Here are five life-changing lessons we can all learn from Olympians that have nothing to do with sports. Whatever your life’s calling may be, your personal success story could not have begun without the support of those closest to you — your family.

It’s their unconditional love and commitment to helping you on your journey that forms an unshakable foundation, which you can stand on as you reach for your dreams.

For Olympians, this support comes in the form of devoted parents who drive them to practice, take on the financial burden of training, cheer them on and help them up when they’re down.

“Early in my sporting career, my parents were definitely the most important part of my entourage. I wouldn’t be in the sport without them,” said American hockey player Angela Ruggiero.

Keep chasing your dreams, even when you trip

When you’re working hard towards a goal, it can be easy to become demotivated when faced with a major roadblock, but as Olympians have shown us, even when you trip up, you simply have to keep going.

British long-distance runner Mo Farah personified this ideal when, at the Rio 2016 Games, his training partner and buddy, American Galen Rupp, accidentally tripped him 10 laps into the 10,000-meter, 25-lap race.

Instead of giving up, Farah used the devastating setback as motivation, got up and continued racing. When all was said and done, he had won the gold medal.

Winning isn’t always about being first

“Daring kids to dream, that’s the only reason why I’m sitting here.”

23-time gold medalist Michael Phelps is, indisputably, one of the greatest swimmers in history, but despite what everyone was expecting, he failed to win the 100-meter butterfly in Rio, instead tying for silver with two competitors.

The defeat was made all the more significant, as it was Phelps’ last individual race of his career. Rather than showing disappointment, however, Phelps explained that winning, to him, is about something much more selfless and intangible than a medal.

“Daring kids to dream, that’s the only reason why I’m sitting here,” he declared.

“I was a little kid with a dream and it turned into a couple of medals, pretty good couple years of swimming and I had a blast. So the more kids that I can one, help become water safe but two also just believe in themselves. Not be afraid to know that the sky’s the limit.”

“Make every second count” is a phrase that’s often thrown around, but never is it more exemplified than at the Olympics.

The difference between first place and last place can often be minuscule, even imperceivable to the naked eye, and a fraction of a second can change a life or represent the end of a dream.

In 1992, the women’s 100-meter final saw the fifth place runner finishing one-tenth of a second behind the winner. In 2008, Michael Phelps won gold in the 100-meter butterfly by one-sixth of an inch.

The examples are many and they all go to show that, in life, just like in the Olympics, every single second counts.

Adversity is the best motivator

You need look no further than the Games to see just how empowering adversity can be. Using it as inspiration, rather than a deterrent, can result in great things — you just need to believe in yourself, and work hard.

If there’s one thing athletes like gold-winning American gymnast Simone Biles (who was taken into foster care at age five due to her mother’s drug addiction) or Iran’s Zahra Nemati (who was hit by a car at 18 and paralyzed from the waist down, so she swapped her taekwondo dreams for archery and competed at both the Paralympics and Olympics) have shown us, it’s that’s unapologetically reaching for your dreams, no matter how unreachable they may seem, leads to success.