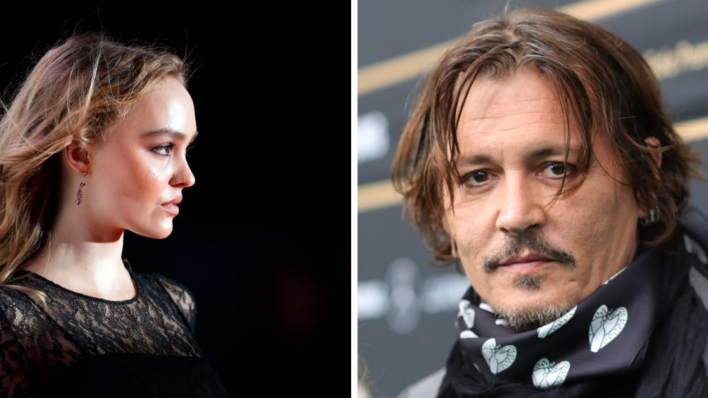 Many people go into acting or show business because they want attention and fans, but for others, it’s simply about
By Aly Walansky    January 3, 2021

Many people go into acting or show business because they want attention and fans, but for others, it’s simply about the craft – and for both Lily-Rose Depp and her father, Johnny Depp, fame is only a side effect of their true passion – acting.

In fact, Lily-Rose Depp says she actually prefers not being in the spotlight, and she has a lot of anxiety when it comes to fame.

Dealing with her anxiety

But as she told W Magazine, that anxiety does go away when she’s in front of the camera. Depp shared that when she’s acting, she gets to take a break from being herself, embodying the character she’s portraying instead.

Since getting her first taste of acting a few years ago, she’s had no choice but to make it her life’s work.

The only place where she’s genuinely free of self-consciousness is, in fact, a movie set, where she can be fully immersed in a character. “When I’m acting, I’m not thinking about myself,” she told W Magazine. “Because I’m not there. You know?”

Johnny Depp, too, sees life through a profound perspective, especially since his daughter came into his life. “When Lily-Rose arrived, you know it was sorta like . . . boom! You hit the pavement, and it’s strong beneath you, and suddenly you realize, ‘Ah, that’s what it’s for. That’s why you care about integrity or doing things without compromise. It’s for that. It’s for her,” he shared.

Fame and fortune is nice, and a lot of us would love to have it – but what really matters is finding your passion, and being true to yourself within it.

That kind of passionate, purposeful life is what true success is all about.