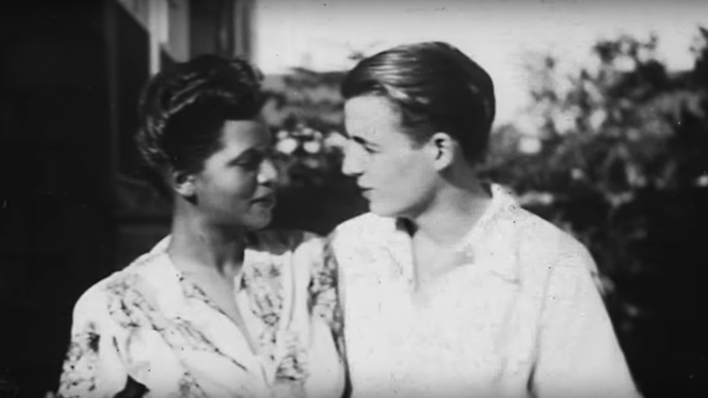 A black Army nurse and a white German POW falling in love during World War II sounds like something out of an Oscar-bait movie – but it happened.
By Aly Walansky    November 11, 2019

A black Army nurse and a white German POW falling in love during World War II sounds like something out of an Oscar-bait movie – but it happened.

A black Army nurse and a white German POW falling in love during World War II sounds like something out of an Oscar-bait movie – but it happened, and it shows a lot about the power of love overcoming even the most ugly and powerful of forces and boundaries.

Enemies in Love is a book by Alexis Clark, a former editor at Town & Country and an adjunct professor at Columbia University’s School of Journalism. In the book, Clark tells the little-known (but true!) story of Elinor Powell, a black army nurse who met and later married Frederick Albert, a German prisoner of war.

She had to fight just to be a nurse

Elinor Elizabeth Powell came from Milton, Mass – just outside of Boston. Her father had served in World War I, so Powell followed in her dad’s footsteps and then joined the army in World War II as a nurse.

It was when she enlisted and assigned to an intake base in Arizona  — where Jim Crow laws existed — that her life changed, as she caught her first glimpses of racism.

Elinor, like the few other black nurses who were permitted to serve in World War II, was assigned to care for German prisoners of war who were being held captive in Arizona. It was the most dangerous place she could work due to the racist beliefs espoused by the Nazi party, who she had been ordered to tend to.

“It was this great irony — she is serving her country, fighting a war against fascism and racism — and here she was on the receiving end by her own country!” Clark said in an interview with NPR.

Despite all she was going through, World War II also led Elinor to the love of her life.

He was caught in a war he didn’t believe in

Frederick Albert was a sensitive young German man who was conscripted into a fight he didn’t support.

Nurse Elinor met Frederick at the prisoner of war camp in Florence, Arizona, where he was assigned to work in the mess hall.

When the nurses entered for their meal, Frederick noticed Elinor and he said it was like he was under a spell. He walked right up to her and said:

You should know my name. I’m the man who’s going to marry you.

The attraction grew, and they quickly fell in love amidst all the conflict.

Because both the US and Germany at the time had laws against interracial relationships, both Elinor and Frederick were breaking all the rules just to be in love.

How they stayed together

When the war finally ended, Frederick was going to be shipped back to Europe, never to return – until he and his beloved conceived a child.

Elinor returned home to her mother – alone and pregnant, and Frederick was deported. Due to his young family in the United States, Frederick was able to return after a year to raise his son with Elinor– who he married in New York.

They then tried to move to nearby Boston to find work but as an interracial couple (especially with Frederick being a German in post-WWII), it was hard going, especially to find employment, and they experienced all kinds of discrimination.

They even attempted to move the family to Germany but they were treated badly there as well. With only their love to guide them, Frederick and Elinor came back to America and moved to Philadelphia, then Connecticut, where they finally found work and settled.

Wherever they went, what mattered most was that they were together and they had their two sons, Steven and Chris.

Elinor and Frederick’s remarkable story shows how far we have come. They refused to let the beliefs and prejudices of others keep them from finding love and happiness together, and they had the courage to stand up, looking past their differences, and follow their hearts.