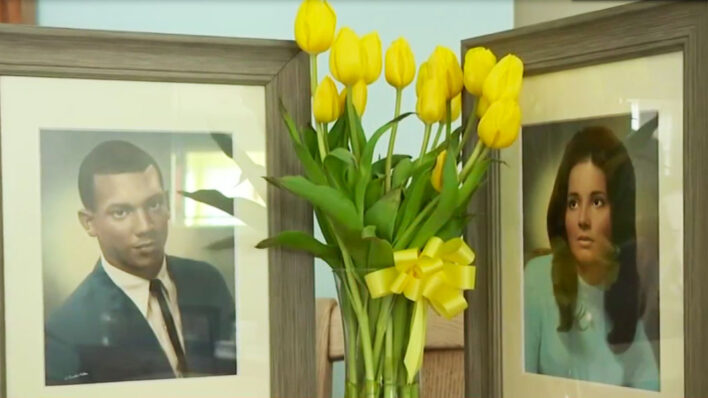 50 Years After Their Love Was Torn Apart by Racism, They’re Finally Married

Howard Foster and Myra Clark fell in love back in 1967, when interracial marriage was in its infancy. 50 years later, they finally married.
By Aly Walansky    September 19, 2019

Howard Foster and Myra Clark fell in love back in 1967, when interracial marriage was in its infancy. 50 years later, they finally married.

When love is real, it can overcome any barrier — even if it takes five decades.

Way back in 1967, high school students Howard Foster and Myra Clark fell in love. But because of the social climate at the time – and because Howard is black and Myra is white – their love ran into a seemingly insurmountable obstacle.

Interracial marriages had only recently become legal — the landmark Loving v. Virginia case ruled that Mildred (a black woman) and Richard (a white man) Loving could not be imprisoned for getting married in June of 1967 — and there were often race-related riots outside their high school.

Howard broke up with Myra to protect her

Though he loved her, Howard was afraid rampant racism would hurt their relationship — and endanger Myra.

“Society wasn’t going to let us be together and she be happy… She’d get tired of the stares; I just thought it was unfair to her,” Howard said of his decision. “Her happiness was the most important thing.”

After two years, Richard finally broke it off with Myra, when he realized he could not escape racism even at university.

“I believed he’d think I would be happy (without him), though he didn’t know what I’m made of,” Myra said of the moment he broke things off. “And that’s okay.”

The couple was heartbroken that they couldn’t be together and tearfully hugged goodbye before walking in different directions.

“Then a block away,” Myra told ABC6, “we both turned around at the same time and waved. I really think that wave was, ‘I’ll see you later.'”

Unfortunately, that goodbye would end up lasting for decades.

They thought they’d never see each other again

“I remember just sitting in my car and crying,” said Howard, “because it was not an easy decision. I really did love her.”

Their lives went in different directions, but they never stopped thinking about each other.

Howard recalled: “I wondered what would my life be like with her. What would it be like if we had stayed together?”

Myra never married. Howard did, but got divorced…

In 2014, something magical happened when they reconnected through a mutual friend. Howard reached out to Myra, and they were finally reunited across a picnic table in a park.

“For me, the fact that I was sitting there holding her hands is something that I thought would never happen,” said Howard. “And I was not letting her go.”

One year after reuniting, on August 1, 2015, Howard and Myra finally married — and they couldn’t be happier.

The couple is now in their 60s, but in love like teenagers. They hold hands each night when they fall asleep, and despite all the years they lost, Howard and Myra say they have no regrets.

Don’t give up on love

Love is precious and so incredibly rare. Even when the odds seem unsurmountable, those who are torn apart can find their way back together. Never give up hope! And if the opportunity presents itself, grab it, and never let go.

We can all learn from Howard, who said: “I walked away once; I was not going to walk away again.”