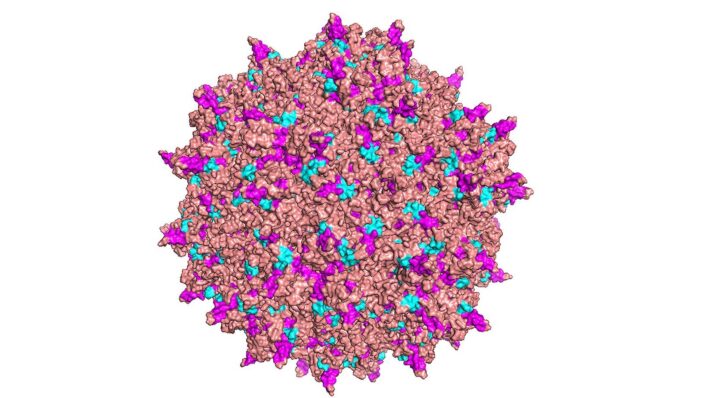 Over the past years, genetic engineering has emerged as a beacon of hope for countless diseases and disorders, thanks to
By Eliza Theiss    January 5, 2018

Over the past years, genetic engineering has emerged as a beacon of hope for countless diseases and disorders, thanks to

Over the past years, genetic engineering has emerged as a beacon of hope for countless diseases and disorders, thanks to relentless research by teams across the world. The latest major discovery in gene therapy has recently emerged from an intensive University of California study, where scientists have made progress in tackling Lou Gehrig’s disease with gene editing.

More commonly known as ALS (amyotropic lateral sclerosis), the deadly motor neuron disease currently has no cure, and treatments do not slow its usually swift progression.

Characterized by rapid muscle wasting, Lou Gehrig’s brings on increasing weakness, becoming fatal as breathing muscles succumb. The merciless disease affects about 20,000 in the U.S., and its rarity is often cited as a major factor for the lack of research and therapies.

Conducted on mice at UC Berkeley, the new CRISPR-Cas9 gene editing study delivered the benign adeno-associated virus (AAV) virus to mice with ALS. Once in the body, the virus seeks out motor neurons in the spinal chord and delivers a gene that encodes the Cas9 protein into the cell. Once it reaches its target, the gene delivers the protein, which in effect disables the mutant SOD1 (superoxide dismutate1) gene that causes ALS.

So far, the cutting-edge therapy has shown to extend the lifespan of mice by 25 percent, by delaying the start or onset of the disease. Furthermore, the study has revealed the next step in the therapy – fine-tuning the virus into a version that would target two types of neural cells, most likely increasing the therapy’s efficiency. Researchers also plan to incorporate a self-destruct switch into the delivering virus, that would eliminate the virus from the cell after it completes delivery.

One version of the AAV is expected to be shortly approved by the Food and Drug Administration as treatment for the rare Leber congenital amaurosis type 2 disease. In 2017, the FDA approved several gene therapies for childhood leukemia, inherited blindness, and aggressive non-Hodgkin lymphoma.