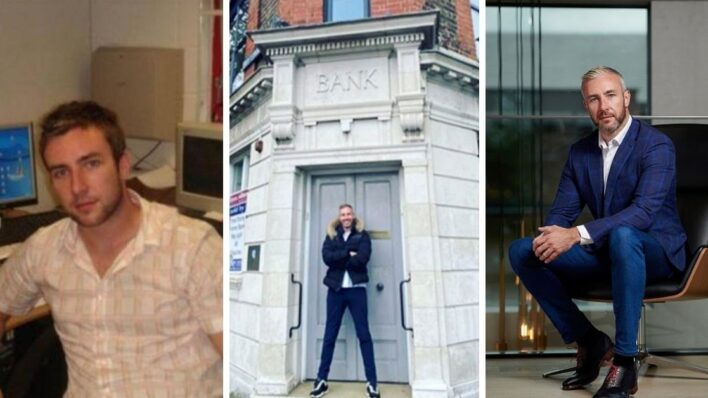 Adam Deering was refused a £10,000 loan because he was young and broke. 18 years later, he bought the same bank that didn’t take a chance on him.

We all remember our lowest points. The memories from those times never leave us: what happened, how we got out of it but also how we were treated when we needed help the most.

Adam Deering never forgot his humble beginnings. In 2002, he was near-broke, and tried to get a £10,000 loan at the RBS branch in Urmston, Greater Manchester. He was denied.

The once almost penniless man is now a wealthy businessman, and he’s marked the difference two decades can make by buying the bank that denied him his first chance. This is how he did it.

They refused him at his lowest point

At the age of 21, Adam had ambitious plans for his future. Believing in his capacities, he decided to take a chance on himself and his business idea.

I quit my job as a salesman aged 21 because I knew I had it in me to create a successful business, but I didn’t have a penny to my name so I needed a bank loan.

He walked into the bank fully prepared, but got a crushing response.

I presented them with a comprehensive business plan and asked for £10,000 but the bank manager didn’t seem to take me seriously at all.

“I was devastated when she told me I was too young and inexperienced and there was no way they could take a risk on me,” Adam continued.

But he never gave up on his plan

Despite the disappointing defeat, Adam never abandoned his idea. At the time, he went right back to work, toiling hard from the floor of a small office as he could not afford a desk and a chair.

Without the money I spent four months cold calling people from the floor of a small office because I couldn’t even afford a desk and a chair.

He finally got help from a Good Samaritan neighbor, Chris, who helped him set his life straight and get a job. He ended up working in debt management (ironically) and then quit when he was ready to launch his own venture.

18 years later, the tables have turned

While the beginnings of his venture were not easy, Adam continued to believe. He spent his last pennies from his sales salaries to rent a small office.

There were lots of times where I thought it was the end, but I refused to give up and it paid off.

His plans is to renovate and convert the building into an 8-apartment complex and a retail unit.

Mr Deering spends his free time now as a motivational speaker, helping to guide others as he has been guided himself back when he was a teenager who was expelled from school and spent his time doing small-time crime before falling into a cycle of getting fired from jobs.

The businessman said: “Building a business from scratch certainly isn’t easy and there are always times when you wonder if it is going to work out. The key is to stay true to your vision and keep going, there will always be hurdles to overcome.”

When I was turned down for the loan, it was tough but because I had a dream and I was so focused on achieving it, I made it happen anyway.

Adam was able to turn a defeat into an incredible win, even if it took years for it to materialize. Buying the bank that refused him was a celebration of his own resilience.

To me, buying the bank building brings things back full circle and it shows that I was right to keep believing in myself.