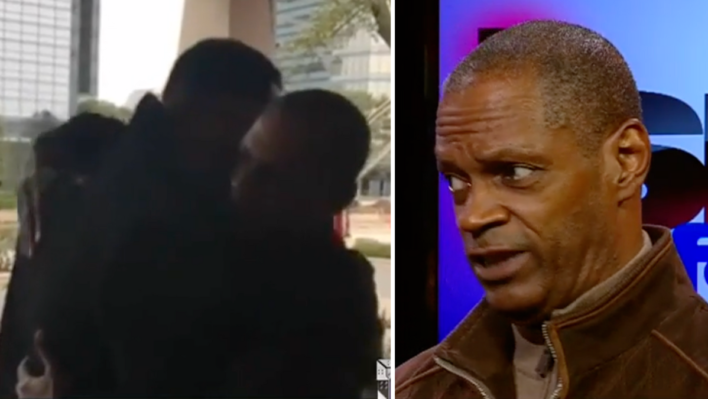 One customer went the extra mile for a server in a heartwarming act of kindness.
By Heidi Hamm    November 4, 2022

One customer went the extra mile for a server in a heartwarming act of kindness.

When it comes to eating out, most of us have our favorite restaurants. Edward Pollard is no exception. However, not only does he have a favorite place to eat lunch, but he also just so happens to have a favorite waiter.

Oftentimes after work, he would see James walking to the bus stop. Rain or shine.

One day after observing James, Pollard decided to flip the script, and rather than BE served, he decided to do the serving.

Except it wasn’t food that was on the menu.

Why a Customer Gifted His Favorite Waiter a Car

In a Facebook video that has gone viral, Pollard describes James Booker as someone who takes pride in his work and is “always extremely polite and conversational…the kind of person who instantly can put a smile on your face.”

He shares that he would see James on his daily commute, either sitting at or walking to a nearby bus stop.

Pollard further explains that he had an extra car that was just sitting around in case of emergencies. Rather than have it sit idly by, he felt compelled to give it to James.

He enlisted the help of Elite Collision Center to get it roadworthy. They provided both the labor and parts.

“So with the help of Elite Collision Center, we were able to get the car in great running order and detailed like new. I presented this car to him the day after Christmas and he was so appreciative.”

How One Customer Proved the Importance of Generosity

Pollard filmed the heartwarming exchange and posted it on social media. In the video, James is visibly stunned by the news. Crying and hugging Pollard, he repeatedly thanks him for the gift.

In an interview with Fox26 News, James says the car has been life-changing. He no longer has to wait at the bus stop; he can just hop in his car and go.

James spends his life serving others, and he always does it with a smile on his face; regardless of his circumstances. Edward Pollard has the privilege of watching true joy in action. And that just might be the greatest gift of all.