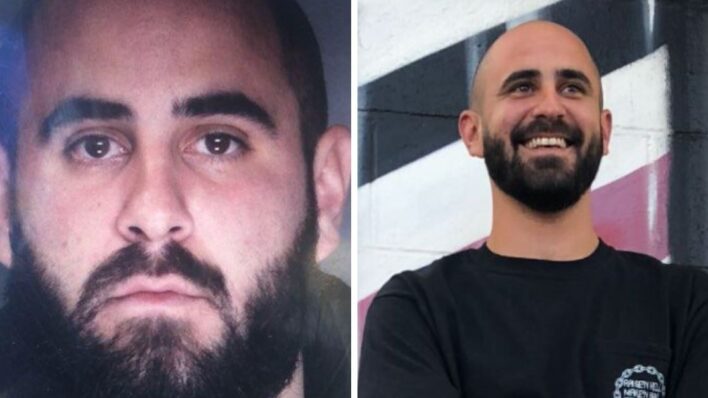 Alex Tillisch hopes to help others overcome their addiction, whatever it is, by sharing his powerful story with alcohol addiction.
By MJ Kelly    March 27, 2020

Alex Tillisch hopes to help others overcome their addiction, whatever it is, by sharing his powerful story with alcohol addiction.

Alex Tillisch was in a tumultuous relationship with alcohol for years and even as it wreaked havoc on his life, drinking was always his top priority, until one afternoon he woke up in an alleyway, after passing out drinking.

“The weight of my years in active addiction came crashing down on me and I knew I had to surrender,” Tillisch told Unilad.

“I just couldn’t keep it up anymore,” said the 29-year-old from Sacramento, California.

Like many, Tillisch ‘experimented’ with alcohol as a teenager but it wasn’t until he turned 18, that he started drinking regularly.

Looking back, he realizes now that he ‘never really drank like a normal person’.

Tillisch had got into the habit of sneaking drinks without anyone noticing and hiding booze so he never ran out.

He was 24 when he moved to Sacramento to launch his career as a barber and found himself living in close proximity to a myriad of bars.

“I started really drinking on a nightly basis and chugging a beer or two in the mornings to hold off the hangover,” said Tillisch.

“It was a perfect storm for a kid with a budding alcohol problem, and things went downhill pretty fast from there.”

He was hiding his problem

Every minute of Tillisch’s waking life was planned around drinking and he was doing it all in hiding.

“I’d be at the liquor store at 5.50am to restock when they opened at 6.00am,” he remembered. “I would lie and say I was going to a 6.30am Alcoholics Anonymous meeting, but really I was sitting in an alley drinking.”

On a few occasions, Tillisch called in sick to work after accidentally drinking too much the night before.

On days like this, he typically went on to spend his days drinking in alleyways or cheap motel rooms instead of staying home, where his girlfriend was during the daytime.

I had to keep up the appearance that I wasn’t drinking. I would try to get it together enough when it was time to be home so that it was believable that I hadn’t been drinking all day.

Slowly, he drifted away from his loved ones

At this point, alcohol had become the ‘primary relationship’ in his life. He lost touch with friends and avoided family gatherings because they got in the way of his drinking.

Meanwhile, not only was Tillisch’s addiction putting a huge strain on his relationship with his girlfriend, but it was taking on a toll on his health too.

After a doctor told him his blood test results were similar to that of a ‘50-year-old heavy drinker’ and that his liver ‘wouldn’t make it far past 30’ if he didn’t give up alcohol, Tillisch knew something had to change.

He wasn’t even enjoying drinking anymore, but couldn’t go a day without alcohol. Consumed with shame and guilt, he admitted his life had become a ‘facade’.

I was no longer calling the shots. I was no longer me. I did things that I would never do sober. My personal character took a back seat to my alcoholism.

“My life became a web of lies and hiding spots that I couldn’t keep track of.”

He was miserable but much as he wanted to quit, he couldn’t.

“As far as my brain was concerned, without alcohol, I was dying. No matter how badly I actually wanted to quit, I would drink because I knew I would die if I didn’t.”

In 2017, Tillisch was driving under the influence when he hit a curb, rear-ended a parked car, blew out a tire on his before crashing into a cement post outside a local liquor store.

He could no longer keep his addiction a secret.

Tillisch was arrested and given a DUI before being sent to a 30-day inpatient rehabilitation program, but once he got out he almost immediately started drinking again.

That was until he woke up in an alley again one afternoon after having passed out drinking that something came over him and he knew deep down that he was done.

“At this time, nobody knew (at least for certain) that I was drinking again. I knew I was going to lose everything when I came clean. But I was willing to give it all up for one more chance at real, meaningful sobriety.”

Determined to get his life back, he spent all the money he had on another detox program. His decision cost him his girlfriend, his job, his home and his car but ultimately, he was ready to do whatever it took.

He’s been officially sober since October 21, 2017 and he said he owes his success to the support of Alcoholics Anonymous and his sponsor.

I no longer had a crutch. I had to start dealing with everything head-on. I had to learn how to feel everything without alcohol. I felt like I was learning to walk again.

Slowly but surely, he regained control over his life

Since he quit drinking, he got back together with his girlfriend, now fiancee, and they plan to get married in May of this year. He’s reignited relationships with family and friends, has quit smoking, works out regularly and got his old job back.

Today, Tillisch deals with sobriety ‘on day at time’ and said life ‘has never been better. “There are good days and bad days. I attend Alcoholics Anonymous (AA) meetings regularly where I learn from other sober people how to navigate life after alcohol,” he said.

The whole experience taught him an important lesson, which is that we always have control over what we do.

I’ve learned to accept that I cannot control other people, places, or things. All I can control is my own attitude and behavior. I try to keep doing the next right thing moment to moment.

By taking ownership and control of his life, Alex was able to overcome his addiction. It’s a lesson we can apply to any hardship we face.