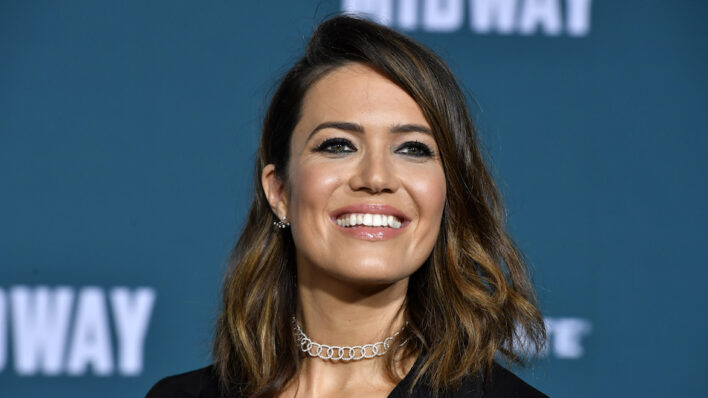 Mandy Moore’s abusive relationship with her ex-husband Ryan Adams took a toll on her passion for music but she never quit the battle.
By Shaoni Das    March 4, 2020

Mandy Moore’s abusive relationship with her ex-husband Ryan Adams took a toll on her passion for music but she never quit the battle.

Mandy Moore has been winning our hearts for a long, long time. She delighted us as a teenage pop star in the early 2000s, she stunned us as an adult with her intense dramatic performances on screen, and now she empowers us by hitting the recording studio again after a decade-long hiatus.

At this point, we’re used to hearing stories about former teen pop stars who led lives of chaos and insecurity behind the scenes when the crowds weren’t watching. Those who struggled and suffered internally whilst putting up a pretense of control and optimism for their young fans. You get your usual suspects: the overbearing parents, the possessive managers, the jealous boyfriends.

However, Mandy Moore was well into her adulthood when she decided to marry fellow musician Ryan Adams, and thus ensued an unhealthy, unfulfilling and straight-up toxic relationship that affected Moore’s professional and personal life in equal measure.

Since their divorce in 2016, Moore did manage to put her life back together. She found love again with Taylor Goldsmith, and this year, she makes her long-awaited return to music with the release of her album Silver Landings.

And this time around, she has a thing or two to say about her difficult experiences and the lessons learnt along the way.

She was devalued as a musician and as a person

Shortly after her marriage to Ryan Adams, Mandy had to step back from her passion projects because she thought the marriage wouldn’t last if she took on full-time work.

She said on Marc Maron’s ‘WTF’ Podcast that she was forced to take on smaller projects in order to sustain a relationship with her husband. A relationship that only ended up hurting her time and again. Due to Adams’ alleged ‘dependency’, she had to direct all her energies into giving him validation and attention.

I felt like I was drowning. It was so untenable and unsustainable and it was so lonely. I was so sad.

But most notably, her husband used his influence to command her career in ways that only benefited him. In this New York Times article, Mandy recalled how he, as her music manager, began making all the major decisions pertaining to her career.

He never recorded any of the songs the pair wrote together. He invited her to the recording studio only to shun her for some other female vocalist. He went so far as denying her musical abilities on the basis of her not playing any instruments.

Mandy finally put her foot down in 2015 by separating from Adams and divorcing him the following year. Yet the relief of having escaped such a psychologically abusive relationship is also accompanied by a slew of challenges.

Did she even know herself as a musician anymore? She had been stuck on the sidelines for far too long.

Seeing how Mandy has a popular gig as a lead character in beloved television series This Is Us, she doesn’t necessarily need to make it work as a singer again to achieve success. Mandy Moore’s acting performance in This Is Us garnered her unprecedented acclaim from all across the board, the likes she hasn’t gotten in her career so far.

And yet, she decided to embrace her journey

There is something so special about putting your heart and soul into doing something that had been denied to you for so long. In Mandy’s case, it’s singing. She tried her hand at bubblegum pop in her teenage years, but in her latest album Silver Landings, she doesn’t hold back from tackling the serious topics that have defined her development, both as a musician and as a human being.

She knew that she needed to be authentic to make this comeback work, and her album is proof of how people can overcome the direst of circumstances to find the silver linings in their life. Yet those same dire circumstances, the ugly memories, the sadness — they all become a part of you anyway. And there is a certain amount of strength to be drawn from that.

One of her songs , ‘Fifteen,’ dives into that message head-on, referencing the fact that Mandy had to leave behind her small-town life to become a pop singer at the mere age of fifteen.

She missed out on all the classic teenage milestones: the graduation, the prom, going to college in the fall. But she has no regrets, as those experiences have become a part of her and she wouldn’t change them for anything.

I’m a firm believer in things happening for a reason, and it took the last 10 years of my life to get to this point.

Some credit must go to her husband Taylor Goldsmith, who helped her get in touch with songwriting again in such a confident way, she revealed to The New York Times. The two of them wrote and recorded this album together.

Honesty with oneself and the world is the best way forward

But most importantly, Mandy Moore decided to get honest. She decided to accept her past whole-heartedly, and be true to herself. Music had been one of her first loves, and there was no way she wasn’t giving it another shot after the nightmare of a marriage she had been through.

She was creatively oppressed, psychologically tormented, and continually humiliated, but Mandy knew that she could only beat those demons if she chose to open up her heart to the world through the medium of music.

Strength often emerges in moments of vulnerability, and in Silver Landings, Mandy makes sure the wait was well worth it–both for herself, and for the longtime fans who’d watched her grow and evolve over the years.