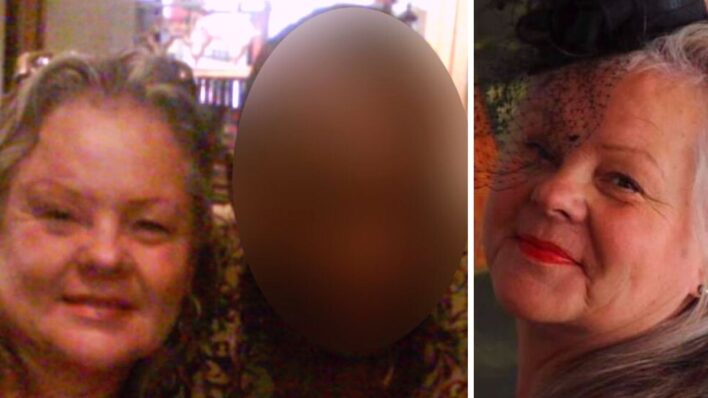 A Swedish woman transformed a devastating betrayal into a new passion for helping others.
By Joel Balsam    November 15, 2021

A Swedish woman transformed a devastating betrayal into a new passion for helping others.

Maria Grette was a 62-year-old divorcee when she met Johnny (not his real name).

Her friends had told her to go onto dating sites to meet someone, but she didn’t respond to requests until she got one from Johnny, who said he was a Dane raised in South Carolina that worked as a civil engineer in England.

“I was caught up by the atmosphere and by something in his words,” said the art teacher, painter and art therapist to BBC News in 2016.

“He had a way and a sweetness I had never known in a man before. And he was innocent in a way that puzzled me.”

They chatted online and over the phone before Johnny promised to visit her in Sweden. But first, he had to stop over in Nigeria so his son could do a job interview.

“I wanted to meet him because I liked him,” Grette said.

But while Johnny was in Lagos, Grotte got a frantic call. He said his son was mugged and shot in the head and he needed to pay €1,000 ($1,140) to the hospital to proceed with treatment. Since there were no bank branches he could withdraw money from, he asked Grette to transfer the money via Western Union.

“I will never forget how I rushed to the Western Union office, trembling while I did the transfer,” she told BBC News. “All I could think of was to get the two persons in Nigeria out of danger.”

Johnny then asked for more money due to complications with surgery, and Grette sent a total of £8,000 ($10,740), according to The Mirror.

He confessed to the crime

Finally, Grette thought something was wrong and stopped responding to Johnny’s messages.

A few weeks later, Johnny called and confessed that he was not who she thought he was.

“I said I already knew that. I asked him to tell me his true identity and he did,” she told BBC News.

He revealed that he was a scammer and that he felt he’d wronged “a lovely woman.”

“He said he had never met anyone like me before, that he had been fighting his feelings for me for a long time,” Grette explained. “He said his scamming mates had warned him about falling in love with a ‘client’, that he had ignored them because he trusted me and did not want to lose contact with me.”

Instead of being furious, Grette found herself attracted to the man.

“The attraction I started feeling was to the person who was revealing himself to me… It was still him, but with a new name and different age and circumstances,” she said.

“I wanted to meet him. I could not live with this relationship unless it was adjusted to reality in all senses.”

A new passion for helping others

So Grette flew to Nigeria to meet her scammer, and it was emotional right from the start.

“When I saw him at the airport in Abuja, tears fell over his face, and I knew I had known him all my life,” she said in the report.

The romantic feelings between the two evolved into a friendship, but Grette became passionate about ensuring that others do not get so desperate as to become scammers in the future.

She arranged for African artists to visit Europe for art exhibitions, workshops, conferences, and competitions. She also helped them find international grants and other funding.

“Johnny has given me more than he took.Without him, I would not have met Africa.”

Instead of demanding her money back, Grette actually sent her former scammer more money to complete his degree and he ended up getting a job in the American oil sector.

“He is very dear to me,” she said. “He has asked me so many times to forgive him and I told him that the most important thing is to forgive himself.”

Grette had every right to feel furious. She was scammed out of $10,000 and not only that, “Johnny” betrayed her emotions.

But Grette transformed those negative feelings into something positive, choosing to help the Nigerian man and at the same time developed a new passion for helping artists in Africa. The lesson here is that if we can muster the courage to forgive, then new doors can open up.

Lead With Compassion
“There is no exercise better for the heart than reaching down and lifting people up.” – John Holmes
Tags
Share
← Prev Post Next Post →