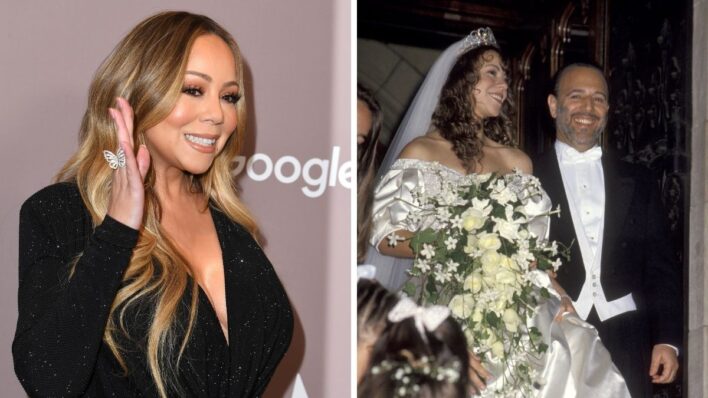 Many may be put off by Mariah Carey’s diva persona. In her memoir, the singer laid herself bare and revealed herself at her most vulnerable. In doing so, she shows that no matter what tragedy we went through, we can always bounce back.
By Shaoni Das    October 6, 2020

Many may be put off by Mariah Carey’s diva persona. In her memoir, the singer laid herself bare and revealed herself at her most vulnerable. In doing so, she shows that no matter what tragedy we went through, we can always bounce back.

Mariah Carey is adored as one of Hollywood’s most fabulous celebrities. Whether it’s her style or her personality or her outrageous vocal range, Mariah knows how to be a star. Yet, as we’ve seen with celebrities over and over again, you can never assume that their lives are just glitz and glamour.

Mariah’s childhood, adolescence, and early adulthood were fraught with complications. Those complications didn’t ease after she became a global phenomenon, either. Mariah Carey’s new memoir The Meaning Of Mariah Carey revealed that the singer fought some truly agonizing battles behind the scenes.

Some of those battles continue to this date. Her effortlessly charismatic stage persona may have blown a lot of minds away but her personal life went in a completely opposite direction. A direction that left her without agency, power, or any semblance of control.

What’s more alarming is how she developed a reputation for being a “diva” and a “drama queen.” Though some of those assumptions may be grounded in some sort of truth, it’s critical that we truly examine this label and contextualize it in terms of what’s been revealed in her new memoir. At the end of the day, most of these labels reduce a person’s complexity and worth. So it’s crucial to take a step back and see the bigger picture.

Mariah was discovered by former Sony Music Entertainment CEO Tommy Mottola. He listened to her demo and immediately used his connections to introduce Mariah into the industry. The two also entered into a romantic relationship — they tied the knot when Mariah was in her early twenties and Tommy was in his forties.

Mariah felt like she was “held captive” in her first marriage

In her memoir, Mariah revealed that though the relationship had been decent in the beginning, it quickly devolved into a “slow and steady march into captivity.” She even called their family mansion an “iron-clad dungeon” in that it was constantly being watched over by “armed guards” and “security cameras.” She said he was in control the whole time.

It felt like he was cutting off my circulation, keeping me from my friends and what little ‘family’ I had. I couldn’t talk to anyone that wasn’t under Tommy’s control. I couldn’t go out or do anything with anybody. I couldn’t move freely in my own house.

Tommy was so jealous and obsessive at times that he would send out armed search parties for Mariah if she was socializing with other musicians. Mariah coped at that time by maintaining a secret apartment in New York without Tommy’s knowledge, a place she would escape to whenever she had the chance. She would also carry an essentials bag in case she had to make a quick getaway from Tommy.

The couple separated in 1997 but didn’t get fully divorced until 2000. It was at that point when Tommy wielded his influence to “sabotage” Mariah’s critically-panned film Glitter, a feature film she had “no control” over.

Her diva personality has always been a coping mechanism

In her memoir, Mariah both challenges and explains the “diva” label that has often been associated with her. Her over-the-top persona in some ways is a direct result of a childhood that was rife with abuse and racism. Her biracial identity had brought her humiliation and degradation from the community, and she felt like she couldn’t fit in a single box. Even her husband Tommy tried to wipe the “urban” off her.

On top of that, her family was abusive towards one another and her. Her sister offered her cocaine, threw hot water at her face, and even attempted to “pimp her out” at one point. Mariah’s brother and her mother would constantly get into violent physical altercations, scenes that ended up traumatizing the young girl. Even as she became successful, she became an “ATM” for her family.

They used her when they needed to, and if she was unwilling to meet their demands, they would either call the cops on her or leave her in rehab facilities without her consent. Then came an abusive marriage that sent her deeper into a hole of anxiety, self-loathing, and fear.

I’d learned how to endure disappointment and carry on, to make the best of things and keep working. I certainly knew how to live with fear. I didn’t know life without fear

Music was her only reprieve and she focused on her career as best as she could.  It provided her with a different kind of freedom to present herself as “confident” and “glamourous” in public. Oftentimes, it was the only way to survive as her personal life was going through hell. She said:

Being able to put all that energy into cultivating a persona that inspired hope and fantasy for others was Mariah’s way of coping with her difficult life.

Eventually, Mariah was able to escape the clutches of both her family and her husband. A secret relationship with baseball superstar Derek Jeter spurred Mariah to split with Tommy for good. She also changed her record company and began producing music on her own terms.

The last few years have seen Mariah take on a number of musical projects, embrace the title of being the “Queen of Christmas,” and become a supermom to her twins. The obstacles still show up every now and then, but Mariah has gained enough willpower and self-belief in her life to know that she can fight through so many of them.

That’s another reason why Mariah refuses to acknowledge her age and claims to be “forever twelve.” She said that she’s been through so many battles that measuring her life in seconds or minutes has become futile for her. As she puts it:

Not living based on time also became a way to hold on to myself, to keep close and keep alive that inner child of mind.

Create your own box if you can’t fit into theirs

Much of Mariah Carey’s life has entailed a failure or unwillingness to fit into a singular box or identify with just one label. Our traditional mindset has a tendency to organize all human beings into a particular mould or category; if they don’t fit, then maybe they’re not human at all. But Mariah has always maintained that just because she didn’t fit into an individual box doesn’t mean she couldn’t create her own.

She worked hard, persevered, and fought for the life she has today. The “Diva” label was in many ways her own doing, and it was her way of creating a label that would best describe her sense of self. Empowerment, success, confidence — they form a pillar in the persona that is Mariah Carey. Those qualities shouldn’t ever be reduced to a simple stereotype.

We might not all be Divas but we’re all aware of being treated as part of a stereotype. According to society, everything you do is a direct confirmation or negation of a stereotype or a box. So when you’re overwhelmed by these confusing labels and you realize that you don’t want to fit into any of them, you just go ahead and live your life on your own terms. Having complete control over your own life and career is perhaps the best gift you can give to yourself. If that requires you to be a diva, then so be it.