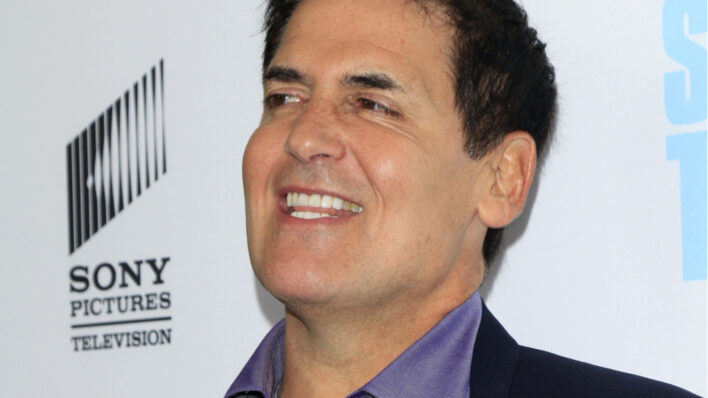 And while it won’t (unfortunately?) be in a caged ring or some sort of bizarre Hunger Games-style blood ritual, the stakes are high and the money is significant. And the prize? It might just be saving the planet.

The Shark Tank pitch that could change the world

The tech-sports-entertainment mogul and host of ABC’s Shark Tank announced his intention to go big on the solar energy industry by investing half-a-million dollars into contestant Catlin Powers’ One Earth Designs.

Cuban, not one to shirk from a bit of controversy, bluntly asked Powers if she “could put the fear of God in Elon Musk and put them out of business?”

Powers was initially on the show to pitch a line of solar-powered electric stoves and grills that she claims can revolutionize the way people cook outdoors. The Harvard grad, who holds a master’s and doctorate degree in environmental health, came up with the idea after spending time with nomadic families in Nepal, and saw how damaging cooking indoors could be to their health.

Out of the frying pan, into the money

She since created SolSource, a system whereby a mirror-covered parabolic dish uses the sun’s rays to heat cookware up to 550F. That, she says, can boil a quart of water in 10 minutes. It’s cooking that’s entirely fossil-fuel free and, as Powers says, “As long as you can see your shadow, you can cook with SolSource.” The stove retails for $499, the Classic Grill Pan for $89.99.

But as nifty as that sounds, it was Powers’ next project that really got Cuban going. She told the sharks that she was working on a solar battery capable of collecting and storing energy for several days.

It stores energy in organic molecules over multiple days at a time, a lot like plants do. It’s a natural biomimicry system, and that system will allow us to cook at night and also cook indoors.

The technology could theoretically be applied to cars as well.

While the others passed, Cuban jumped, calling it a “billion-dollar opportunity.”

If Cuban and Powers are serious about chasing and beating Musk in the solar industry, they have their work cut out for them. Musk’s electric car company Tesla bought solar energy services company SolarCity in 2016, and has since been busy building gigantic batteries in Australia and claiming floorspace for its solar battery Powerwalls and solar roof products at 800 Home Depot stores. There are reports of a similar deal involving Lowe’s.