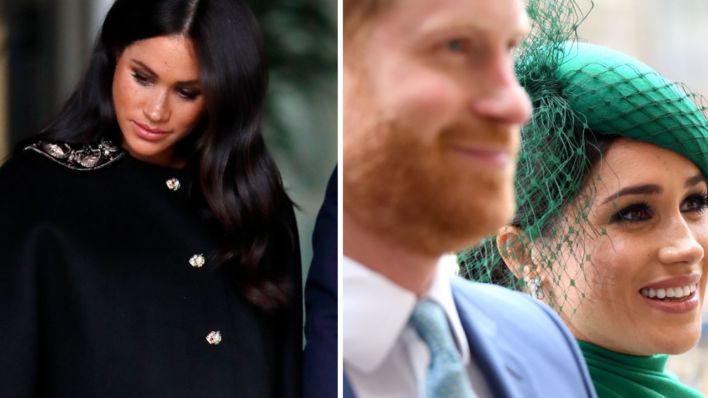 Meghan Markle, The Duchess of Sussex, has experienced a lot in the last few years: Marrying into the royal family,
By Aly Walansky    November 25, 2020

Meghan Markle, The Duchess of Sussex, has experienced a lot in the last few years: Marrying into the royal family, having a royal wedding televised to billions, and becoming a mother all while being constantly in the public eye.

But in a new piece she wrote for The New York Times, she opened up about the very private loss she and Prince Harry experienced while living in isolation this past summer: a miscarriage.

In her powerful essay, the Duchess shared that she “felt a sharp cramp” while changing first baby Archie’s diaper in July.

“I dropped to the floor with him in my arms, humming a lullaby to keep us both calm, the cheerful tune a stark contrast to my sense that something was not right,” Markle wrote.

“I knew, as I clutched my firstborn child, that I was losing my second.”

A message of vulnerability

It’s not often that the British royal family is so open and honest about the reality of grief or emotional health, but it’s been a consistant approach for Markle and her husband Prince Harry.

“I lay in a hospital bed, holding my husband’s hand. I felt the clamminess of his palm and kissed his knuckles, wet from both our tears. Staring at the cold white walls, my eyes glazed over. I tried to imagine how we’d heal,” she wrote.

The power of asking “Are you OK?”

In 2019, before the couple retired from public duty, they were on a tour in South Africa where a journalist took a moment to ask Markle if she was OK.

That was a moment when, despite her struggles with the paparazzi since becoming a royal, she felt actually seen. And it stuck with her during these impossible times.

“Sitting in a hospital bed, watching my husband’s heart break as he tried to hold the shattered pieces of mine, I realized that the only way to begin to heal is to first ask, ‘Are you OK?'” Meghan wrote.

“Losing a child means carrying an almost unbearable grief, experienced by many but talked about by few,” she said.

Markle mentioned in her essay that about 10% of all pregnancies end in miscarriage, but that it remains something that women are hesitant to talk about, which causes them to suffer alone.

This is especially dangerous at a time where so many of us are already isolated due to social distancing.

“Despite the staggering commonality of this pain, the conversation remains taboo, riddled with (unwarranted) shame, and perpetuating a cycle of solitary mourning,” she wrote.

It’s a time when many people, as Markle wrote, are simply not OK. The country is very divided, many Americans are without a job or an idea of how to pay for food or rent, and health is a constant concern. “Health rapidly shifts to sickness. In places where there was once community, there is now division.”

This division can make the loneliness and isolation brought by Covid-19 even the more poignant. But it also provides an opportunity for deeper connection moving forward.

“As much as we may disagree, as physically distanced as we may be, the truth is that we are more connected than ever because of all we have individually and collectively endured this year.”

Cultivating resilience in the face of loss

The Duchess’s message is one of hope and resilience in the face of sadness and tragedy. Her words stand as a reminder that we’re going through tough times, but we’re all in it together.

All of us are living in a moment of history where nothing is quite the same and may never feel the same again – but, even among physical distancing, there are opportunities to connect and be there for each other.

So ask people if they are OK. And be receptive when they ask you. It’s an important reminder that we are not alone, and that a moment of human connection can help us weather seemingly insurmountable challenges.