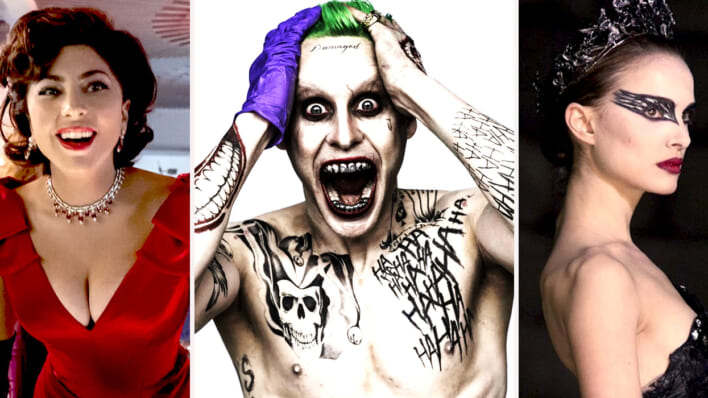 What Is Method Acting, Which Actors Use It and Is It… Dangerous?

The actors and actresses who use method acting go through is intense and challenging, and can truly make a role special. But is it worth it?
By Amy Lamare    July 31, 2022

The actors and actresses who use method acting go through is intense and challenging, and can truly make a role special. But is it worth it?

Hollywood has given the world some amazing performances over the decades, many of which have been given by actors who use Method Acting. But what is this style of performance?

In short, method actors become the character: they live it, breath it, eat it, sleep it on and off the set, from the time they are cast until the production wraps. It takes a lot of energy and commitment for a truly outstanding piece of method acting.

Marlon Brando in The Godfather, Daniel Day-Lewis in My Left Foot, Dustin Hoffman in Rain Man, and Jack Nicholson in both One Flew Over the Cuckoo’s Nest and The Shining are all classic examples of method acting when it is exmployed successfully.

More recently, Lady Gaga remarked to British Vogue that she employed method acting in her role as Patrizia Reggiani in House of Gucci. She said, “It is three years since I started working on it, and I will be fully honest and transparent: I lived as her for a year and a half.”

Lady Gaga went all-in on her House of Gucci role, going as far as not contacting her family and friends so that she remained in character as Reggiani. Gaga’s co-star, Jared Leto, is of course infamous for his commitment to method acting, often to his own detriment, if some reports are to be believed.

That said, there’s a certain purity in the performances of method actors. It’s a thrill for audiences to see a character so fully captured and conveyed. And for method actors, the practice can be like therapy, bringing up past demons and forcing them to deal with it in their roles.

But who are the actors most committed to method acting? And is it really dangerous?

What Is Method Acting and Why Do Some Actors Use It?

Method acting isn’t a fad or a passing fancy of the film world. It’s been around for a very long time. In fact, it’s taught in acting schools and touted as a way for actors to get into character. Method acting is a process that is focused on truly inhabiting that character and the period he or she exists during their performance. In this way, the actor is not acting, it’s something more intense.

The late Lee Strasberg is a revered acting coach, and is considered to be the father of method acting. He taught the practice from the 1920s until he died in 1982. He was the acting teacher of a who’s-who of film greats including Dustin Hoffman, Jane Fonda, Paul Newman, Marilyn Monroe, Robert De Niro, Al Pacino, James Dean, and Ellyn Burstyn.

RELATED: Marvel’s Will Poulter Called One Thing about Superheroes ‘Unhealthy’ – And He’s 100% Right

Stella Adler, Stanford Meisner, and Robert Lewis also developed and taught their own versions of method acting. If you’ve ever spent any time around actors, you know that they can wax philosophical on the ins and outs of the various methods, which they prefer and why.

When method acting is being taught, students are instructed to not “fake” what the character is experiencing in the scene, but instead to truly embody those feelings and internalize or personalize them; in so doing, the audience sees a clearer and more real depiction of what the character is feeling onscreen.

Actors who use method acting essentially morph their personality for the role into someone else, rather than simply “pretending” to be them. Because of that, there is a very fine line between acting and feeling a certain way on film, and then taking those emotions and personality home. Method actors don’t simply turn it on and off, and that can be dangerous.

Consider the recent case of Jared Leto in the critically panned superhero film, Morbius. In an interview with the film’s director Daniel Espinosa on Uproxx, he recounted some of Leto’s more bizarre antics.

Espinosa confirmed Leto was so committed to the character of Michael Morbius that when he had to go to the bathroom, he took his character’s crutches and limped his way there. That was taking too much time, so instead, a crew member would meet him with a wheelchair and wheel him to the bathroom.

RELATED: Jared Leto On The Importance Of Believing In Yourself

When Leto filmed his Academy Award-winning performance as the transgender character Rayon in Dallas Buyers Club, he also famously stayed in character for the duration of the shoot. In fact, the New York Times revealed that crew members on Dallas Buyers Club actually never met Leto until months after the production wrapped and they were premiering and promoting the film. He was in character for the entire 25-day shoot.

Jared Leto is the best modern example of a method actor taking it to an extreme… or the worst, depending on your opinion of his… shenanigans.

Other Actors Who Use Method Acting

In Black Swan, Natalie Portman went full method. For six months prior to filming, she trained in ballet, swimming, and cross-training for five hours a day. She hardly ate, lost 20 lbs., and was working 16 hours a day preparing for her intense role, for which she won the Academy Award for Best Actress.

For his role as composer Wladyslaw Szpilman in The Pianist, Adrien Brody spent four hours a day practicing the piano so he could believably play Chopin pieces on screen. He also dieted to get down to 130 pounds, which was skeletal on his 6’1” frame, but an accurate portrait of what someone in the Warsaw Ghetto during World War II would look like. He also moved to Europe, disconnected his cell phone, and sold his car to inhabit his role. Adrien Brody also won the Oscar for Best Actor for his role.

RELATED: Why Natalie Portman Left Marvel Movies – And Why She Returned in Thor: Love & Thunder

For her role as a transgender boy in Boys Don’t Cry, Hilary Swank dressed and lived as a man for a month prior to shooting. She wrapped her breasts, put socks down the front of her pants, and got her body fat down so her face would appear more angular and masculine. Hilary Swank won the Academy Award for Best Actress for her role.

In The Last King of Scotland, Forest Whitaker leaned in hard to play dictator Idi Amin. He learned Swahili and nailed Amin’s accent and dialect. He fully inhabited the character for 24 hours a day, even in his dreams, according to an interview with The Independent.

When the movie was over, he decided he had to let go of the character, saying, “The first thing I did was take a shower because I figured I could wash him off by scrubbing myself. I was in a room by myself, so I started yelling to get his voice out of me and get my own voice back.” Forest Whitaker won the Oscar for Best Actor for his role.

Whether Method Acting is dangerous or not depends on the individual actor. Do they have a support system in place for when they transition back to their real self? Do they lose themselves in their role so much that they engage in risky behavior they otherwise would not partake in? Are they opening old wounds and trauma with their performance?

Method acting is intense and rigorous. It isn’t a case of going to work, playing a character, and then going home to their spouse and kids. It is an intensive period where the actor’s true personality is suppressed in favor of the character they are portraying.

RELATED: Benedict Cumberbatch Is ‘Taking a Break’ from Marvel – And That’s a Good Thing

Daniel Day-Lewis is one of the most revered actors of his generation. He retired from acting, citing the toll his method of preparing for roles took on him. During the filming of 2017’s Phantom Thread, Day-Lewis found himself growing depressed and realized his heart wasn’t in it anymore.

In an interview with W Magazine, he said. “I need to believe in the value of what I’m doing. The work can seem vital. Irresistible, even. And if an audience believes it, that should be good enough for me. But, lately, it isn’t.”

If the actor or actress is psychologically sound and can distance themselves from the role in a healthy way, there’s no real problem with method acting. But that is a question only the actor and his or her family can answer.