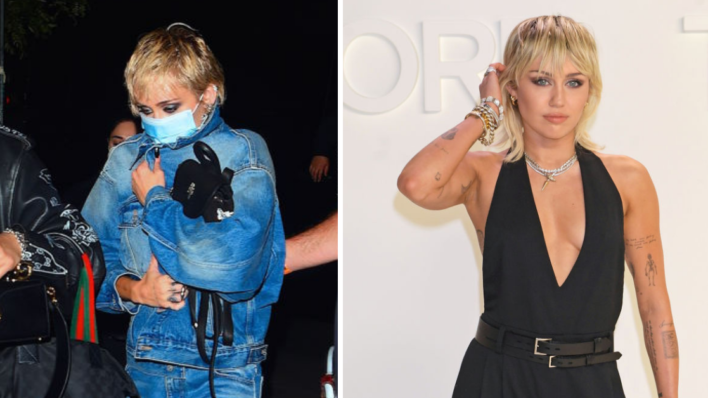 While many of us have adapted under COVID’s ‘new normal’, for those battling substance abuse, the struggle has only worsened.
By Bryan Liquor    November 26, 2020

While many of us have adapted under COVID’s ‘new normal’, for those battling substance abuse, the struggle has only worsened.

A spike in online alcohol sales mixed with limited counseling due to lockdown laws has led to a massive increase in ‘deaths of despair’, which are deaths from suicide, drug overdose or alcoholism.

You’d think that a music megastar worth $160 million, with 95 million in worldwide record sales and 116 million Instagram followers would be immune to it.

In fact, not only has Miley Cyrus relapsed under the pressure of the lockdown, she’s had to face some dark demons along the way. Yet in recently opening up about her struggles with — and reclaiming — sobriety, she provides inspiration we can all benefit from.

“I, like a lot of people, being completely honest, during the pandemic, fell off”

While most kids were learning about the birds and the bees, Cyrus was schooled in fame and fortune. The daughter of country music legend Billy Ray Cyrus rose to stardom at 14 as the star of Disney’s ‘Hannah Montana’. She left that nest at 18 to become a massively successful pop singer and emerging acting talent. In fact, her seventh studio album, ‘Plastic Heart’, just got released.

A dark place behind success

For Cyrus, as with many, substance abuse was a slow drip disguised as a good time. “It’s not really the drinking, it’s the staying up all night, and once you have your drink, you end up smoking”, she said recently.

By the time the music stopped and the lights came on, addiction had long taken hold.

Cyrus pointed to two pivotal moments leading to the six-month sobriety stint from which she relapsed, and recently recovered, from.

The first was performing at the Morrison Hotel pre-COVID. She accidentally had her camera on selfie mode when taking a picture, and, seeing a “horrible, sweaty and flat” image of herself, immediately left the show, horrified.

The second was undergoing vocal cord surgery after tonsilitis, which forced her to quit smoking. As well as being unable to talk for a few weeks, she was forced to spend time with herself. It proved to be her biggest challenge.

It’s excruciating. And I did it probably three nights ago and sobbed by myself. And I felt so good the next day, because you cannot do this forever.

Along with uncovering some harsh truths about herself, she also uncovered patterns of addiction and mental illness within her own family. ” By understanding the past, we understand the present and the future more clearly”.

Fast forward to now, and two weeks into regaining her sobriety, Cyrus has again had to turn her attention inward.

That’s because she recently celebrated something that many artists of her ilk haven’t: Her 28th birthday.

The list of famous artists dying from their lifestyle at age 27 — Jim Morrison, Kurt Cobain and Amy Winehouse to name a few –is so prominent these late celebs were given the name ’27 Club’. It’s a membership that Cyrus wanted no part of. She’s also well aware of the fact she was close to joining that infamous company.

“You go into that next chapter or this is it for you. I just feel that some of the artists that almost couldn’t handle their own power and their own energy and their own force. It’s an energy. I, no matter what, was born with that.”

In opening up so publicly about her ongoing fight with addiction, Cyrus shows that struggle cuts through class and status. Being wealthy and famous didn’t shelter her from suffering. It also didn’t exclude her from the self-reflection needed to heal.

Ultimately, her story demonstrates that overcoming addiction takes the courage to both be vulnerable and ask for help as well as look within, as beneath the hurt lies our best self. Let her journey inspire you to find yours as well.