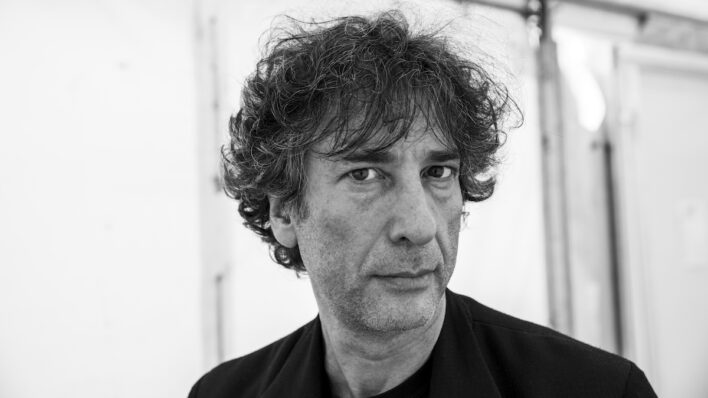 Neil Gaiman is a British author who earned critical praise by writing detail-rich fantasy tales in an often darkly humorous tone. Here are 26 Neil Gaiman quotes about being wise and brave.
By Flavia Medrut    August 3, 2021

Neil Gaiman is a British author who earned critical praise by writing detail-rich fantasy tales in an often darkly humorous tone. Here are 26 Neil Gaiman quotes about being wise and brave.

Neil Gaiman is a British writer whose work reaches audiences of all ages. From comic book series (The Sandman) to novels like Stardust, The Graveyard Book or American Gods, the author earned critical praise by writing detail-rich fantasy tales in an often darkly humorous tone.

Gaiman was able to read by the age of four. He began devouring everything from schoolbooks to whatever he could get his hands on in the library. The writer remembers being good at most subjects in school not because he had any particular skills, but because he loved reading so much.

After graduation he started working as a freelance journalist. In 1984, Neil earned his first author credit for writing a biography of the music group Duran Duran. The paperback was a success as the first printing was sold in a matter of days.

For being the kind of writer who could always create something entirely new, Gaiman was hired by DC Comics and wrote The Sandman — the first comic ever to receive a literary award (World Fantasy Award for Best Short Story, 1991).

Here are 26 Neil Gaiman quotes about being wise and brave:

The one thing that you have that nobody else has is you. Your voice, your mind, your story, your vision. So write and draw and build and play and dance and live as only you can.

You can take for granted that people know more or less what a street, a shop, a beach, a sky, an oak tree look like. Tell them what makes this one different.

It’s like the people who believe they’ll be happy if they go and live somewhere else, but who learn it doesn’t work that way. Wherever you go, you take yourself with you. If you see what I mean.

Life is always going to be stranger than fiction, because fiction has to be convincing, and life doesn’t.

Empathy is a tool for building people into groups, for allowing us to function as more than self-obsessed individuals.

You don’t pass or fail at being a person, dear.

We do what we do, because of who we are. If we did otherwise, we would not be ourselves

Truth is, there aren’t any grown-ups. Not one, in the whole wide world.

If you cannot be wise, pretend to be someone who is wise, and then just behave like they would.

Sometimes the best way to learn something is by doing it wrong and looking at what you did.

You’re always you, and that doesn’t change, and you’re always changing, and there’s nothing you can do about it.

When you’re scared but you still do it anyway, that’s brave.

It’s part of growing up, I suppose… You always have to leave something behind you.

Life — and I don’t suppose I’m the first to make this comparison — is a disease: sexually transmitted, and invariably fatal.

We all not only could know everything. We do. We just tell ourselves we don’t to make it all bearable.

I’ve known ambitious people with no aptitude for the thing they did. Most of whom, rather terrifyingly, tended to succeed.

The imagination is a muscle. If it is not exercised, it atrophies.

There are so many fragile things, after all. People break so easily, and so do dreams and hearts.

It is sometimes a mistake to climb; it is always a mistake never even to make the attempt. If you do not climb, you will not fall. This is true. But is it that bad to fail, that hard to fall?