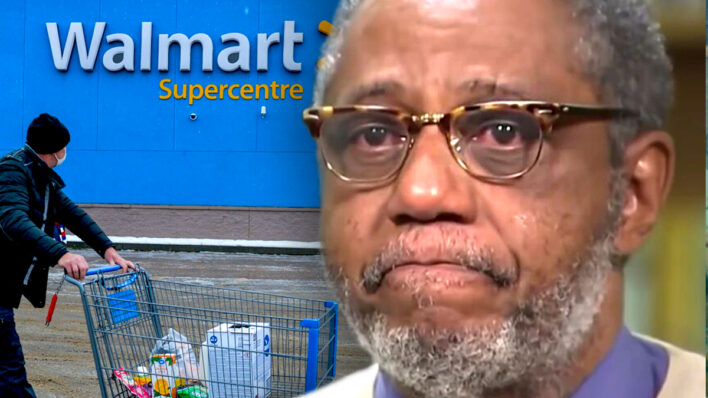 One high school principal from North Charleston works an extra job at Walmart, but he isn’t doing it for the extra income.
By Joel Balsam    April 13, 2022

One high school principal from North Charleston works an extra job at Walmart, but he isn’t doing it for the extra income.

North Charleston High School Principal Henry Darby has two extra jobs. Not only does he work for the town council — a position he has held since 2004 — but he also works three nights a week at Walmart. Darby is so motivated, it’s unclear how he has any time for himself, his Walmart shifts run from 10pm to 7am and he heads straight to work before the morning bell.

Surprisingly, the reason Darby is working so much isn’t for himself. Rather, it’s for the low-income students at his school and their families.

“I decided to get another job because the kids, they really need help,” Darby told Post and Courier.

The Inspiring Reason a High School Principal Works at Walmart

According to the South Carolina Department of Education, 90 percent of North Charleston High students live in poverty.

RELATED: Student Bumps Into Former Teacher Now Left Homeless By Pandemic – Gets Him Back On His Feet

Darby is used to working hard. Since he was a teenager, he has had the self-discipline to work three or four jobs, including at the airport and a glass factory.

Because of my work ethic, this is nothing new to me. This is just a part of my lifestyle.

When he first got the Walmart job, he worked five days per week, but found that was a little much — humans do need to sleep sometimes, after all. So, he continued with three days a week, and doesn’t care if students judge him for working at the corporate retailer. In fact, he thinks it’s a good life lesson.

“If some of them could see that if a principal could work at Walmart, why can’t they?” he said.

With the money he’s raised — $2,500 as of the story’s initial publication in January — some of the money has gone to help pay college tuition while more has gone to buy things for the students.

“His heart is so big,” said Elizabeth Bowens, the school’s parent advocate administrator. “This is his community. He’s grown up here, he still lives here. These kids are like his kids.”

Darby hopes his work ethic will set an example for his students and help inspire them to rise out of poverty.

I wish that those of us who are born of poverty and we had to struggle and we made it to at least the lower middle class, that we will look back to help others.

Educating the next generation is already an honorable profession, but this principal has gone above and beyond. He has shown little regard for his own time, instead working himself to the bone to help others.

Though it’s not necessary for everyone to work that much, he is admirable, and his efforts are a reminder that we can (and should) do more to help others.