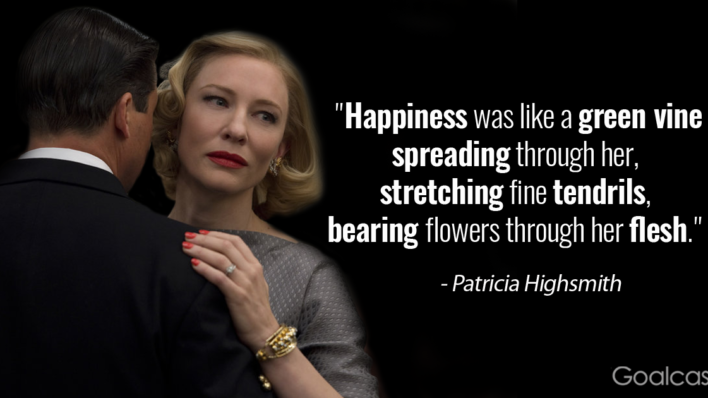 Patricia Highsmith (January 19, 1921 – February 4, 1995), was an American writer, best known for her intriguing psychological thrillers that are a real treat for those who love the genre.

However, not all Highsmith’s writings are about sociopaths and murderers. In fact, some of her works are so different, it’s hard to believe that they were written by the same person

Sadly, Highsmith lived an unhappy childhood – she didn’t meet her real father until she was 12 years old and her eccentric mother would constantly bug her. By the age of eight she was reading mental illness studies that fascinated her at the time and would later become useful for her writing.

She didn’t want her work to be too similar to that of other mystery authors so she preferred to get her inspiration from reading about crimes in the press. Besides, her imagination was vivid enough and did not shy away from the dark places of the human psyche – and this was just about enough to create some of her finest novels.

A lot of Highsmith’s work was adapted for film and television; she won numerous accolades and the praise of fellow authors.

Here are 21 Patricia Highsmith quotes to awaken your mind:

Each book is, in a sense, an argument with myself, and I would write it, whether it is ever published or not.

If you wanted to be cheerful, or melancholic, or wistful, or thoughtful, or courteous, you simply had to act those things with every gesture.

I know you have it in you… the capacity to be terribly happy.

A kiss, for instance, is not to be minimized, or its value judged by anyone else.

I got a theory a person ought to do everything it’s possible to do before he dies, and maybe die trying to do something that’s really impossible.

Our actions and responsibilities are our own; what later returns to either haunt or applaud us is neither possible to predict nor always completely understandable

I feel I stand in a desert with my hands outstretched, and you are raining down upon me.

My imagination functions much better when I don’t have to speak to people.

Anticipation! It occurred to him that his anticipation was more pleasant to him than the experiencing.

One’s just supposed to conform. I know what they’d like, they’d like a blank they could fill in. A person already filled in disturbs them terribly.

Happiness was like a green vine spreading through her, stretching fine tendrils, bearing flowers through her flesh.

I think there’s a definite reason for every friendship just as there’s a reason why certain atoms unite and others don’t—certain missing factors in one, or certain present factors in the other

What was it to love someone, what was love exactly, and why did it end or not end? Those were the real questions, and who could answer them?

It is then good to remember that artists have existed and persisted, like the snail and coelacanth and other changing forms of organic life since long before governments were dreamed of.

I’d had a little feeling of destiny. Because, you see, what I mean about affinities is true from friendships down to even the accidental glance at someone on the street-there’s always a definite reason somewhere. I think even the poets would agree with me.

No book, and possibly no painting, when it is finished, is ever exactly like the first dream of it.

I don`t set the alarm to get up. I get up when I feel like it.

She did not have to ask if this was right, no one had to tell her, because this could not have been more right or perfect.

The justice I have received, I shall give back.

What could be duller than past history? Maybe futures that won’t have any history.