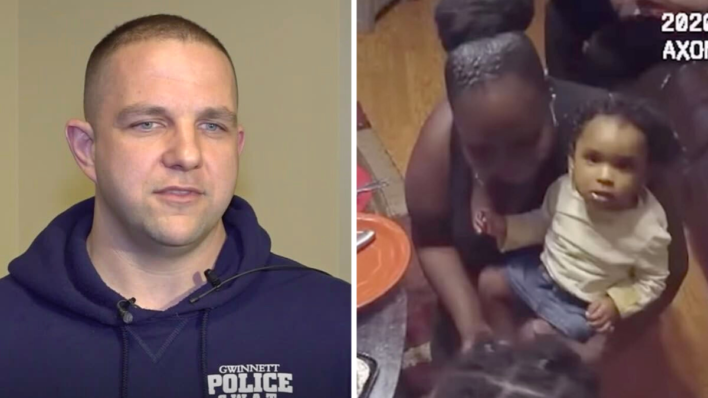 A random police audit revealed a feel-good moment showing the possibilities of both police and people.
By Bryan Liquor    March 31, 2022

A random police audit revealed a feel-good moment showing the possibilities of both police and people.

When stopped, the woman told them that she was on her way home after walking over two miles to get balloons for her daughter’s birthday. However, she didn’t have a cake.

Wilston told the Washington Post that when they heard the woman didn’t have a cake for her little one’s birthday, they had to step in.

As a kid, I remember the cake almost being the best thing about my birthday, so I was more than happy to go find a birthday cake for this 1-year-old. It was heart-wrenching that the woman didn’t have enough money for a birthday cake.

Boney offered the woman a ride, and she gave him a hug, thanking him profusely. However, during the ride home, they made one small stop along the way.

As they stopped at a nearby market, Boney gave Wilson his credit card to get a cake with the number ‘1’ on it.

Police Officers Buy Woman a Cake for Her Daughter’s Birthday

It turns out that the party was just getting started. Their body-cam footage showed Boney and Wilson walking the woman to her apartment, where they are greeted with hugs from each of her daughters.

“The little girls, when they ran up to give us a hug and stuff, it was just like it was part of the family,” recalled Boney.

And so, they celebrated as a family. Everyone joined in singing ‘Happy Birthday’ to the beaming birthday girl.

Wilson said it was priceless. “It was awesome to meet the birthday girl,” he said. “My favorite reaction was seeing her and the rest of the kids blow the candle out.”

For Wilson, the experience shows the power of being human.

All it takes is a little love and compassion for one another- it was a special moment for me to give that family a memorable experience.

That’s what it’s all about: Connecting on a human level to create positive memories during our short stay on this Earth.

As Boney and Wilson showed us, that can include law enforcement. Obviously, their job doesn’t always permit them to connect with people in that way. However, when there’s a chance to brighten a kid’s birthday, help a struggling father, or feed someone in need, you better believe they do.

In the end, policing, like life, is about people.