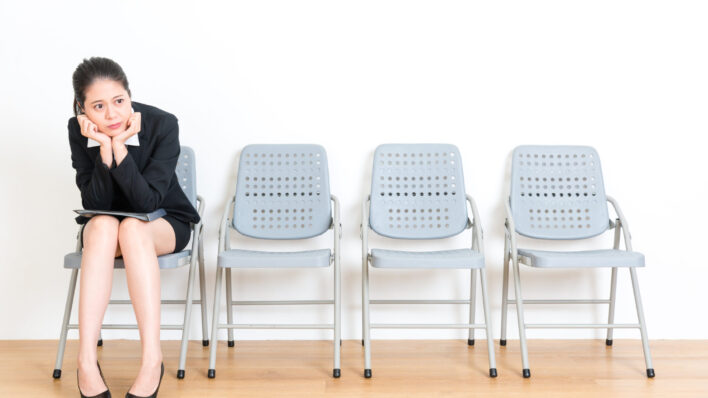 The Power of Starting From the Bottom: Why Being Disadvantaged Is Your Biggest Strength

No one likes the idea of starting from the bottom. To have to start from zero, without anything to your
By Matt Valentine    December 20, 2017

No one likes the idea of starting from the bottom. To have to start from zero, without anything to your

No one likes the idea of starting from the bottom.

To have to start from zero, without anything to your name, the slow uphill climb seeming almost unbearable at times.

You might feel disadvantaged, just starting out in your pursuits or recovering from a setback, however, starting from the bottom offers its own unique set of advantages. Advantages that many of the most successful people attribute to being the main factors of their success.

The Power of Starting From the Bottom: Why Being Disadvantaged Is Your Biggest Strength I was set free because my greatest fear had been realized, and I still had a daughter who I adored, and I had an old typewriter and a big idea. And so rock bottom became a solid foundation on which I rebuilt my life.

Rarely, if ever, do you hear someone who is wildly successful state that their formal education or personal connections to funding early on were what made them successful.

No one can argue that these things make a difference. But at the end of the day, when asked what were those qualities and advantages that really made the difference, what really allowed them to realize success, it’s all those things you cultivate when you’re in the furnace– without money or resources…only that deep burning fire and the skills you developed while you persevered through the tough times.

Clearly, these skills and the degree to which you have or develop them is different for everyone. But these are some of the incredible skills and advantages I’ve found starting from the bottom gives us:

This is the first and most prominent advantage.

Everyone I’ve ever known who has grown up more privileged (this doesn’t have to be money, it can mean connections in the profession they decide to enter later on in life) didn’t have the same hunger to accomplish their goals as someone that started from the bottom.

This isn’t to say that anything, in particular, is required to realize success or that someone else is more entitled to success because they suffered more. Everyone should have the same chance to fulfill their dreams.

However, I know how hard you need to work and how much you need to be willing to sacrifice to really make your dreams happen. The truth is, you’re just very unlikely to be successful unless you have a pure-burning, unstoppable hunger that tends to only come from the adversity you experience when starting from the bottom.

2. A scrappiness that refines your resourcefulness

Resourcefulness is a skill that is highly valued by some of the world’s most successful, including Amazon.com founder, Jeff Bezos.

The thing with resourcefulness is, it’s essentially your problem-solving ability, and you can’t solve problems if you don’t have any.

The great thing is anyone can throw themselves into the fire and start a business or pursue their passion. And when you do that, you’re often forced to solve a myriad of problems just to help your efforts survive in the first few years. This kind of scrappiness you develop by chasing your dreams refines your resourcefulness, a skill you’ll continue to use as your dreams grow.

3. A compelling story that others will be attracted by and identify with

Less a skill or ability and more a part of who you are, by starting from the bottom and clawing your way up with your unstoppable hunger and scrappy problem solving, your story becomes an example of hope, a confirmation to others that you can realize your dreams, and something to believe in and follow.

Your story makes you someone and something that people want to follow and this holds several incredible advantages just within itself. Your efforts from here on out gather attention, they draw help, and they help propel anything and everything you ever do from that point on.

And that’s all in addition to the people you’ll help inspire to go after their own dreams and goals because they’re also starting from the bottom and lack the confidence to believe they can do it.

Starting from the bottom is tough, no matter what your goals or dreams are. But the experiences we go through and the circumstances that surround us are a breeding ground for some of the most powerful and important ingredients for success.

If you’re starting from the bottom, believe in yourself because you have advantages that others who don’t have to start from the bottom will never have: an unstoppable hunger, the resourcefulness to make anything happen, and an inspiring story in the making that will fuel you and inspire others.