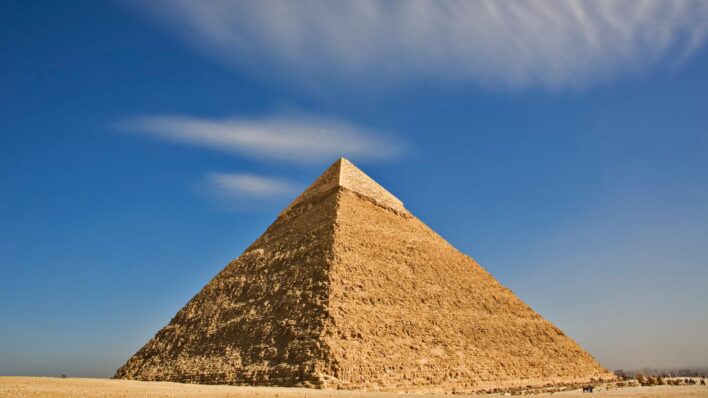 John Wooden’s Pyramid of Success: How to Use It

Success can be defined as an achievement, but moreso, it is a mindset. Successful people are those who embody this mindset each and every day.

They set themselves realistic goals, only to exceed them. They demand more of themselves, while understanding setbacks are part of the process. They adopt a growth mindset, where there is no such thing as failure, but constant opportunities to learn, grow, and evolve.

If you were to distill the qualities of successful people, you’d find common traits. They demonstrate habits that prime them for success. They’re clear on their purpose. They’re aligned with their values. Although there is an element of mystery involved, anyone can learn to live a successful life. And fortunately, one man has done the groundwork in pulling together these qualities and presenting them in a clear way.

That man is legendary college basketball coach John Wooden. Not only did he earn himself a place in the basketball hall of fame, he was also something of a philosopher. Coach Wooden created the pyramid of success, a framework that combines many different qualities that contribute to a successful mindset.

For those who enjoy structure, or are analytically minded, Coach Wooden’s pyramid provides a valuable breakdown of values, behaviors, and approaches that will supercharge your path to becoming a better person.

In this article, we’ll break down Coach John Wooden’s pyramid of success in detail, before showing you exactly how you can apply its wisdom to your life.

Who is John Wooden?

John Wooden was one of the most successful basketball coaches in living history, aptly earning the nickname the “Wizard of Westwood.” Across a 12-year period in the 60s and 70s, he won ten National Collegiate Athletic Association (NCAA) championships with the UCLA Bruins. That spell of success included a record-breaking 88-game winning streak.

Across a 40-year career, Wooden became known for his wisdom and outstanding leadership skills. John Wooden’s own method, the pyramid of success, is his most well-known contribution. This contribution benefitted not only to the sporting world, but was applicable to all aspects of success. He wrote a number of books explaining his philosophy. Coach Wooden died in 2010, aged 99, with his legacy firmly etched in history.

How does the pyramid of success work?

The pyramid of success is Wooden’s way of capturing the ingredients of success he’d identified across his extraordinary career and life. Wooden’s pyramid of success contains 15 building blocks across five layers. Similar to Abraham Maslow’s hierarchy of needs, each layer builds upon the other.

Of course, success doesn’t depend exclusively on following a strict order. Instead, the pyramid of success contains a cross-section of the values and behaviors that moves beyond building a more effective offense or cohesive team spirit, helping those that use it build a fruitful life.

The diagram consists of 15 inner blocks and ten “mortar,” totaling 25 building blocks, which John Wooden calls the 25 Proven Behaviors That Produce True Success. It’s effectiveness comes from considering how, as an individual, you’re integrating these qualities into your life.

Wooden saw these successful behaviors as fundamental to the successes he taught and witnessed in others. As we explore the building blocks below, keep in mind how you can integrate these into your life. The more blocks, the better.

The Building Blocks of the Pyramid of Success

So, what are these magic ingredients the Wizard of Westwood identified? Join John Wooden and learn more about his pyramid, starting with the 15 inner blocks, layer by layer.

These are the foundations success is built upon. It’s almost impossible to become successful without balance in these areas.

This is hard work, plain and simple. If you want something in life, you have to work for it, be it financial wealth, climbing the career ladder, raising a family, or overcoming limitations.

Without friends, success becomes a lonely journey. Both the highs and lows of any worthwhile pursuit are best shared with loved ones.

This works both ways, in trusting people around you, and being loyal to others to build trust. Coach Wooden believed it was sometimes necessary to sacrifice personal glory for the team.

No person is an island. Working with others from a place of generosity — sharing wisdom, sharing ideas, sharing inspiration.

Success requires commitment over long periods of time, commitment with enthusiasm and an eagerness and passion towards pursuing your goals.

Once building upon solid foundations, these building blocks are the cornerstone of developing momentum towards a successful life:

You have to be able to avoid temptations that lure you away from your path, have the self-discipline to become a better person, and remain committed to taking action.

This is the opposite of tunnel vision, it’s the ability to remain tuned-in to your environment, and respond with good judgment. Successful people don’t isolate themselves, but are observing constantly.

Success isn’t handed to anyone. Sure, you will get help and support along the way, but you must be willing to take matters into your own hands, through discernment and careful planning.

Keep going when times are tough. Having intent means to be persistent when things are working against you.

These building blocks are at the heart of Wooden’s philosophy, bridging the foundation and the higher levels.

This is made of three components — mental, moral and physical condition. Considering Wooden’s background as a basketball coach, this holistic approach is common sense. You have to have your mind, body, and heart aligned and looked after.

What are your gifts? What can you learn to improve? Skill is the process of mastering different abilities, and knowing what your strengths and weaknesses are.

This goes one step further than cooperation. This is the willingness to sacrifice personal interests in order to benefit a greater cause — be it someone else, a team, or even a transcendent form of service.

These two building blocks are near the peak of the pyramid:

This is the ability to stay true to your values and your commitment, when faced with challenging circumstances. It can also be described as self-respect, confidence or composure.

This is the point of becoming certain of your abilities from relentless study, application, and development. This is a stage of excellence where true, abiding confidence becomes a natural byproduct.

Finally, the building block sitting at the top of the pyramid of success, is…

Another building block indicative of coach Wooden’s immersion in sports that has much wider implications. This form of greatness doesn’t only apply to beating opponents in the arena, but being willing to take your place on the stage, and challenge yourself to become the greatest version of yourself — even if your competition is the past version of yourself.

The Pyramid of Success Mortar

No structure is built without individual blocks being firmly held in place. When looking at the diagram of the pyramid of success, you’ll notice that there are additional 10 blocks by the sides of each layer.

These are what coach John Wooden calls “the mortar” of the pyramid. These are inner values that contribute to a successful person — the left side is “The Force of the Human Spirit,” and the right side is “The Strength of Human Character.” At the top is what is known as “The Pinnacle”.

The Force of Human Spirit

The Strength of Human Character

How to apply the pyramid of success

A signed print of the pyramid of success appears on an office wall in Ted Lasso, the Emmy-award winning comedy about an American Football coach hired to manage a British football team.

Star and producer Jason Sudeikis was influenced by Wooden’s pyramid after a basketball coach introduced him to it at college. He later used the pyramid while teaching improv comedy: “I would bring in laminated copies like a freaking PE teacher and diagram on them with a dry erase marker,” he told the Futbol Podcast.

As Sudeikis demonstrates, the pyramid of success can be applied in a number of ways. Like John Wooden himself, not only can they be used as a point of reference for your own path of success, they offer a structure to teach others. If you’re in a leadership position, consider taking your team through the pyramid of success and encouraging people to reflect on how much they are embodying each of the behaviors.

Personally, I’ve taken time to reflect on the building blocks, and how well integrated these qualities are. It’s an illuminating and inspiring exercise. Start with the base, work through each quality, and consider: how well am I embodying this building block? What can I do more of? For example, you might realize you’re ranking high in your work rate, but could do with additional support by collaborating with others.

Wooden’s life philosophy has offered a gift to those looking to structure success into their lives. No single framework is a magic ingredient. But as one of the most successful sports coaches in history, Wooden understood success more than most. Combined, these building blocks put success into its proper perspective.

So, build upon what you’ve integrated, take a shot at the successful life you dream of, and develop a winning mentality that’ll support your journey, no matter how that looks to you.