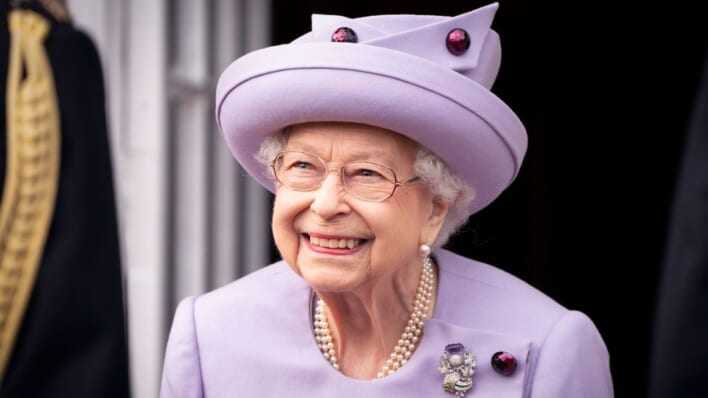 Queen Elizabeth’s Most Inspirational Quotes on Life, Love, and Family

While Queen Elizabeth II may have passed away, her charitable works, family life and legacy remain imprinted worldwide.
By Stefanie Hanrahan    September 14, 2022

While Queen Elizabeth II may have passed away, her charitable works, family life and legacy remain imprinted worldwide.

Her Majesty Queen Elizabeth II was the longest reigning monarch until her death on September 8, 2022, at the age of 96 years old. In addition to the UK, she reigned over 14 other commonwealth countries, met with US presidents from Truman to Biden (all except for Lyndon B. Johnson), was the first female royal to join the armed services (as a mechanic), and had a voice message sent into space for the Apollo 11 astronauts on the first moon landing. Oh, and she also managed to find a moment to sit down with Paddington Bear for a spot of tea.

While tradition remained the utmost of importance of service to the crown, perhaps one of the Queen’s most endearing characteristics was her quick wit and sense of humor. With nearly a century of being in the limelight, Queen Elizabeth’s outlook and quotes on life have been chronicled. As well they should be, whether humorous, insightful or motivational, Queen Elizabeth knew her way around a sentence.

“Grief is the price we pay for love.”

“My husband has quite simply been my strength and stay all these years, and I owe him a debt greater than he would ever claim.”

“Like all the best families, we have our share of eccentricities, of impetuous and wayward youngsters and of disagreements.”

“The birth of a baby brings great happiness, but then the business of growing up begins.”

“If I am asked today what I think about family life after 25 years of marriage, I can answer with equal simplicity and conviction. I am for it.”

RELATED: Mourners Grieving the Queen’s Death at Buckingham Palace Stunned by a Shocking Sign in the Sky

“Life, of course, consists of final partings as well as first meetings.”

“I believe that, young or old, we have as much to look forward to with confidence and hope as we have to look back on with pride.”

“Over the years, those who have seemed to me to be the most happy, contented and fulfilled have always been the people who have lived the most outgoing and unselfish lives.”

On her husband, Prince Phillip: “He has, quite simply, been my strength and stay all these years, and I, and his whole family, and this and many other countries, owe him a debt greater than he would ever claim, or we shall ever know.”

“Anyone can get old—all you have to do is to live long enough.” (The queen quoting comedian Groucho Marx)

“I can never wear beige because nobody will know who I am.”

While walking in Scotland, a local stopped Queen Elizabeth to let her know she “looked just like the queen.” “How reassuring,” the Queen replied.

“I myself prefer my New Zealand eggs for breakfast.” Said after New Zealanders through eggs in protest.

The Princess Michael of Kent said the queen’s Corgis “should be shot,” Queen Elizabeth reportedly replied, “They’re better behaved than she is!”

A gardener once explained how lilies of the valley are potentially poisonous. The queen shrugged, “I’ve been given two bunches this week. Perhaps they want me dead.”

Queen Elizabeth once ran into some American tourists in Scotland. Their first questions was “Have you ever met the queen?” The queen took a moment then pointed at her security protection “No. But he has.”

Perhaps not a fan of the Everly Brothers song “Cathy’s Clown,” the queen said, “They sound like two cats being strangled.”

During a visit to the White House, President George W. Bush stumbled over his words and thanked Queen Elizabeth for helping Americans celebrate their bicentennial in 1776, not 1996. Not one to miss a good joke, the queen began her speech, “I wondered whether I should start this toast by saying, ‘When I was here in 1776…’ ”

ON waiting for her grandchildren to be born, “These wretched babies don’t come until they’re ready. They don’t come to order.”

“Everyone is our neighbor, no matter what race, creed or color.”

“It has always been easy to hate and destroy. To build and to cherish is much more difficult.”

“When life seems hard, the courageous do not lie down and accept defeat; instead, they are all the more determined to struggle for a better future.”

“Some cultures believe a long life brings wisdom. I’d like to think so. Perhaps, part of that wisdom is to recognize some of life’s baffling paradoxes such as the way human beings have a huge propensity for good, and yet a capacity for evil.”

“Often a child’s helplessness and vulnerability bring out the best in us.

“Although we are capable of great acts of kindness, history teaches us that we sometimes need saving from ourselves–from our recklessness or our greed.”

“No age group has a monopoly of wisdom, and indeed I think the young can sometimes be wiser than us. But the older I get, the more conscious I become of the difficulties young people have to face as they learn to live in the modern world.”

“Perhaps we make too much of what is wrong and too little of what is right. The trouble with gloom is that it feeds upon itself and depression causes more depression.”

Dad Goes on a Date With 9-Year-Old Daughter – Suddenly, a Stranger Hands Him a Note After Observing Them Stories

Law & Order’s Christopher Meloni Has One Partner in Crime and It’s His Wife of 27-Years, Sherman Williams Celebrities
Follow Us Online
Motivation