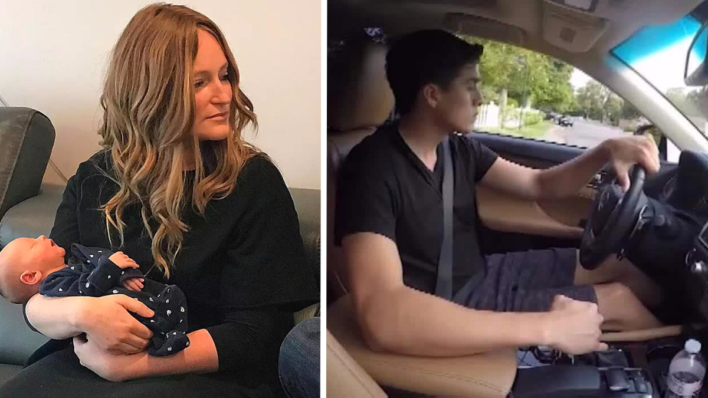 When a woman gave birth to her baby in an Uber rather than at a hospital, one driver stepped up in the best way possible.
By Joel Balsam    February 20, 2022

When a woman gave birth to her baby in an Uber rather than at a hospital, one driver stepped up in the best way possible.

Raymond Telles was working an average Uber shift when suddenly, something he least expected occurred. He was called to pick up a pregnant woman and her husband on their way to the hospital to deliver a baby boy. Since it was the Sabbath, the couple, who is Jewish, didn’t want to drive there themselves, so they called the rideshare.

But mere minutes after setting off, the woman screamed for an ambulance to be called.

“We get a couple of blocks down, and that’s when she started feeling pain and she started screaming on the top of her lungs and saying, ‘Call 911,'” Telles told Fox 11.

Action in the backseat

Telles pulled over into a grocery store’s parking lot, thinking that the baby would be coming out soon. But when he looked over, he saw the baby’s head was already breached and knew the mother would be delivering it any second.

I thought I would have to get out. We would have to position her or something, just lay her down in the backseat, but within seconds of her water breaking, it came out.

The woman, Erica Davidovich, had the baby in his backseat and was taken to the hospital by paramedics shortly after.

The baby’s father, Niv Davidovich, said he credits the Uber driver’s calm demeanour for helping the delivery go as smoothly as possible.

“I think he was all part of the miraculous evening,” he told People, “because I can certainly imagine that if I showed up in a car and two-and-a half minutes later we’re in the middle of this maelstrom, there are certainly a lot of people who would be less calm and less accommodating. He was super chill, and I was very appreciative.”

Speaking to Fox 11, Telles said the situation was simply wild.

This is a crazy situation, I’ve never been in this situation. I never would have thought it would have got to that.

In life, you never know when a dramatic situation can happen, but in those inevitable moments, you have two options: One, freak out; two, be calm and reassuring. Clearly, this Uber driver was the latter, and that’s what makes this story so wonderful.