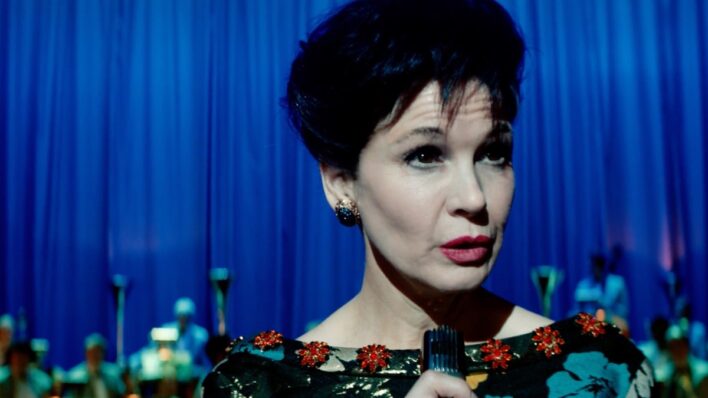 Renee Zellwegger has made a triumphant return to Hollywood after a 6-year absence but exactly prompted her break from the movie world?
By Maya Khamala    February 5, 2020

Renee Zellwegger has made a triumphant return to Hollywood after a 6-year absence but exactly prompted her break from the movie world?

On the 2nd of February 2020, the inimitable Renée Zellweger added a second BAFTA to her long list of awards and accolades after winning best actress for her portrayal of Judy Garland in Judy. She also recently made her Netflix debut in the thriller miniseries What/If.

If you’ve paid any attention to Zellweger’s trajectory over the years (or if Bridget Jones ever won your heart over), you probably know this latest action marks quite a comeback for the actress. Her return with such a tour de force also prompts questions about her long absence from the movie scene.

In 2010, after winning an Oscar for her third consecutive Academy Award nomination—but also after her career had suffered a series of flops—Zellweger suddenly chose to take a break from Hollywood.

Who could blame her? She had been working nonstop since 1994, with her roles in Jerry Maguire, One True Thing, Bridget Jones’s Diary, Chicago, and Cinderella Man. Some years, her annual output was up to 4 movies! In any case, once she went on her break, Zellweger stayed away for 6 years, and no one heard much from the once prolific Texas-born starlet.

Upon her 2016 on-screen return with Bridget Jones’s Baby, Zellweger told Vogue UK, “I was fatigued and wasn’t taking the time I needed to recover between projects, and it caught up with me. I got sick of the sound of my own voice: it was time to go away and grow up a bit.”

As a creative person, saying no to that wonderful once-in-a-lifetime project is hard.

However, the actress insists that her self-imposed vacation was well worth it, and that living life out of the public eye was something she needed in order to recharge and rediscover normalcy, anonymity, and life.

You cannot be a good storyteller if you don’t have life experiences, and you can’t relate to people.

She needed rest from her public persona

Zellweger has credited her friend, fellow actress Salma Hayek with helping her realize she needed to stop and smell the roses.

“She shared this beautiful … metaphor? Analogy? ‘The rose doesn’t bloom all year … unless it’s plastic.’ I got it. Because what does that mean? It means that you have to fake that you’re OK to go and do this next thing. And you probably need to stop right now, but this creative opportunity is so exciting and it’s once-in-a-lifetime and you will regret not doing it. But actually, no, you should collect yourself and, you know … rest.”

Let’s be real: choosing rest in the face of continued opportunities for career growth is not something many of us are capable of choosing—with or without the financial independence that would enable us to do so. And yet continual, exponential growth isn’t sustainable, nor is it healthy much of the time.

Zellweger says her therapist also helped her focus more on health and happiness. “He recognized that I spent 99 percent of my life as the public persona and just a microscopic crumb of a fraction in my real life,” she said.

“I needed to not have something to do all the time, to not know what I’m going to be doing for the next two years in advance. I wanted to allow for some accidents. There had to be some quiet for the ideas to slip in.”

In 2014, after 4 years out of the limelight, Zellweger made a rare public appearance, which immediately triggered a whole boatload of charming online speculation about whether or not her break thus far had entailed a trip to the plastic surgeon.

In response, she wrote a courageous response, which revealed the reasons why she had taken a vacation to begin with and explained why she didn’t pay the haters any mind.

“My friends say that I look peaceful. I am healthy,” Zellweger wrote. “For a long time I wasn’t doing such a good job with that. I took on a schedule that is not realistically sustainable and didn’t allow for taking care of myself. Rather than stopping to recalibrate, I kept running until I was depleted and made bad choices about how to conceal the exhaustion. I was aware of the chaos and finally chose different things…”

And—in an interview with New York magazine, Zellweger responded to the plastic surgery rumors specifically: “[The] implication that I somehow needed to change what was going on because it wasn’t working – that makes me sad. I don’t look at beauty in that way. And I don’t think of myself in that way. I like my weird quirkiness, my off-kilter mix of things. It enables me to do what I do. I don’t want to be something else,” she said.

Her personal letter to the Huffington Post titled “We Can Do Better,” she condemns the double standards and the over-scrutiny of female artists. “It’s no secret a woman’s worth has historically been measured by her appearance,” Renee wrote.

By putting her foot down, Renee wanted to denounce and expose the tabloids that exploit women’s appearance for a living.

The pressure of celebrity life, especially on women, is difficult to imagine. In Judy, Rene explores the tragic last years of an icon of cinema, Judy Garland.

Since her breaking role in The Wizard of Oz, Judy Garland was thrown into a life under the spotlight at a very young age. She grew up in front of cameras. However, what could have been a prolific career ended up precipitating her to an untimely death at only 47 years old. The cause was an unintentional overdose of barbiturates.

Garland’s later years were riddled with failed relationships, some of them with physically and mentally abusive partners. These were men in the industry, like her tour manager Mark Herron or Sidney Luft. Her finances had also been badly handled by her staff and representatives.

Judy’s story is a cautionary tale and the ability to play her role was also an interesting parallel to Rene’s own grievances with the industry. As she told The Washington Post, during the filming Judy, she realized how the young actress was deprived “of the ability to acknowledge her own value,” by the very world that bred her persona.

However, she also acknowledges a crucial difference between her and Judy, which has allowed her to take the distance she needed in order to reassess her life. Whereas Judy seemed to depend on other people’s approval, Renee never let that be a deciding factor behind any decision she made.

It always came back to the work for me. I was more interested in not disappointing my collaborators. Because, where Judy was made to feel that she would be replaced if she didn’t measure up to whatever it was they decided her image was going to be in order that they should market her in a successful way, I wanted [‘Jerry Maguire’ director] Cameron Crowe to know that I was grateful for the opportunity.

During her break from Hollywood, Renee was able to rediscover other parts of herself. She returned to school, travelled the world and visited her family. She also dedicated some time to gender advocacy and helping her friend and publicist, who had been diagnosed with amyotrophic lateral sclerosis.

Unlike the poor Judy Garland, whose life under the spotlight always pressured her to be performing–whether in front of the cameras or simply to live up to her persona–Renee took a firm step back, for herself.

Why she refused to forget herself

Zellweger has said that before her break she was last on her own list of priorities, and that she realized she was depressed, likely as a result of this self-alienation.

Taking time away from the constant focus on her weight and appearance—which, sadly comes with the fame for most women celebs—helped her get her priorities straight. “I had a good five-year period when I was joyful and in a new chapter that no one was even aware of,” she said, adding that she always kept a certain distance from Hollywood, and that she has always seen moviemaking as her work, and as separate from her social life.

Perhaps, this is the outlook that helps keep Zellweger, now 50, grounded, healthy, and naturally radiant. While many actors (and people in general) forego self-care and self-love in favor of relentless action, all-consuming ambition, careerism, and looking good to others, I think many of us can learn a lesson or two from Renée: if you forget yourself in the whirlwind, withdraw and retreat until you can surface again.