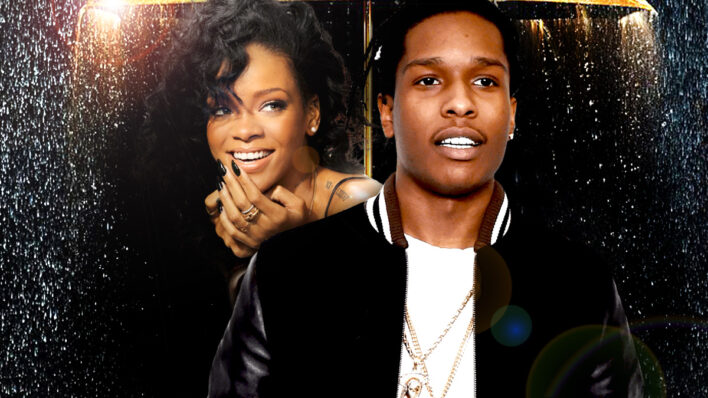 How Rihanna & A$AP Rocky Proved Friendship Is Essential to Romance

Rihanna and her rapper beau A$AP Rocky have been turning heads with their sizzling chemistry! Here’s what the billionaire musician has to say about their relationship, and how it can help your own love life.
By Shaoni Das    April 19, 2022

Rihanna and her rapper beau A$AP Rocky have been turning heads with their sizzling chemistry! Here’s what the billionaire musician has to say about their relationship, and how it can help your own love life.

She has achieved everything she’s aspired to do, and then some. Since her pregnancy announcement in late January, the artist has been on cloud nine, flaunting her baby bump with pride and joy whenever she goes, not bothering to mask the significance of the moment and what it means for her.

Rihanna has never shied away from discussing her aspirations of motherhood; she was always going to find a way, with or without a man. In this case, however, she does have someone by her side: A$AP Rocky.

The rapper and Rihanna have been together since as early as 2019, though it’s only recently that the two have visibly displayed their love for each other in public. As one can imagine, it’s not an easy feat to capture Rihanna’s heart: you have to be someone really special — and have done something really special — to convince her to give you a chance.

Thankfully, Rihanna’s latest Vogue interview sheds some light on the origin of their romance and how they’re preparing for parenthood.

Rihanna on A$AP Rocky’s Journey through the “Friend Zone”

In the profile, Rihanna opens up about her first meeting with A$AP Rocky and how his unconventional approach worked in his favor.

Many will remember a 2012 VMA performance in which Rocky joined Rihanna on stage for the latter’s rendition of ‘Cockiness.’ The duet ended up being so charged and fraught with mischief that Rocky couldn’t help but pull an incredibly aggressive move. “He grabbed my ass on stage. That was not part of the rehearsal!” she told the magazine.

Rihanna’s entourage prepared for the worst and was fully braced for the Barbados singer to unleash her anger on the rapper. Instead, she let it go. “My manager was like, ‘Oh, God, she must like this guy a little bit. She never lets this s*** slide,’” she remarked.

Like many couples before them, Rihanna and A$AP Rocky didn’t necessarily feel a romantic connection from the jump: it was a feeling they had to nurture over a long period of time. Their first focus was to forge a beautiful friendship that could stand the test of time.

Once the friendship had developed, and they knew they could trust each other with their lives, they sought to deepen the bond and explore what simmered underneath.

People don’t get out of the friend zone very easily with me […] And I certainly took a while to get over how much I know him and how much he knows me, because we also know how much trouble we can land each other in.

Indeed, she had to go through an internal journey to discover what she really wanted from him and figure out whether they could make sense as a couple, at the very least. Though the chemistry had been uncovered a while ago, both hesitated to take the first step, knowing how delicate the entire matter was. “I certainly took a while to get over how much I know him and how much he knows me, because we also know how much trouble we can land each other in,” she told the magazine.

And so they maundered and dawdled and stumbled around each other, aware of their attraction to each other but afraid of the consequences. However, as the pandemic hit, the two chose to form their own COVID-19 bubble.

It was during this lockdown experience that the two realized their mutual desire and how they had grown to love each other over the years. “He became my family in that time,” said Rihanna. She also detailed a long, meandering road trip they undertook from Los Angeles to New York City, where Rihanna would “grill barefoot” and Rocky would “tie-dye T-shirts picked up at the gas station.”

The road trip sealed the deal — new memories, transformative experiences, and quality one-on-one time that allowed them to get to know one another on an unprecedented level. By the time they completed the journey, a relationship had sprung into life. Speaking about why she cherishes him, Rihanna said, “I love the simple things but also the grand adventures. There’s no pretentious my-brand-your-brand bulls***, it’s just us living.”

RELATED:Why Ben Stiller and Christine Taylor Reconciled – and What It Teaches Us about Love

Though the couple is plagued daily by rumors and judgment and intrusion, it doesn’t bother them in the slightest. When you know you’re in it for the long haul, you don’t need anyone else’s good wishes. Besides, Rihanna says her closest family members love the rapper, including her dearly beloved mother. “There are some guys that I’ve dated that she won’t even look at to this day. But she was charmed by him from the jump,” said RiRi.

I just feel like I can do any part of life by his side […] What I love the most about us? Transparency with everything: how we’re feeling, what our goals are, what our fears and insecurities are.

At the end of the day, if A$AP Rocky has the stamp of approval from Rihanna’s loved ones, why does the public think it has any right to impose their opinions on the couple? From Rihanna’s point of view, she’s ready to spend the rest of her life with Rocky and trusts him enough to raise a child with him.

Everyone knows how secretive Rihanna is about her love life, so to have her sing praises about her significant other is nothing short of remarkable and does speak volumes about the work A$AP Rocky has done in building a partnership with her.

You should never begin a friendship hoping it will eventually turn into a relationship.

Ideally, friendship should never cease to exist, no matter where you stand as a couple. A$AP Rocky spent years developing a rapport with Rihanna, one that was based on trust and respect and admiration, and possibly, the occasional flirtation. He had no guarantees Rihanna would go on to return his affections romantically, but still, he waited and persisted and tried.

That’s the best thing you can hope for: delivering wonderful experiences and a shoulder to cry on, and just genuine company. It doesn’t matter if there is no potential for anything more; as long as you’re focused on the moment and not the destination, it will be worth your time.