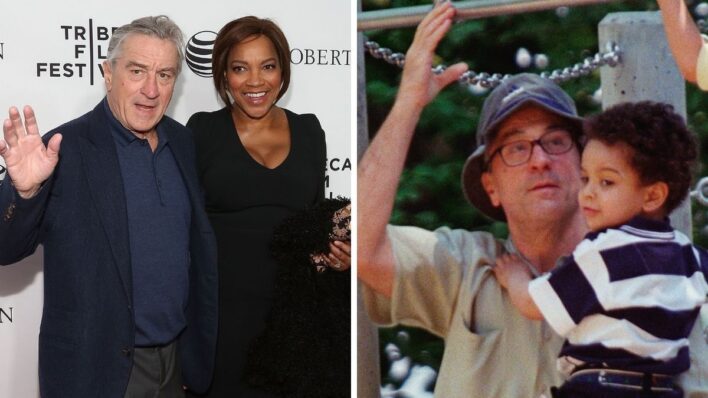 As one of the greatest actors in our generation, Robert De Niro has always commanded a great deal of attention,
By Shaoni Das    March 1, 2021

As one of the greatest actors in our generation, Robert De Niro has always commanded a great deal of attention, interest, and collective admiration from the public. He’s been acting for well over fifty years and has absolutely changed the course of film history with his striking and thoughtful performances. He has the uncanny ability to elevate a movie through a five-second appearance or just two lines of dialogue.

Given Robert is in his late seventies, the press isn’t flocking to cover him as they used to. Therefore, the public, by and large, don’t have a lot of insight into his personal life, which has been as complicated, surprising, and turbulent as his on-screen roles.

Many people may also hold certain stereotypes about Robert’s demeanor, attitude, and parenting style purely due to his age. However, if you take a closer look into Robert’s marriages and his children, you might understand that the stereotyping and the assumptions don’t do anyone any favors.

Like any other parent, Robert is trying to make sense of an ever-changing world and what it means for his children, all of whom are in different stages of their lives and face unique challenges accordingly. By examining Robert’s evolution as a father, we could pick up a lesson or two on how we interact with our parents and children.

As is commonplace among the Hollywood crowd, Robert hasn’t had much luck in love. He’s been married twice, and both his marriages have unfortunately ended up in divorce.

His first wife was actress Diahne Abbott, who he wed in 1976. Diahne co-starred in Robert’s award-winning film Taxi Driver and also took part in a handful of films over the eighties. Throughout their twelve-year marriage, Robert and Diahne had one child, Raphael, born on November 9, 1976. Robert also adopted from Diahne’s daughter Drena from another relationship.

Raphael was a child actor for a few years, appearing in films that featured his father, such as Awakenings and Raging Bull. He attended New York University but did not graduate. In 2003, he received his real estate broker’s license and was so successful in selling houses that he was one of the top ten sellers at his firm Douglas Ellison for multiple years.

Raphael and Robert are both partners in the Greenwich Hotel, a luxurious five-star hotel in Tribeca. Raphael also grabbed headlines in 2015 when he held the most expensive property listings in New York— a line of townhouses valued at $120 million. Raphael was married to Claudia DeMatos for seven years, and the pair had three children together.

Drena, on the other hand, has had a much more notable acting career. She first started as a model before moving on to becoming a fashion consultant and DJ. In the mid-90s, she found a knack for acting, which she followed up with an extensive filmography. Her most recent role was in A Star Is Born. She lives in New York City with her son.

Robert and Diahne divorced in 1988. In the very same year, Robert commenced a relationship with model Toukie Smith, which lasted for eight years. Though the two never married, they conceived two sons, Julian and Aaron, via in vitro fertilization. Their surrogate delivered the boys in 1995. A year later, Robert and Toukie split up.

Robert’s second and more recent marriage was to actress and philanthropist Grace Hightower. The two had an up-and-down marriage but did manage to make their marriage work for twenty years. Their son Elliot was born in 1998. A year later, Robert and Grace announced that they were getting divorced. However, they managed to patch things up, and they renewed their vows in 2004. Their second child, Helen Grace, was born in December 2011 via surrogate.

Very little is known about Julian and Aaron De Niro as they’ve been kept out of the public eye and don’t maintain public social media accounts. However, Elliot De Niro is also a man of mystery, but Robert has spoken out in the past about Elliot being on the autism spectrum.

There are great moments and moments of sadness. Sometimes you’re the last person [the children] want to deal with. It’s like when you walk your kids to school, and they get older and they don’t want to hold your hand or kiss you goodbye.

He said it’s a “scary” time to have biracial children

Since all his children are biracial, Robert has been learning first-hand what it’s like to live under the heated circumstances of the contemporary United States. At the peak of the Black Lives Matter protests in June 2020, Robert went on The Tonight Show with Jimmy Fallon and spoke about his experience of raising biracial children.

Robert has been raising biracial children for nearly fifty years, so he’s seen how civil rights movements have changed, evolved, and grown over time. Yet, he can also attest to how certain things have not changed and continue to be an issue in the country even today.

My children are all half black, and I don’t have, even me, I take certain things for granted. When people say that, they tell their kids, ‘Keep your hands [out] when you’re stopped by any cops, keep your hands on the steering wheel, don’t make a sudden move, don’t put your hands below, don’t do this,’ you understand that.

Robert De Niro on The Tonight Show with Jimmy Fallon

Robert is all too familiar with the anxiety and the ever-present sense of cautiousness that comes with needing to protect your children. Especially if you feel like your children are under threat for reasons not within their control. He said that “it’s scary” and that “it has to change.” He has advocated for change within the current policing system and has said that cops that don’t seek to protect the community and are instead targeting minorities don’t “need to be there.”

Robert has also admitted that fatherhood is “not easy” for him

Robert and Grace’s divorce was initially perceived as amicably, but recent events have detailed that it’s indeed a complicated and expensive divorce case, worsened by the COVID-19 pandemic. Robert and Grace are fighting over alimony as Robert’s financial situation has deteriorated in the past year due to government lockdowns, particularly concerning his two business ventures, Nobu and The Greenwich Hotel.

But ugly divorce proceedings haven’t stop Robert from caring about his children. He holds them in his heart and tries to meet them as frequently as he can. He’s admitted that not every day is going to be cheerful or bright. There are rough and challenging days, to which any family will be able to attest. The key is to take those dark times in stride and move on.

I love my children, just being with them. [But] It’s not easy. When you have the good moments [though], you forget about the ones that weren’t good.

Robert De Niro to US Weekly

The fact that Robert can openly acknowledge that he is not the perfect father already gives him a better shot at rectifying the situation than most other fathers out there. Being able to recognize the problem is the first step to resolving it. And even in his seventies, he’s keen on being the most attentive, gentle, and understand father possible.

Robert has also given his two cents on what he thinks about his children pursuing acting as a profession. He doesn’t have a definite opinion about it, but like any other healthy parent, he wants his children to find fulfillment in whatever vocation they take up. He’s eager for his kids to find their “own lane,” to get out from his shadow and make their own discoveries in this crazy world.

For my kids, I tell them, ‘If you want to be an actor or you want to do this or that, that’s fine as long as you’re happy. Just don’t sell yourself short.’ That’s the most I would say — push yourself a little more and reach for what you really think it is you want to do.

Robert is very upfront about his qualities as a father and how he’s continually trying to improve and reckon with the modern expectations of fatherhood. He’s had biracial children for a long time and has always had to be careful about what that means in the modern world. He will fight for his children, but he will also admit to fighting with his children.

He shows us that as long as we’re trying to be a better person or a better parent, we’re doing a reasonably good job. It’s when you stop trying that you have to wonder if you’re really a good parent at all. Having this little bit of self-awareness is half of the hard work, and the rest will just take care of its own. If you want a fun resource for entertaining your children, check out our article on Winnie the Pooh quotes.