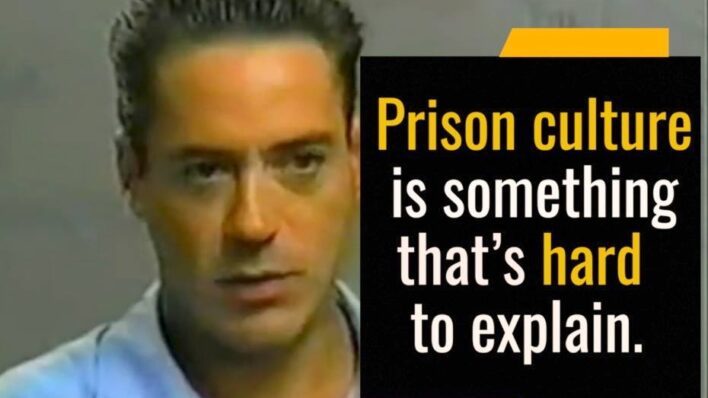 Robert Downey Jr.: Never Give Up

Robert Downey Jr. – Never Give Up

Robert Downey Jr. recounts his struggles with drug addiction and incarceration, and says the most important thing is to decide to get better, and to never give up.

Robert Downey Jr.: Prison culture is really something that’s hard to explain. It’s opened my eyes to a lot. I think first it was just kind of a shock as I really … I don’t know why, but for some reason I expected that I was going somewhere and it was like, “The treatment center that is next to the prison.” When I got here and it was like, it was a prison yard. Came here and I was like, “Wow.” You see razor wire fences, you see a lot of correctional officers. Some armed, some not. All of whose job basically, is to protect society from you for the time being. And that sends a message. It’s not a self-esteem builder. I had to look at that too because I have been called a menace to society.

Judge: I’m running out of resources to keep you out of State prison. I’m going to incarcerate you in a way that’s very unpleasant for you. I’m doing that because I believe, if you understand that’s where you’re going, maybe it will save your life.

RDJ: It’s like I have a shot gun in my mouth and I’ve got my finger on the trigger and I like the taste of the gun metal.

I had no intention of making my public, my private life and my career so very difficult. And yet I believe, as I sit here today that I hope it’s for some higher purpose. It’s easy to embrace hopelessness when things seem insurmountable, and yet it’s actually just a matter of time until all of the elements come together for things to be alright. I believe that most difficult situations will resolve themselves if you are persistent and if you don’t give up entirely. And that’s what I never did, I never gave up. It’s not that difficult to overcome these seemingly ghastly problems. You just have to-

Oprah: You are saying that it’s not that difficult?

RDJ: No. What’s hard is to decide. Most difficult situations will resolve themselves if you are persistent and if you don’t give up entirely. And that’s what I did, I never gave up.