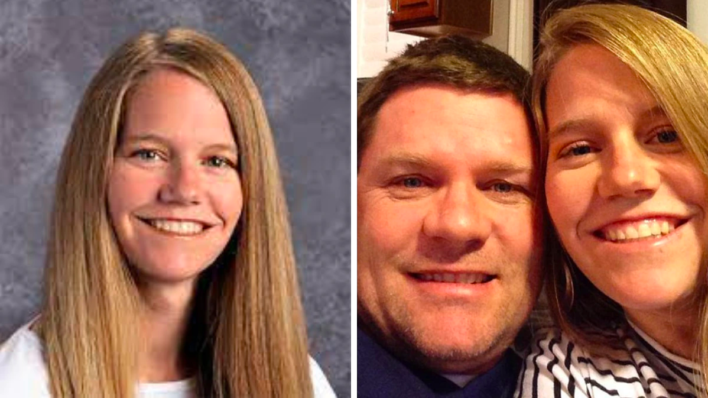 When we think of a sixth sense, we are usually referring to a phenomenon like identical twins connecting even while
By Bryan Liquor    August 10, 2021

When we think of a sixth sense, we are usually referring to a phenomenon like identical twins connecting even while continents apart. However, one wife’s incredible intuition proves that it can be experienced between lovers too.

One afternoon in Saratoga Springs, Utah, Scott Mayhew was in his garage working under his car when disaster struck. The vehicle slipped off the jack and came crashing down on his chest.

He called out for help for over an hour, but to no avail. In agony and with almost all hope lost, he told ABC that there was only one saving grace: wife Nicole Mayhew.

“There was a lot of pain. I felt the car crushing me. I just knew if I hung on long enough, my prayers would be answered and she would know to come home”

There was just one small problem: Nicole was miles away at work.

Send me an angel

Despite being nowhere nearby, Nicole sensed that something wasn’t right at home.

“I had this feeling come over me that I needed to go home and check on my husband,” she recalled to ABC news.

Sure enough, when she entered the garage, she found her husband and father of her five children trapped under his Ford Explorer. He was badly hurt, but alive.

“I was scared, but since I could hear him, I knew he was still alive. I kind of heard him say, ‘Help me, love'”

A neighbor helped Nicole use a jack to pry the vehicle up until paramedics arrived. Scott was flown to the University of Utah hospital, where he was treated for six broken ribs and other internal injuries.

“I consider him extremely lucky,” said one of the paramedics, Chad Pate. “I really think with her coming home as fast as she did in the time that she did, he could have lost his life had he been under the car much longer than that.”

The good fortune of having a guardian angel for a wife isn’t lost on Scott.

“She’s a very strong woman and I’m lucky to have her.”

You don’t have to be religious, spiritual or a Taylor Swift fan to appreciate the power of love. It builds a bond that goes beyond the physical, into a force stronger than anything that powers our cellphones or fuels our cars. In times of need, it rises to the occasion, just like Nicole.

Scott will be the first to tell you that all of his prayers were answered long ago, on the day he met his angel.