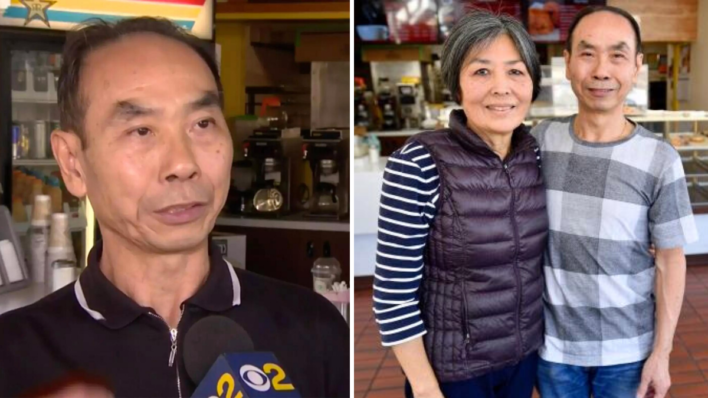 A proud and hardworking business owner was overwhelmed when his community of customers showed up when he needed them most.
By Sophie Babinski    July 19, 2022

A proud and hardworking business owner was overwhelmed when his community of customers showed up when he needed them most.

Dealing with the illness of a loved one is never easy. In fact, it can be one of the most challenging things you ever do. Not only is it an emotionally difficult thing to deal with, it is also financially and logistically challenging.

As much as we want to drop everything and spend time with our sick loved one, life has to go on and bills still need to be paid. One small business owner in California was able to juggle it all when his wife became ill thanks to the generosity of his community.

Why The Seal Beach Community Bought Donuts Every Day

For nearly 30 years, 62-year-old John Chhan and his 63-year-old wife Stella have worked together behind the counter of their business, Donut City Shop in Seal Beach, California. One day, customers noticed that Stella was missing from behind the counter. When they asked what was going on, John told them that she had suffered a brain aneurysm and was home recovering.

His customers immediately wanted to start a GoFundMe for John and Stella to support them during their hard time. John refused, stating that their shop had been successful and they had more than enough resources to properly care for Stella. He insisted that he would work his shift every day until inventory sold out, and then go spend time with his wife. His customers, accepting that John was too hardworking and proud to accept their charitable donations, made another plan.

Customers spread the word and came together every morning to buy out the donut shop’s entire inventory. The customers created a newsletter to let others know what they were planning, on top of the word of mouth strategy that they had already implemented.

How One Community Proved The Importance Of Being Good Neighbors

The shop opens around 4 a.m. every day, and customers have been visiting in droves, selling everything out by 12 p.m. The shop, which usually closes at 2 p.m, had closed early every day and allowed John to spend a few more hours each day with his beloved wife.

They’re such sweet, hardworking people. I thought, if enough people would buy a dozen donuts every morning, he could close early and go be with his wife.

John and Stella built a successful business together and were ready to enjoy the benefits of everything they had done; unfortunately, health issues got in their way.

However, thanks to the support of their customers and community, they were able to continue to thrive in their business while taking the time they needed to be together and get Stella healed. We should all look to the customers in Seal Beach for inspiration on how to be good neighbors.

community is important
“There is no power for change greater than a community discovering what it cares about.” – Margaret Wheatley
Tags
Share
← Prev Post Next Post →