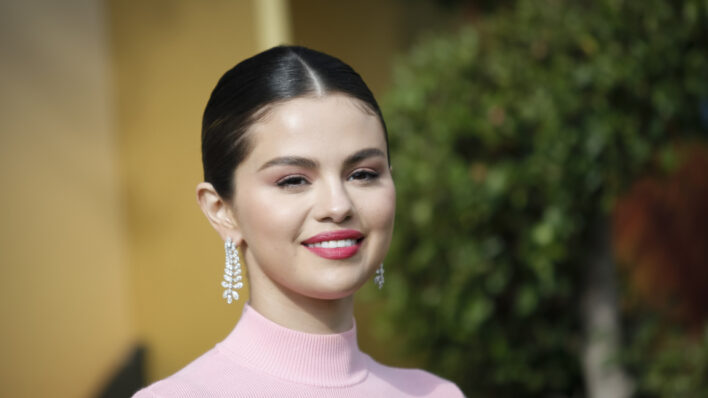 Selena Gomez has been branded as a bitter and jealous ex by the public but the reality of her life is much more different–and positive.
By Shaoni Das    April 27, 2020

Selena Gomez has been branded as a bitter and jealous ex by the public but the reality of her life is much more different–and positive.

How does a woman whose entire life has been shaped by media narratives begin to forge her own path? By getting rid of the toxicity, that is. As we all know, that’s much easier said than done. How do you even begin to identify those “toxic” things in your life and then further take the necessary measures to remove them?

Selena Gomez could teach us a lesson or two.

It’s no easy feat navigating the ins and outs of media pressures. On top of that, the star has had to deal with a number of health challenges behind the scenes. Her high-profile relationships with Justin Bieber and The Weeknd have done her no favours in terms of public scrutiny either. When the going gets this tough, it can feel more and more overwhelming to take steps and find your own self amidst the chaos.

However, Selena did just that. She took a four-year break from music and used that bit of time to find herself and put an end to the most toxic, unhealthy elements of her life. That process has helped her gain a new understanding of her past relationships and her musical style; today she is an open book and someone who isn’t afraid to reflect and think positively about her past.

Turns out, taking a break does indeed pave the way for personal growth.

During that four-year break from music, Selena Gomez was involved in a relationship with Canadian singer-songwriter The Weekend. They were only together for about 10 months but as is the case for most celebrity couples, every aspect of their relationship was captured by the press and plastered all over the tabloids.

While the pair never announced why they split, it’s believed by People magazine that long-distance may have played a part in the dissolution of their relationship. Shortly before their break-up, Selena Gomez was also photographed having a brief reconciliation with ex Justin Bieber.

She’s been single for over two years now and has found so many unexpected perks in her singledom.

I love going to my room at the end of the day. Just me and my dog. I got the full granny panties situation, stretched out in my bed. I’ve been single for over two years now … I’m OK with that.

Her time being single also allowed her to make discoveries about her own mental health. As she was developing her album Rare, she was able to gain insight into what was happening mentally. Before, she had low self-esteem but being able to recharge and focus on just herself allowed her to feel empowered as a whole.

Just last month, the singer revealed that she was diagnosed with bipolar disorder. But it was a massive relief for Selena as she learnt that it’s more than possible to get help for her condition and find the right people to trust.

She prioritized finding the right crew of people to work with

Whatever may be the case, it’s clear that being free of romantic entanglements was exactly what Selena needed to focus her energies into her work. First, she took the time to reflect on her emotions and past experiences, so that she could express them through her sound.

Then she went about gathering a group of fellow songwriters and producers who would actually give her the best possible chance of succeeding and being authentic. In an interview with the New Music Daily radio show, Selena discusses that she had to implement some major changes in how she went about selecting her team.

In the past, she revealed that she was afraid to call out producers and take charge of the studio. So she just got used to letting others make the big decisions for her and her career.

As a whole, her entire songwriting process suffered as a result, and that, in turn, hindered her creative instincts. However, her time off allowed her to rethink her practices. This time, she decided to work with people that not only challenged her but also supported her wholeheartedly.

They were times during the recording process for Rare when she considered giving it all up, but her crew kept her motivated and reminded her what it’s like to be a musician after all.

I think I just found my group, and I think I’m getting better and better, but I only know that that means it’s because of the people I’m surrounded by that inspire me, that challenge me.

Many might not know that Selena Gomez is the fifth-most followed individual on Instagram. A healthy social media following has become essential in the entertainment industry; it can make or break a celebrity’s clout in more than many ways.

This is why it’s quite monumental that the young singer decided to take a two-year break off Instagram and Twitter in 2018. Selena’s said that social media platforms play a rather huge part in setting up unrealistic expectations for women in terms of beauty and body.

In her announcement, she said that she wants to step back from social media to “live [her] life present to the moment” she’s been given. She also said that negative comments hurt people’s feelings.

When someone as fabulous and powerful as Selena Gomez feels threatened by social media toxicity, you know it’s time to pause and consider what she’s saying.

When I was out of social media, I was so much happier with just me, myself, how I looked, and that helped a lot.

However, Selena did make a comeback to the platform in January of 2020. Since then, she’s said that she wants to be more intentional with her social media posts.

She told Amy Schumer in Interview Magazine that she likes reaching out to fans who are undergoing similar medical issues. In this sense, being on social media gives her access to discuss issues that matter to her but also connect with fans who may be seeking some inspiration in their time of need.

A huge part of why I have a platform is to help people. That’s why I think I’m okay with the magnitude. I mean, I’m not really okay with it—but I’m going to say that I am because it’s worth it. I know that I’m making someone somewhere feel good, or feel understood or heard, and that’s worth it for me.

She mended fences with her exes

Selena’s personal life has often been treated as an object of public attention. Her exes, Justin Bieber and The Weeknd have since gone to date other famous women since calling it quits with Selena.

However, Selena isn’t interested in badmouthing her exes or their new partners. First, she made it clear that there isn’t an issue between her and Justin Bieber’s wife, Hailey Bieber.

Next, she told Billboard that her relationship with The Weeknd. She said that she feels proud that they still continue to have such a true friendship and that she’s never experienced something like this before.

They ended the relationship as best friends, and they continue to encourage and support each other in any way possible. The singer even recommended her ex’s song in a Spotify playlist very recently.

One of the most underrated aspects of getting rid of toxicity is actually saying goodbye to all negative feelings. Selena could have easily harbored resentment toward her exes for whatever reason, but she knows that being bitter and sullen does no one any favors. It’s better to appreciate those relationships for what they were and acknowledge that genuine good things emerged out of them.

There always comes a point in a person’s life where they have to put their foot down and take action. Selena Gomez realized that getting rid of the most “toxic thing” out of her life was crucial to her journey as a singer and musician. And she couldn’t do it without a solid core of people on whom she could rely.

I had to start opening up because people were taking away my narrative and it was killing me. I’m so young and I’m going to keep changing, and no one has the right to tell me how my life’s going.

For some, moving away from toxicity is as simple as moving to a new city or changing jobs or breaking off relationships; for others, it’s a multi-tiered operation that will require time, patience, and some hard choices.

Whatever may be the case for you, you need to know that building a clean slate is what matters at the end of the day. The amount of possibility that is afforded to you when you cleanse yourself of the negativity and the toxicity is immense, and you can’t think twice about it.