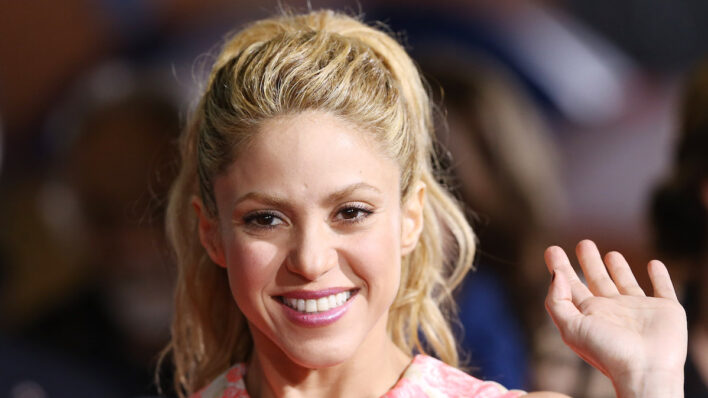 Shakira Fought to Reclaim Her Legacy From Her Ex-Boyfriend

Shakira has been around for over three decades and won’t let anyone claim her achievements. Check out her inspiring story.
By Flavia Medrut    January 31, 2020

Shakira has been around for over three decades and won’t let anyone claim her achievements. Check out her inspiring story.

For over three decades we’ve been delighted by Shakira dancing and singing and wondering at how she manages to do both at the same time.

Considering the talent and the confidence the Colombian singer shows on stage, can anyone believe that someone would actually claim that they’re responsible for her success?

But before getting into this story, let’s see what shaped Shakira as a person and as an artist, and why she’s a winner, with or without help from others.

Shakira is no stranger to tragedy

When Shakira was only two years old, her brother died in a motorcycle accident. Only a few years later, her father’s jewelry business went bankrupt. They lost everything they had.

Soon after that event, the girl was sent to live with her uncle as her parents were devastated and needed some time to come up with a solution to their problem. By the time she got back, everything was different — they no longer had a car and her father was forced to sell even their home furniture in order to pay his debts.

Shakira was too little to understand her parent’s business failure and the fact that they couldn’t afford anymore the nice things she was used to, infuriated her. So her father decided to teach her a few things about gratitude.

He took her to a park where families with children lived in the dirt, hungry and barefoot. She couldn’t believe her eyes, but the images she saw that day taught her a great deal about the value of things and why she should be grateful for what she still had.

I remember my father walking me by a park and watching the street children who lived there. They were my age and their faces didn’t look all that different from mine or my friends’, yet these children truly had nothing.

It was in that moment that getting out of poverty and helping out others became her main goals for the future “She Wolf”.

She was the girl who used to sing like a goat

When Shakira was only eight years old she started writing and composing music. She also loved to dance and soon got the nickname “the belly-dancer girl”. Apparently everyone appreciated her dancing skills, but her voice, not so much.

Luckily, her father was there to encourage her and let her know that her voice is amazing. That’s how Shakira’s dream of becoming a singer was resuscitated after everyone around her had almost destroyed it. She embraced her unique voice and after years of hard work, she built an empire on it.

During ten years of her career, the singer collaborated with ex-boyfriend Antonio de la Rua, but pretty soon after they broke up, Shakira decided to also end the collaboration. Of course, de la Rua didn’t take the news very well and decided to sue her, claiming that he was the one responsible for Shakira’s entire success.

But a “She Wolf” knows her worth

According to de la Rua, he and the singer had an “oral agreement” that stated he would manage and promote her career. Once Shakira decided to cut him off, he sued her for $100 million — the amount he believed the star owed him for terminating their partnership.

De la Rua insisted that he created the “Shakira brand”, and while the singer admitted he was one of her numerous advisers, she doesn’t believe he is the one to thank for her success. After all, when they first met, Shakira had already established an international career.

Since there were no written agreements in existence, de la Rua didn’t get a penny as the Court dismissed all of his claims. Now, the star is clearly just as successful as she was while Antonio was “taking care” of her brand.

I have moved on in my life and could not be happier now. I hope this harassment will now come to an end.

Sharing success with those in need

Shakira still remembers how she felt when her father showed her the children living in the streets. She promised herself that in the future she would do anything in her power to help them.

In a letter published on Newsweek, Shakira reminisced on her days growing up surrounded by poverty.

Despite our situation, my parents wanted me to know that it could be far worse. At that moment, I promised myself that if I was ever able to help, I would.

She kept her promise. Two years after she released her music album Pies Descalzos (Barefoot, 1995), she created a charitable foundation in Colombia that bears the same name. Along with her career progress, Shakira expanded her foundation to many countries all over the world.

Thousands of the poorest children out there are now receiving nutritious meals, quality education, counseling, and above all, a chance to pull themselves out of toxic environments. All of these, thanks to a little girl that once made a big promise, and did not forget about it.

Shakira has showed us that she has a big heart, but she is not one to mess with. She knows her worth, worked an entire life for her success and won’t let anyone claim ownership of her career, not even someone with whom she spent a decade with.

Inspiring and vibrant, Shakira has already rocked some of the biggest stages around the world. Now in a happy relationship with soccer player Gerard Piqué, with whom she shares two sons, she has long moved on from the shadow of her ex-boyfriend.

Today, on top of having been a performer at the FIFA World Cup in 2010, she has also added Super Bowl performer under her belt. She did not let bad events in her past change her or detract her from her goals, and that is something we can all learn from.