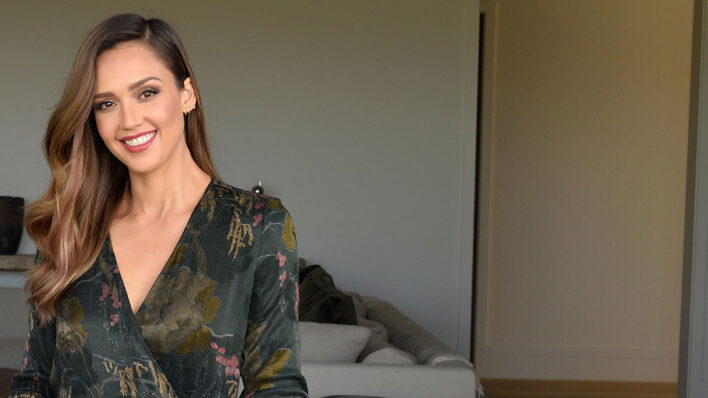 Jessica Alba was an A-list actress known for her beauty and action chops when she felt called to create a business that would be “honest.”
By Maya Khamala    November 13, 2019

Jessica Alba was an A-list actress known for her beauty and action chops when she felt called to create a business that would be “honest.”

Life is a many-splendored thing. And as we humans evolve (albeit slowly), career moves that were traditionally considered more daring or even unwise, are becoming bold and even, well, natural.

But in an era where switching careers mid-course, or else diversifying and doing multiple things at once is fast becoming the norm, starting your own business from nothing can still be scary as hell. It’s big– and if you’re a woman, it can seem even more daunting to do what so few have done before you.

While it’s true that being famous may seem like a pretty big advantage when starting a business, we can still learn from our favorite stars. Take actress Jessica Alba, for instance.

Alba is all-too-aware of her popularity, but rather than flaunt it, she’s harnessed it to help build her business, The Honest Company, which owes much more to its success than Alba’s face.

Alba, the star of hit movies like Fantastic Four, started to form the idea of The Honest Company right around the time her first child was born in 2008.

After experiencing an allergic reaction to laundry detergent marketed for babies, she started researching some of the most commonly used chemicals in every day products, and rightly ended up lobbying congress for chemical reform. Much like her entrepreneurial husband, Cash Warren, Jessica decided to take it a step further.

The Honest Company launched in 2012 with 17 products, with sales reaching $10 million in that very first year, according to Vanity Fair.

Now, The Honest Company offers a wide range of human friendly products, from “eco-friendly” patterned diapers to bug spray, and organic belly balm. Products typically list out all ingredients used in their products– along with a list of harmful chemicals not included.

So far, Alba’s business venture, which recently celebrated its 7th birthday, was valued at around $1 billion in 2017, has raised $503 million in funding, and catapulted her reputation from A-list actress to entrepreneur extraordinaire.

She changed herself to change the world

When she first began building her business, in spite of her fame, Alba admits it wasn’t easy.

“I just felt so alone on this journey,” she shared on the CNN podcast Boss Files with Poppy Harlow. She admitted that having trouble asserting herself was a big part of the challenge. “It’s tough when you’re the only woman in… the board room.”

At the start, Alba was one of 3 co-founders, the rest of whom were men, and she says there was a discrepancy in priorities. But, she has emphasized a significant truth that takes many an entrepreneur years to learn:

She said, “I shouldn’t be the only one who understands the consumer and cares about the consumer. But the issue was, you know the mindset was, that when you build something from nothing, is you’re really having the business revolve around a business model, versus building a brand and being consumer-centric.”

She walks the walk

So far, despite the inner tensions and juggling of priorities that seem to characterize many a business venture, Alba’s desire to create an honest, diverse, integrity-driven company that caters to consumers first and foremost seems to be winning out.

Currently, 65% of The Honest Company’s employees are women. That said, only 3 out of 9 executives— Alba included— are women. This is not lost on her, which is why the company has also increased its efforts to help women within its ranks rise up.

“We’re … creating a program inside of the company, so no matter where you come in, at any entry-level job or up, there’s a path for you,” Alba told Poppy Harlow, “…to get you up to where you want to go in your life, and up to that C-suite executive capabilities. “So we’re going to have a curriculum, and a program and a mentorship in-house … for women specifically. It’s necessary.”

Don’t be afraid to change course for a new dream

Maybe you’re in consulting but you harbor a secret sadness that your custom cake company has yet to come to life and may never be—because, hey, it’s just a silly dream, right? Think again.

Will it be easy? Probably not. Expensive, difficult? Maybe, yes. But one thing’s for sure: if you know in your heart that starting your biz of choice is necessary to keeping your spirits up where they oughta be, it will be worthwhile.

To build a successful business, never be afraid of capitalizing on your strengths, just as Alba has used her fame expand and expound upon her vision.

Alba, for one, is happy with her choice. Of her company, she says, “It’s my baby! I’m so proud of it … I believe we’re changing the conversation. You never really heard about toxic chemicals in products before. It wasn’t that commercial when we launched [seven] years ago. People weren’t questioning ingredients or whether there was a safe alternative. Some people were, but they were sort of looked at as like, ‘Oh, you’re a hippie.’ But now it’s mainstream… Hopefully, it will allow people to live better and healthier lives because they’ll at least know what to avoid.”

As Bob Dylan once said: “You do what you must do and ya do it well.”