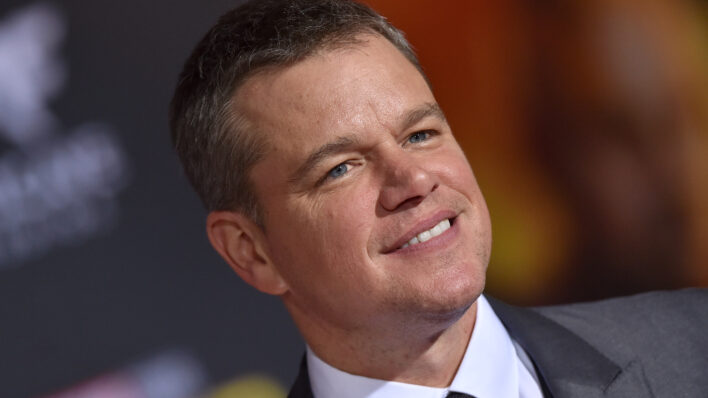 Matt Damon does a lot of work behind and in front of the camera, but that doesn’t stop him from
By Aly Walansky    February 1, 2019

Matt Damon does a lot of work behind and in front of the camera, but that doesn’t stop him from taking the time to help those less fortunate.

In 2009, Matt Damon teamed up with Gary White to launch Water.org, a charity that delivers safe water and sanitation to everyone. That group has been tremendously successful but there’s still so much work to do. As of now, the group has provided clean water and hygiene to over 16 million people.

And, according to a recent interview with CNBC, the idea for this came from how he grew up.

“I think a lot of it came from my parents. My mother did take me to Mexico and to Guatemala and I did get to see extreme poverty up close as a teenager and that had a profound effect on me,” the award-winning actor told CNBC’s Tania Bryer at the World Economic Forum last week in Davos, Switzerland.

Damon said that travel had a big effect on him as he was growing up, in that he got to see how other people were living, including those a lot less fortunate.

These are lessons he’s hoping now to pass on to his own kids.

“My wife and I are trying to do that with our kids, because it’s very hard as a child to understand the world outside of your own little neighborhood. So, that’s a real privilege that we have — to share that with them.”

Damon hopes to use his fame and name recognition as a tool to raise greater awareness about issues that a lot of people in the western world don’t pay a lot attention to.

“I chose this issue because it’s massively complex. It’s interesting. It’s hugely important. It undergirds all of these issues of extreme poverty and nobody in the West is really talking about it and so it felt like the right (thing to do).”

Damon hopes that by attending events like the WEF Forum, he can further his cause of social responsibility.

“It’s different from four years ago. These companies, they really are (caring about social responsibility) — and that’s about the consumers moving them in that direction. It matters to consumers. It matters to millennials — like the partnership we have with Stella Artois, they are putting very real money behind this, because it matters to the people, it matters to their consumers,” said Damon.

He added that this has become a “wonderful thing” as everyone can have “a voice in this conversation.”