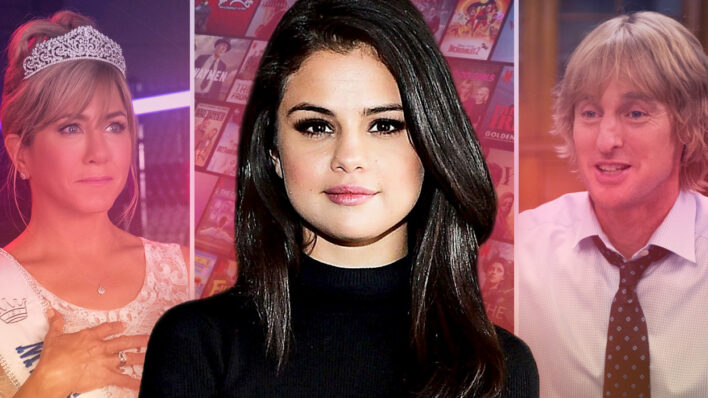 The constant flow of Netflix and streaming films is enough to make anyone’s head swim. Luckily, Goalcast is here to reveal the films that will lift you up and buoy you through life’s harder moments.
By Sarah Vanbuskirk    April 29, 2022

The constant flow of Netflix and streaming films is enough to make anyone’s head swim. Luckily, Goalcast is here to reveal the films that will lift you up and buoy you through life’s harder moments.

Uplifting and inspirational movies entertain, but they also leave us feeling hopeful, motivated, moved, and excited. An inspiring film can light a fire under you, touch your heart, and leave you wowed. An uplifting movie offers a sense of connection, capability, happiness, and love.

With the huge quantity of movie options available at any one time, deciding what to watch can be overwhelming at best. And even if you have a few ideas in mind, it can be challenging to settle on just one. After all, if you’re in the market for something uplifting — which is kind of our thing here at Goalcast — you want to be sure you’re picking something that fits the bill.

Luckily, with its sheer amount of choice, Netflix has you covered. Among its current offerings are dozens of wonderful, inspirational options, so there’s something for almost anyone. We’re here to help you narrow down that list to the top five fabulous, uplifting and inspirational films now available on the streaming service.

This outstanding 2017 film starring Julia Roberts is based on the 2012 bestselling novel of the same name. Wonder tells the touching story of Auggie, a kind-hearted, brave boy with a severe facial deformity, who is entering 5th grade after a lifetime of homeschooling.

The story follows his journey as he tries to belong in a world that often fails to see beyond his medical condition. He has to confront discrimination, unkindness and shallowness on his path to fitting in and learning that he is great, just as he is.

Wonder shows us the strength, perseverance and power of the human spirit, and will make you cry, laugh and feel in awe as it melts your heart.

Dumplin’ is a heartwarming 2018 comedic coming-of-age story about Willowdean “Dumplin’” Dickson, played by Danielle Macdonald. Dickson, who goes by “Will,” doesn’t feel accepted by her beauty pageant obsessed mother (played by Jennifer Aniston), who calls her Dumplin’ due to her larger size.

RELATED: 7 Scary Movies on Netflix for When You Need a Boost of Adrenaline

The film explores Dickson’s evolving sense of self-worth and the fraught relationship with her mom. This movie ultimately dazzles — just like Will does on the pageant stage — capturing your heart along the way. The characters learn what it means to be beautiful and what it means to truly see and love each other. And with original music by Dolly Parton, perhaps one of the most uplifting and inspiring people on the planet, what’s not to love?

While the hint may be in the name, it still might seem strange that a movie set in prison would be uplifting. And yet, that certainly is the case with this 1994 classic starring Morgan Freeman and Tim Robbins.

Shawshank Redemption was a huge success when it was first released, and enjoys continued popularity among critics and viewers alike. The film follows the unlikely friendship between two inmates at the Shawshank prison. The two men forge a strong bond over the course of many years, and eventually, find redemption through ingenuity, patience and mutual acts of kindness.

This film is inspirational because of the sheer goodness of its lead characters. Despite any crimes they may have committed, their underlying kindness, will to survive, tenacity and decency shine through.

This 2016 Christian drama offers the real-life uplifting story of author Christy Beam’s daughter’s near-death experience and unlikely recovery from an “incurable” illness. Based on the popular book of the same name, Miracles from Heaven stars Jennifer Garner as Christy Beam, Kylie Rogers as her little girl, Anna Beam, and Queen Latifah as their friend.

When it’s discovered that Anna has a life-threatening illness, her mother goes to great lengths to get her the medical treatment she needs. Anna’s prognosis does not look good, which challenges the family’s faith. However, a strange accident results in a change of diagnosis that her family sees as a miracle.

This film offers hope and a reason to believe in miracles. It tells us that inspiration, trust, faith, tenacity and love really can conquer all.

The Fundamentals of Caring, Starring Paul Rudd and Selena Gomez

In this gripping comedy-drama, Paul Rudd stars as Ben, a man who’s lost his way and is consumed by guilt after the death of his young son. As a way to avoid his feelings and looming divorce, Ben accepts a position as a caregiver to a disabled young man, Trever.

The duo end up on a road trip, and along the way, are joined by Dot (played by Selena Gomez) and a pregnant woman named Peaches. Each of the characters is searching for meaning, redemption and purpose in their lives — and they find it in various adventures on the road.

Kindness, forgiveness and caring are at the heart of this sweet, engaging story. You’ll end the film with a renewed faith in our ability to care and look out for each other, even for people we’ve just met. You also may discover the realization that sometimes it takes going the long way around to really find your way.