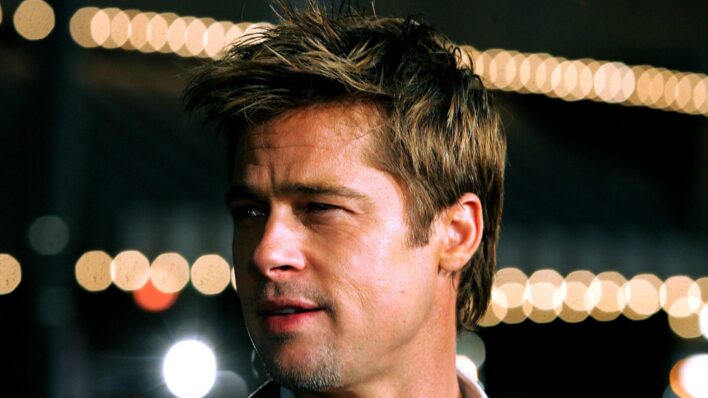 Nothing offers a boost of adrenaline like a great scary movie. However, if you’re like me, you’re not too keen
By Matt Valentine    October 10, 2018

Nothing offers a boost of adrenaline like a great scary movie.

However, if you’re like me, you’re not too keen on watching horror just for horror — and if you are, more power to you! It’s almost Halloween, after all.

What I like is a movie that gets my blood pumping and makes me think. The kind of movie that leaves you in your seat for several minutes after the credits, excited, perplexed, and dumbstruck all at the same time, reflecting on your life, the world, and possibilities.

Some shy away from scary movies because they don’t want to “subject themselves to the negativity” but I think that’s hogwash. If you believe your mind is so fragile that watching a scary movie will break your psyche, you’ve got bigger problems.

I enjoy getting riled up, and nothing’s gonna do that for you like a good scary movie.

So, if you’re ready to jump into the far reaches of the human mind, or if you’re just looking for a good hit of adrenaline, here are seven scary movies on Netflix you can watch right now.

This loose adaptation of Stephen King’s original novel is easily one of the scariest movies ever made. The sheer sense of isolation you feel throughout the movie is enough to chill you to the core. But, honestly, that’s just the beginning.

Easily one of Jack Nicholson’s best roles. If you’re looking to get your adrenaline pumping, saying this will do it is an understatement.

Easily one of my favorite dark movies ever, Constantine isn’t a classic horror film but definitely brings the scare in its own way.

Based on the DC comic book Hellblazer, Constantine is about an exorcist/detective (Keanu Reeves) of the same name who unravels a dark plot that involves everything from angels to the devil himself. It’s smart, different, and at times very scary.

3. Interview with the Vampire

Not a strictly scary movie– but most certainly scary — I have a soft spot for anything Anne Rice, so it had to make it to the list.

Interview with the Vampire is part of Anne Rice’s Vampire Chronicles, a collection of novels but only one of two which ever made it to film, which documents the journey of the vampire Lestat (played by Tom Cruise).

It’s not a completely faithful interpretation but it’s dark, thrilling, and romantic and offers a change of pace from the other titles on this list.

The Voices is probably weirdest film on this list, being essentially about a guy whose cat and dog talk him into doing horrible things.

As opposed to most movies which show the horror of being chased by said killer (Jason et al), this shows the killer’s point of view. Or, at least, one fictional killer’s interpretation.

It’s super creepy but also oddly funny (in a good way) and offers an insightful look into what the mind of a serial killer might look like.

Oh, did we mention the killer is played by Ryan Reynolds? Yeah…

This M. Night Shyamalan classic about a boy who can speak to the dead and his psychologist isn’t just creepy, it’s got one of the single greatest plot twists in cinematic history.

Without spoiling it for you if you, for some reason, haven’t seen it, suffice it to say that it’s got a subdued creepiness to it as opposed to other more outright frightening films on this list (such as The Shining).

Se7en is unlike anything ever made. David Fincher’s Se7en is about two detectives, played by Morgan Freeman and Brad Pitt, hunting down a serial killer whose victims represent each of The Seven Deadly Sins.

Like The Sixth Sense, Se7en also has a killer twist at the end that you’ll have to see to believe. Suffice it to say that you might want to watch this on an empty stomach, though.

Probably the least well-known film on this list, The Invitation is about a man named Logan who gets invited to his ex-wife’s house for a party.

The suspense picks up when he begins to sense that some odd things are going on, all the while you as the filmgoer are racing to put together the pieces to figure it out yourself.

There are some really cool psychological themes going on, in addition to the quiet horror the film evokes, so it’s tons of fun.